Playing dress up at the Goodspeed Costume Collection

With the booming success of FOX’s new hit show The Masked Singer, you may be surprised to know that Connecticut has its own impressive collection of costumes tu... 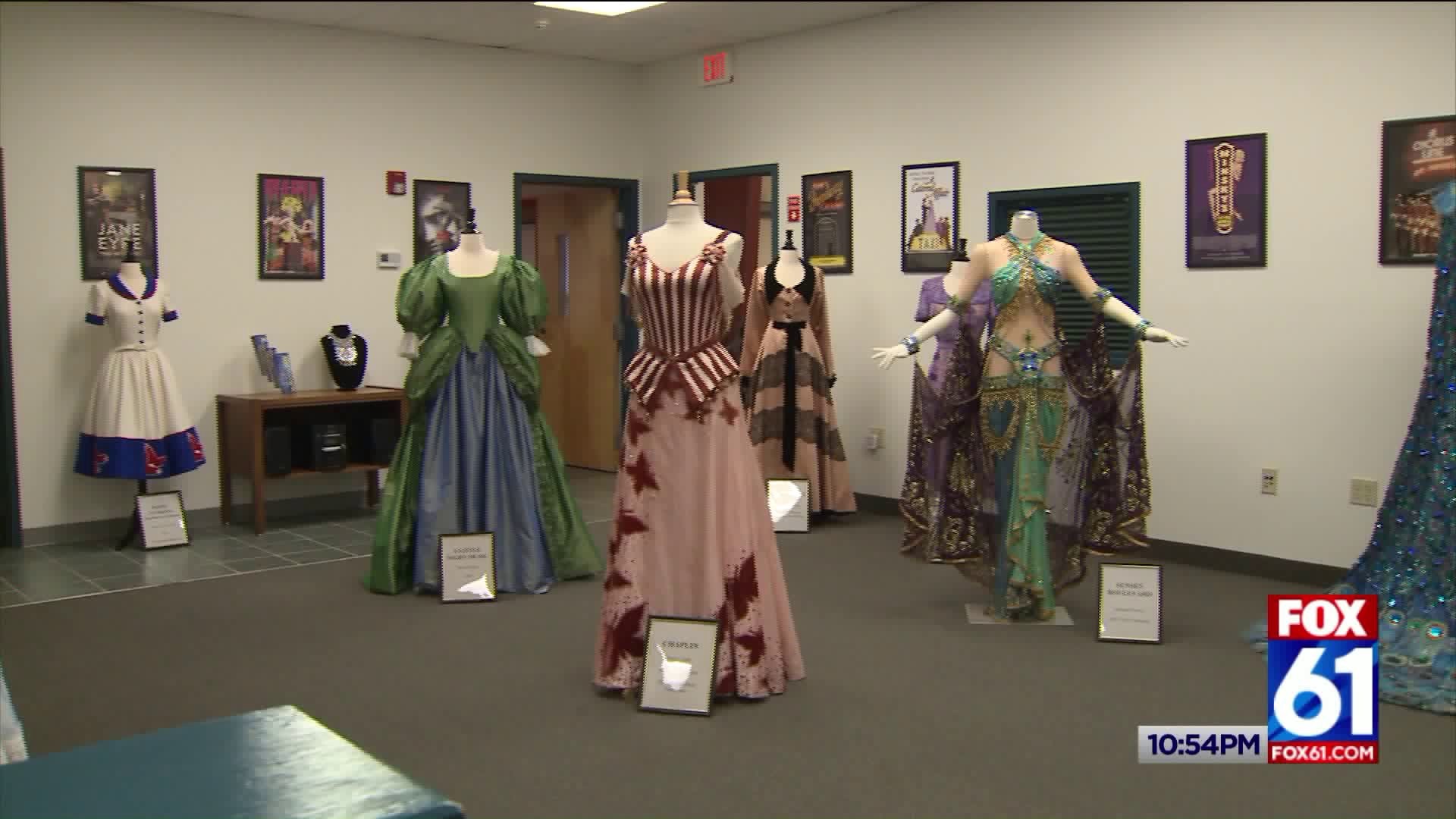 With the booming success of FOX’s new hit show The Masked Singer, you may be surprised to know that Connecticut has its own impressive collection of costumes tucked away in East Haddam.

Down what appears to be an old deserted road, into what looks like a normal unassuming office space with a few beautiful costumes.

“A lot of times will give people directions and will say just trust your GPS,” said Mark Adam Rempmeyer, Costume Rental Manager at the Goodspeed Costume Collection. “They don’t believe us, and they call us and they say, ‘I’m on a side road, there’s a cow on the left, and a horse on the right,’ and we’re like, ‘yeah keep going you’re almost here!’”

But beholds… the grand finale, a room filled to the brim with costumes and accessories and musical theatre history.

“The Goodspeed Costume Collection house is 220,000 hanging garments, as well as about an additional 50,000 accessories, and we rent to professional film, television, schools, colleges, literally all over the world,” said Rempmeyer.

“I have to say it’s massive,” said Dawn Barlow, costume rental assistant at the Goodspeed Costume Collection. “It has costumes that date back from the beginning of time until futuristic costumes and everywhere in between.”

The Goodspeed Costume Collection rents costumes for various types of shows and levels, dressing celebrities like John Stamos, Glen Close, and Queen Latifa, to name a few, as well as your teenage neighbor down the street.

“We take as much interest in pulling a production for a high school as we do for a film,” said Rempmeyer. “A couple years ago we set costumes to Budapest, and that’s sort of a cool feeling, thinking wow, what we’re doing here is literally traveling the globe.”

From the glitz to the glam, the chic to the every day, costumes transform a person into a character.

“You can make a millionaire feel sad, you can make a peasant feel grand,” said Rempmeyer. “There’s an excitement and direction that the right costume can give you.”

And when Keith and Margaux got to play, the Goodspeed gang knew the FOX61 morning anchors would want to see the transformation firsthand.

“Clearly, as a team you guys are up for anything,” said Rempmeyer. “So that was my first impression that we’re going to have a good time.”

Behind the scenes, Barlow does a lot of the organizing and pulling for designers, making sure these stories live on for generations to come.

“Preserving the collection is important,” said Barlow. “There’s things here that once they’re gone, we’re never going to get back, and really it’s the costumes that tell the whole history of musical theater.”

Barlow then works with designers in person to select the perfect costume for each show.

“When designers come in here it’s all about touching, feeling, trying it on a manikin,” said Barlow. “It’s definitely not a two-dimensional process, it’s four-dimensional, so you have your three-dimensional item, plus motion in time, it’s just so much more than what you can see on the screen.”

But as fun as these costumes might be, they are not available for personal rentals, but you might catch them in a show anywhere across the globe.

So what do these costume pros think about The Masked Singer?

“I think it’s really great that you can sort of go colorblind, gender blind, all of that stuff when you put that type of a costume on over someone, and it’s just take the guessing, and you just listen to the talent, and you listen to the voice and that’s hard to do,” said Rempmeyer. “Just listen to the person, and there’s a spectacle of the costume and that reveal is amazing. You see peoples chins drop because you’re used to looking at this image, no matter how grand or ridiculous, and you suddenly believe that the voice belongs to that, and when you strip away the costume you’re like oh it’s this person again that I know!”