HARTFORD — Hartford Police have made an arrest in the  fatal motor vehicle crash involving a scooter Thursday afternoon. Officers responded to reports of ... 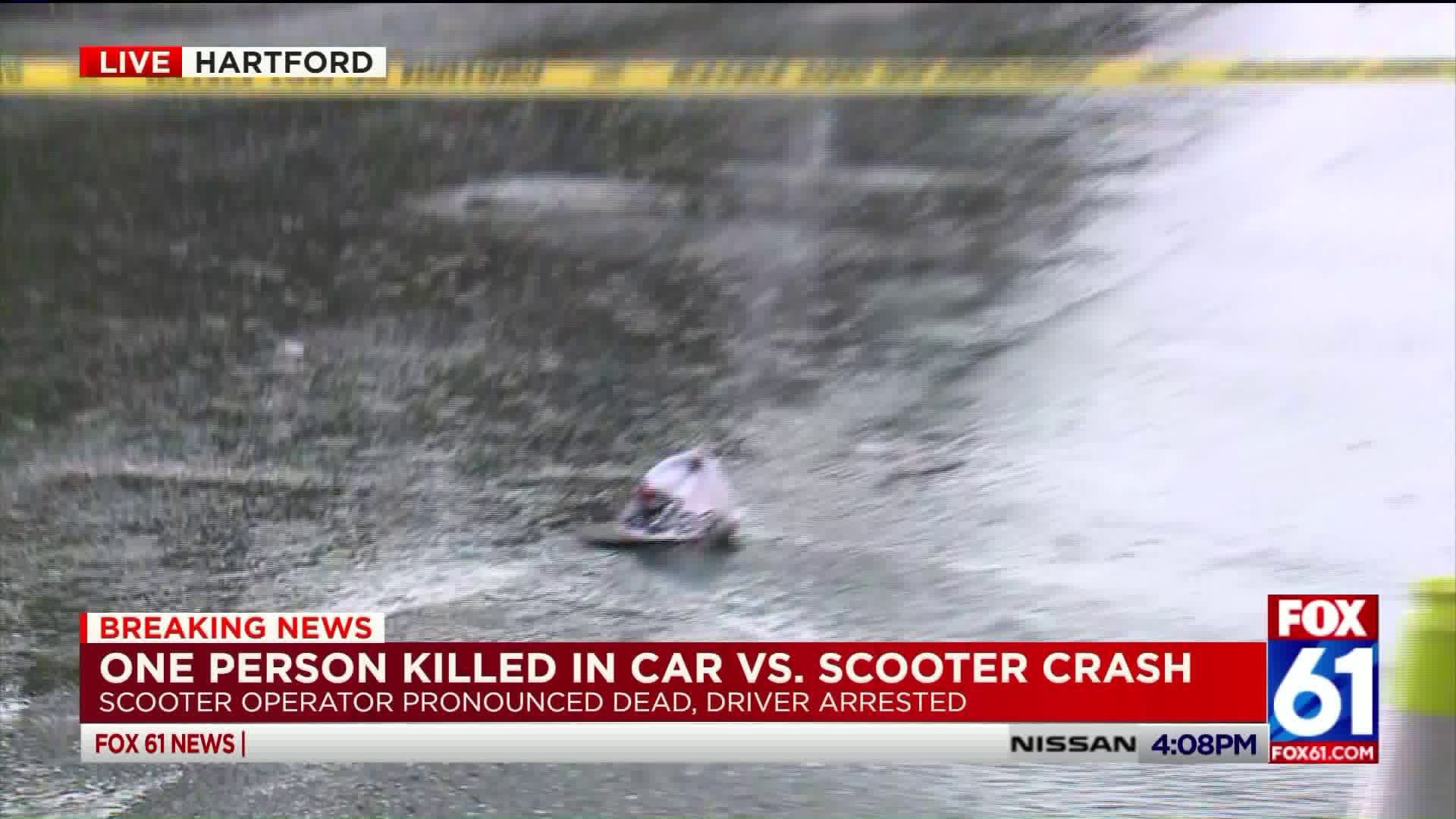 HARTFORD -- Hartford Police have made an arrest in the  fatal motor vehicle crash involving a scooter Thursday afternoon.

Officers responded to reports of an evading crash with injuries on Wethersfield Avenue shortly before 3 p.m.

According to police, officers found a damaged scooter in the road and its driver suffering from severe injuries.

The driver, identified as 57-year-old Rudy Cabrera was taken to Hartford Hospital where he was later pronounced dead.

Police say witnesses on scene described the vehicle that fled the scene following the crash.

Officers located the suspect vehicle at the corner of Stonington Street and Wethersfield Avenue with significant damage consistent with being involved in a collision, however the occupants had taken off on foot.

Following initial investigation, police determined Gonzalez was traveling north on Wethersfield Avenue, when he ran a red light in the "Left turn only lane" through the Morris Street intersection.

The vehicle then crashed into the scooter and Cabrera was thrown over 100 feet.

Gonzalez is being held on $150,000 bond and faces the following charges: Misconduct with a Motor Vehicle, Evading Responsibility Resulting in Death, Operating a Motor Vehicle Without a License, Failure to Obey Traffic Control Signal and Failure to Drive in the Proper Lane.

At this time, no other details have been released.

FOX61 will provide updates as soon as they become available.