Police continue the search for evidence in the Jennifer Dulos case 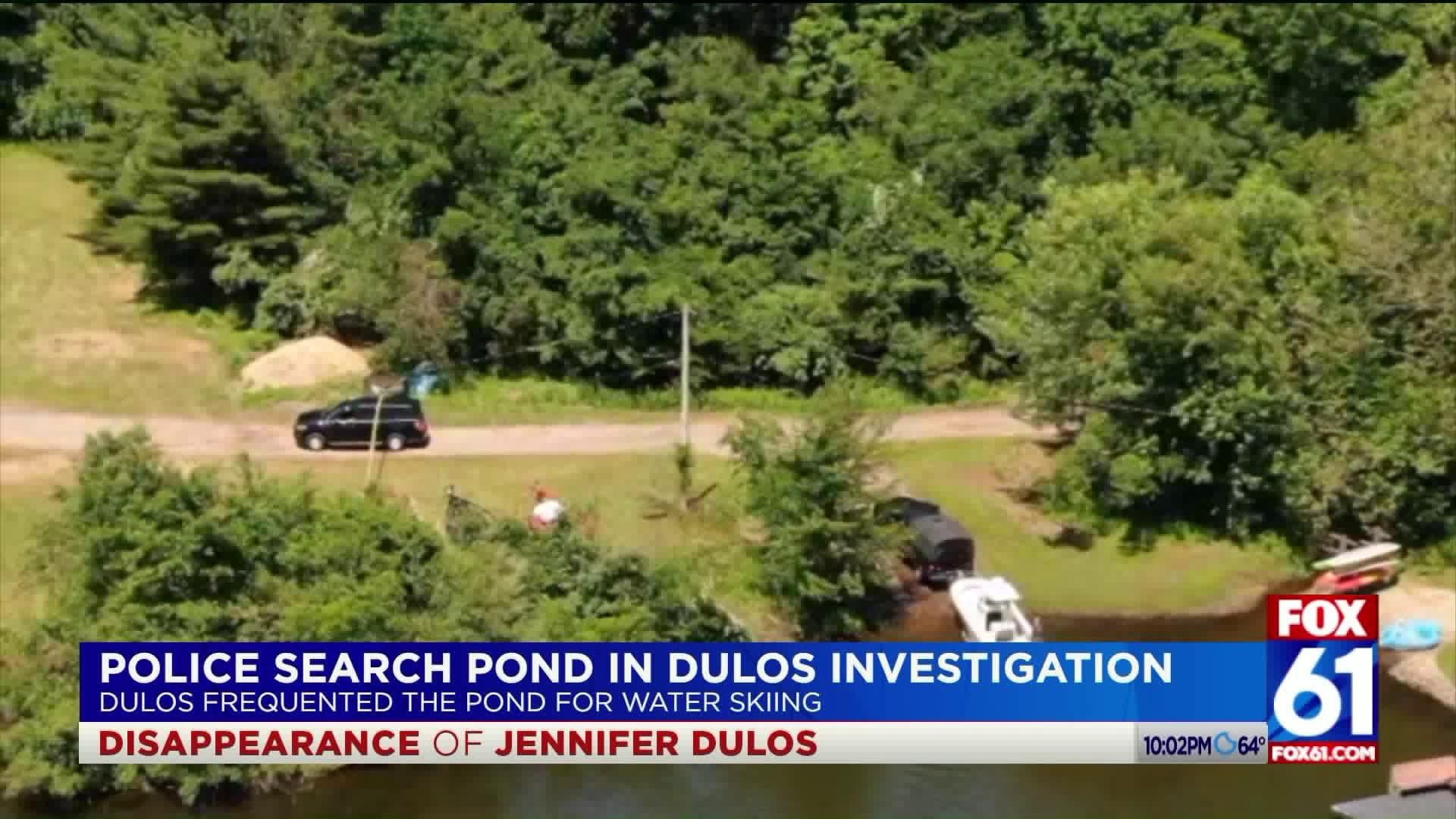 Drone footage from sky 61 caught police pulling out the boat divers used to search the pond.

The pond is privately owned and known for water skiing-- an activity Jennifer’s husband -Fotis Dulos - and their children partake in according to court documents relating to their custody battle.

Jennifer in her affidavit said:
“Our children’s mental and physical health is suffering as a result of my husband’s compulsive and abusive behavior with regard to the children’s participation in his obsession: water-skiing.”

Fotis Dulos' motion said two of their sons are world class water skiers who had not been able to practice for two years because Jennifer did not support their interests in water skiing.

Fotis and his girlfriend Michelle Troconis are both out on bond. They’re charged with tampering with evidence and hindering prosecution.

That information leading police to search the MIRA garbage plant. Investigators were at the trash incinerator for another day on Wednesday.

If you have any knowledge about Jennifer’s disappearance or her whereabouts, email the New Canaan Police Department’s dedicated tip line at FindJenniferDulos@newcanaanct.gov or call (203) 594-3544.