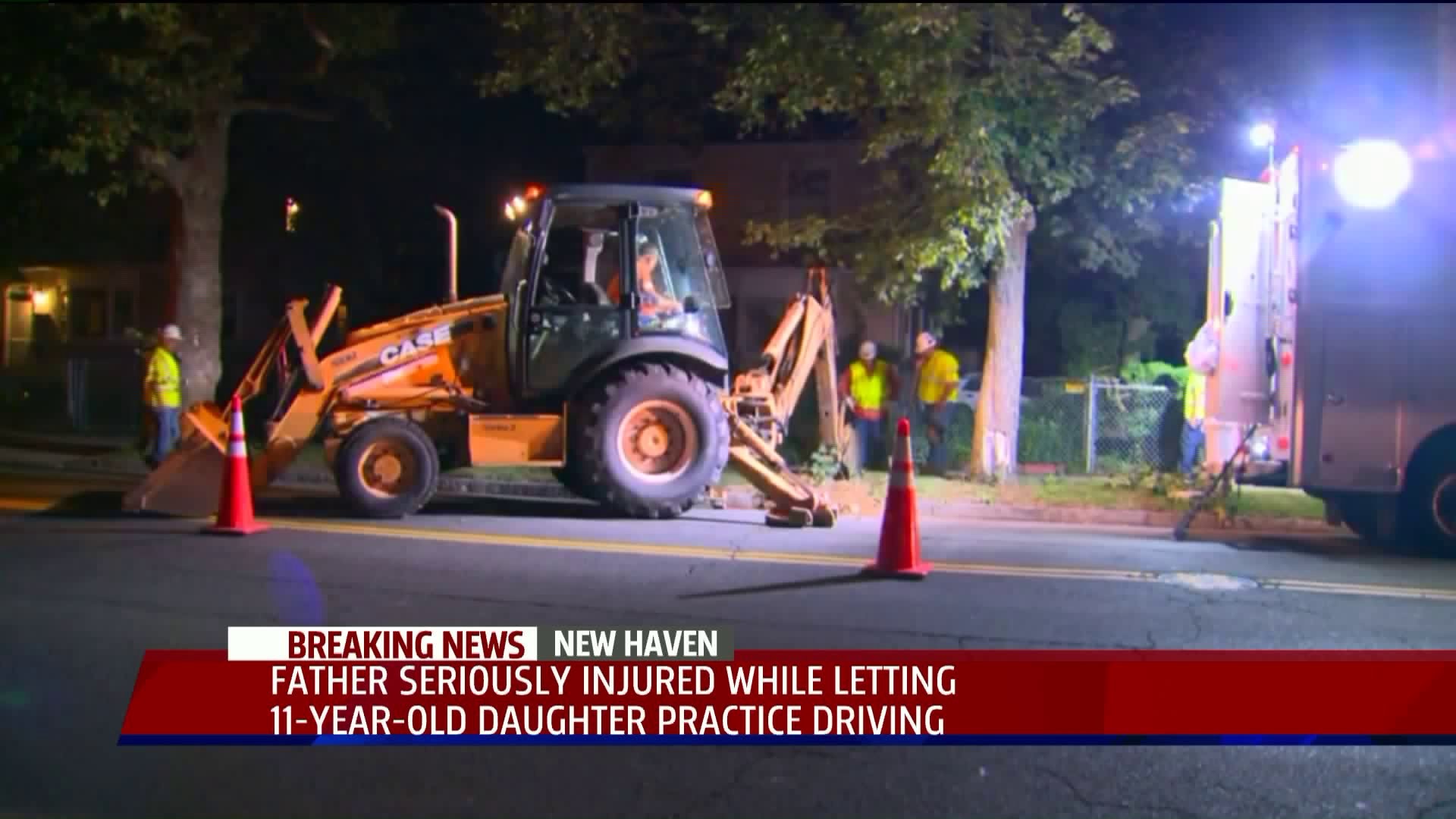 NEW HAVEN --  Police said a father is in critical condition after giving his 11-year-old daughter a driving lesson Wednesday evening.

New Haven police said they responded to a call of a car into a house around 5:15 p.m. Police said the incident occurred at 235 James Street. The 25-year-old father, according to police, was in the passenger seat while the child was driving.

Police said the child was practicing her driving in the parking lot of an apartment building on Grand Avenue. Officers said the car was in reverse instead of drive, when it started reversing out of the parking lot.

The dad then tried to get out and run to the other side as the car was backing up to get control. Police said the car went through a chain link fence and he was likely tripped before he was pinned between the car and a tree.

The car also hit the house and severed a gas main, said police. The dad is in the hospital with a serious laceration to his head and was conscious and alert at the scene. At this time, police said he's in grave condition at the hospital.

Police said the daughter is okay but is being checked out for precautionary measures.

FOX61 has a crew heading to the scene and will provide updates as soon as they become available.