HARTFORD – Video of a gun-toting drone is going viral online, with nearly one million views and countless comments. The drone is a “homemade multiro... 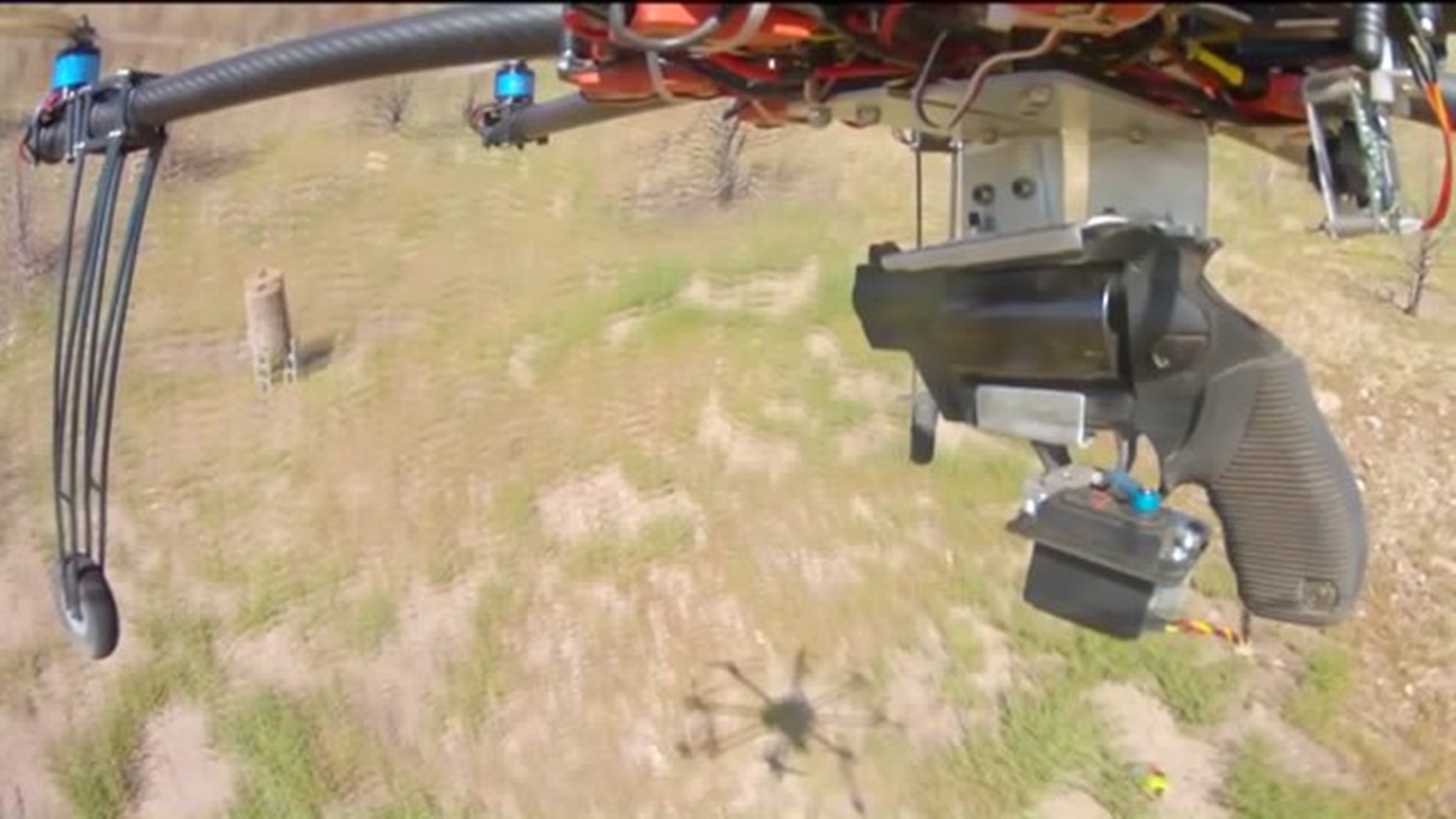 HARTFORD - Video of a gun-toting drone is going viral online, with nearly one million views and countless comments.

The drone is a "homemade multirotor with a semiautomatic handgun mounted on it,” according to the video's description on YouTube.

The 14 second clip only shows the drone flying as the gun fires several shots in a wooded area believed to be in Clinton.

The account is linked to Austin Haughwout, the same teen who got into a scuffle with a woman at Hammonasset State Park last year. That woman was charged with assault after hitting Haughwout when she spotted his drone, with a camera attached, flying above.

In this instance, police said, they haven't determined if Haughwout shot the video or if he even manufactured this drone.

Police also say, there doesn't appear to be a state law prohibiting this activity, especially if it was in an area where firearms can be used.

The Federal Aviation Administration tells Fox CT: "The FAA will investigate the operation of an unmanned aircraft system in a Connecticut park to determine if any Federal Aviation Regulations were violated.”