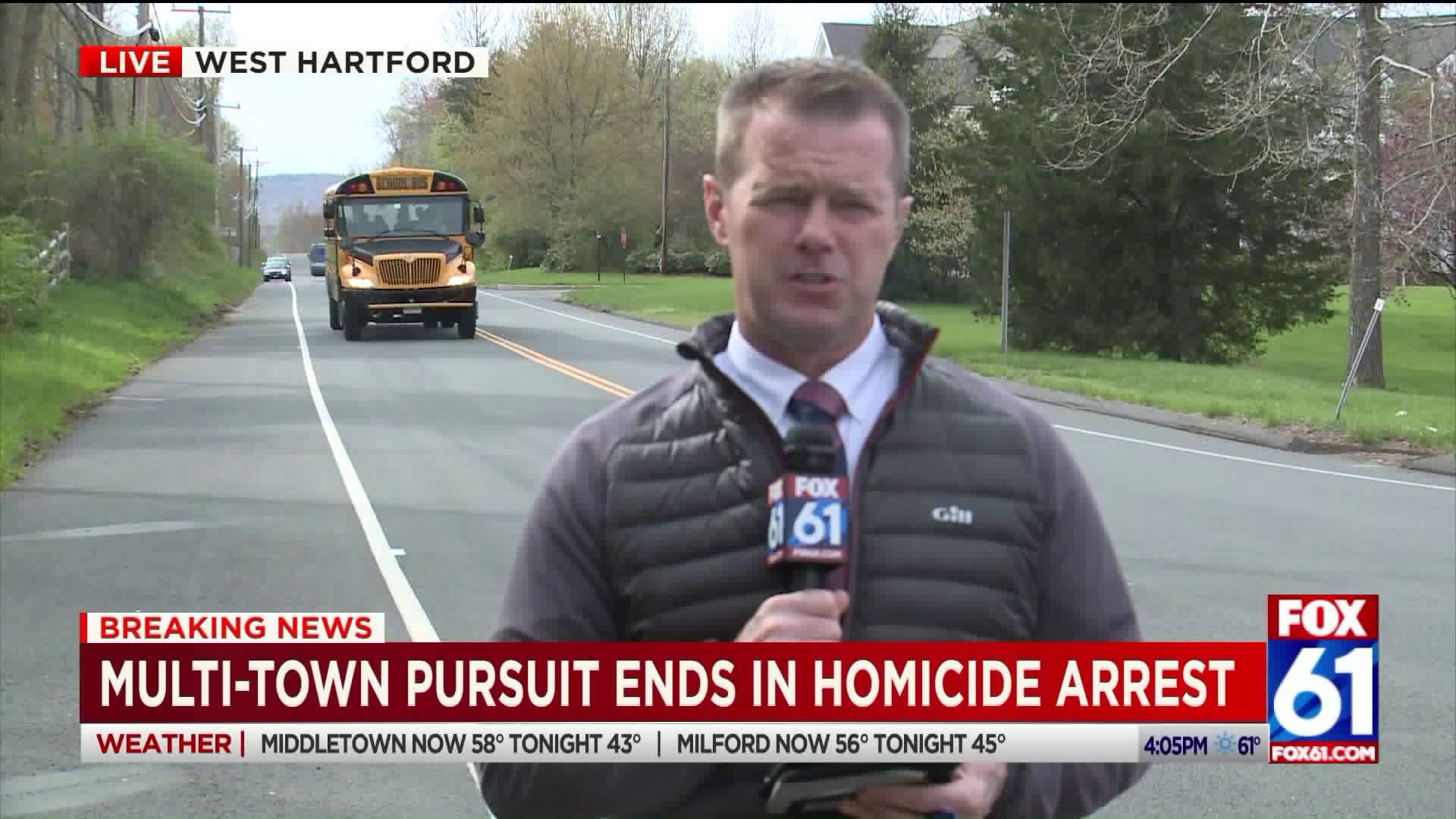 According to Waterbury police, they were called to 96 Edin Avenue just after 1:30 a.m. on the report of a person laying in the driveway, bleeding.

Police say when they arrived, they found a dead woman in the driveway.

Police have identified the man arrested and charged as 33-year-old Luisito Dejesus.

On Monday, police took Dejesus as a person of interest in a homicide case into custody after a chase through several towns.

West Hartford police said Waterbury police advised Hartford authorities that Dejesus had ties to Hartford and the surrounding area. Officials said Dejesus had several warrants and was known to police.

Keen-eyed @HartfordPolice traffic officer spots this mornings #waterbury homicide suspect get in his vehicle on Barbour St. A well-controlled pursuit is initiated through several towns. Spike strips did their job. In custody safely, no injury to suspect or officers. #citycops

Hartford police saw the man on Barbour Street. They followed him to I-84, and the suspect headed west. At some point stop strips were deployed.

The chase continued through West Hartford, on Sedgwick Road to Mountain Road and then east on Simsbury Road where it ended near the Bloomfield town line. One Hartford cruiser was damaged in the chase. Police have recovered a firearm near Sedgwick Road.

The man was taken into custody at that time. West Hartford police said he is a person of interest in a homicide that happened Monday morning in Waterbury.

Waterbury police said several hours prior to the homicide, Dejesus, was involved in an armed robbery on 920 Baldwin St. They said Dejesus was a person of interest in the homicide case.

Dejesus has been charged with multiple charges including engaging police in pursuit, disobeying signal of officers, reckless driving and other charges.

He has been released to Waterbury Police Department and is scheduled to appear in court on May 13.