EAST HARTFORD — One man is dead and a woman is seriously injured after a domestic dispute turned into an officer-involved shooting. Officials identified t... 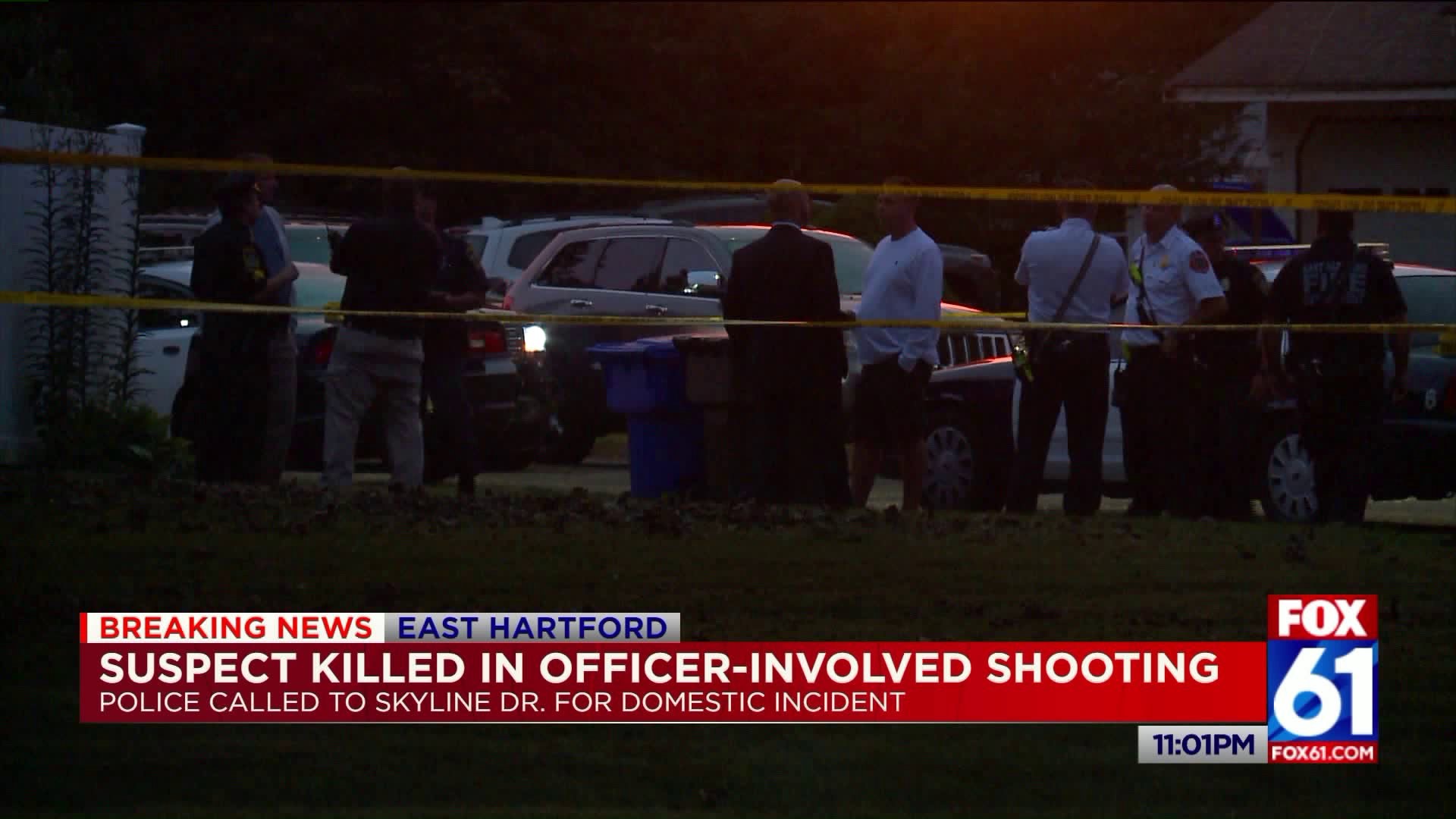 EAST HARTFORD -- One man is dead and a woman is seriously injured after a domestic dispute turned into an officer-involved shooting.

According to police, the incident happened shortly after 6 p.m. on Skyline Drive at the residence where Carras and the woman injured lived together.

The home has been closed off for several hours as part of the investigation. Neighbors told FOX61 off camera they were speechless since a nice family of four lived at the home.

“This is a case where it escalated to a very violent level with tragic results,” said Lt. Joshua Litwin of the East Hartford Police Department. Police confirmed that deadly force was used on the suspect.

Police said they initially received a panicked 911 call from the home.

FOX61 was able to obtain the audio from the dispatch line when that urgent call came in.

Two officers responded to the home and found a man and a woman. The woman was seriously injured and unconscious.

“A struggle ensued when the officers arrived with one of the parties involved. It was a domestic, a male. The struggle resulted in certain injuries to one of our officers who’s being treated at a local hospital. Non-life threatening injuries” added Lt. Litwin.

A neighbor who did not want to go on camera, told FOX61 off-camera he thought he heard gunshots but thought it was the video he was watching on his cell phone, but it ended up coming from across the street.

Police described Skyline Drive as a very quiet, crime-free neighborhood. They added that home has never had domestic-related history.

Police said there are children who live inside the home, but it is unclear if they were home at the time. They also said the children are with family now.

State Police and the State’s Attorney’s Office will be taking over the investigation. Police at this time are not identifying anyone involved.