SHELTON – More information was revealed about the Shelton High School student accused of posting the threatening video on Snapchat. That student appeared ... 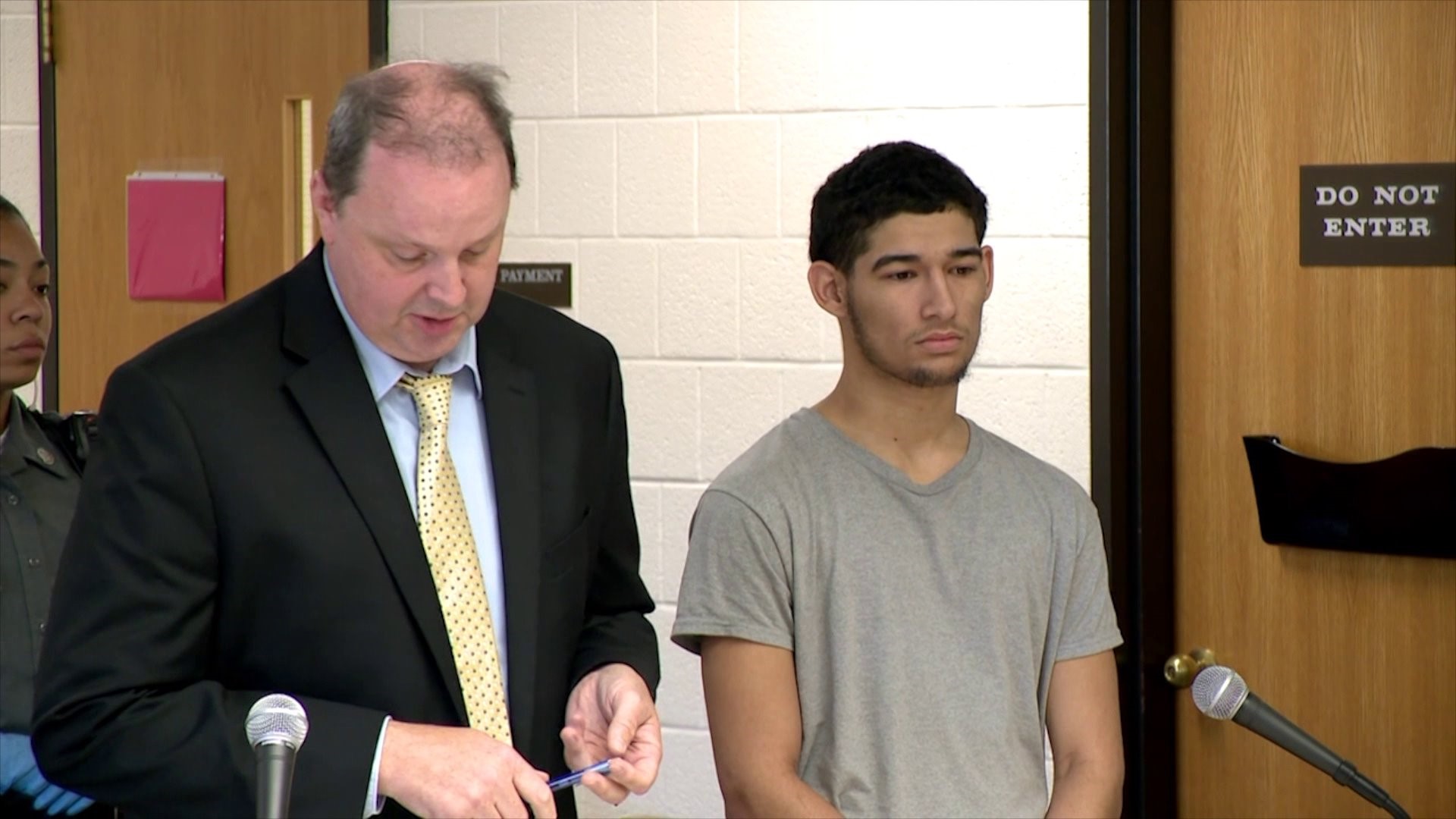 SHELTON - More information was revealed about the Shelton High School student accused of posting the threatening video on Snapchat.

Police said Eliezer Reyes, 18 of Shelton posted a video saying he would shoot people at the school if anyone tried to mess with him. During his arraignment, his attorney argued Reyes posted that because he was sticking up for his sister.

Police and security made their presence known at the high school after the video was posted.

According to the arrest warrant, in the video he said "On my f*** life I don't want nobody to f*** try me tomorrow if I go to school because something just happened in my family and I'm willing to kill someone right now in this f*** moment."

The warrant said when police went to Reyes' home, Reyes told police "his sister had been jumped in North Carolina at school today" which is what precipitated the video.

He then stated he "had bullets in a drawer in his room."

Reyes was arrested and charged with threatening in the first degree, second degree breach of peace and carrying a dangerous weapon.

Since then, the Shelton community has reacted to the incident.

"There’s a bunch of security at the high school and our grandson is a freshman at Shelton high school, so we were all a little panicked about it but she said there’s extra security and that everybody said that it would be fine," said Colleen Tortora of Shelton.

“I think it’s important to understand when these things occur, there’s a quick reaction and this is nipped in the bud. There’s obviously two sides to this. The fact that this individual was being bullied - some people may not know how to react to that or where to react. If this can help solve that dilemma that may or may not exist then we’ve accomplished something positive.”

During his arraignment, the public defender argued Reyes has no past convictions and lives with his mother. He added this was simply "boisterous and inappropriate behavior."

The judge said Reyes must check in with probation on the phone every day and be evaluated for mental and substance abuse.

Reyes also has to wear an electronic monitoring device.

He is ordered to stay away from the school until further notice. He is also expected to appear in court again next week.