Trooper Aaron Matthew sat down with FOX61’s Ike Ejiochi and said Friday afternoon was anything but the usual day.

Around 5:30 p.m. the State Police trooper responded to a call on the Pearl Harbor Memorial Bridge in New Haven on the southbound side of I-95.

“On our arrival we noticed that there was a car parked in the right shoulder on the bridge,” says Trooper Matthew.

He says a distraught man was on the edge of the bridge arguing with other emergency responders. As Matthew would get closer, the man appeared to grow more and more irate. As soon as the man turned his back, Matthew says his instincts kicked in.

“I ran over, I jumped over the rail and I grabbed him. As soon as I put hands on him a moment later I felt somebody grab me, it was my guys.”

Matthew says the two things that saved the man that night were his instincts and the sense of security he gets knowing that his fellow troopers and emergency responders have his back.

“That brotherhood is really strong and it`s nice to see something like that come together for a change.”

State police released video of the incident on Facebook Tuesday.

They say the man in the video was taken to the hospital for evaluation and further assistance.

Trooper Matthew is going to be a first time father any day now. Hats off to him! 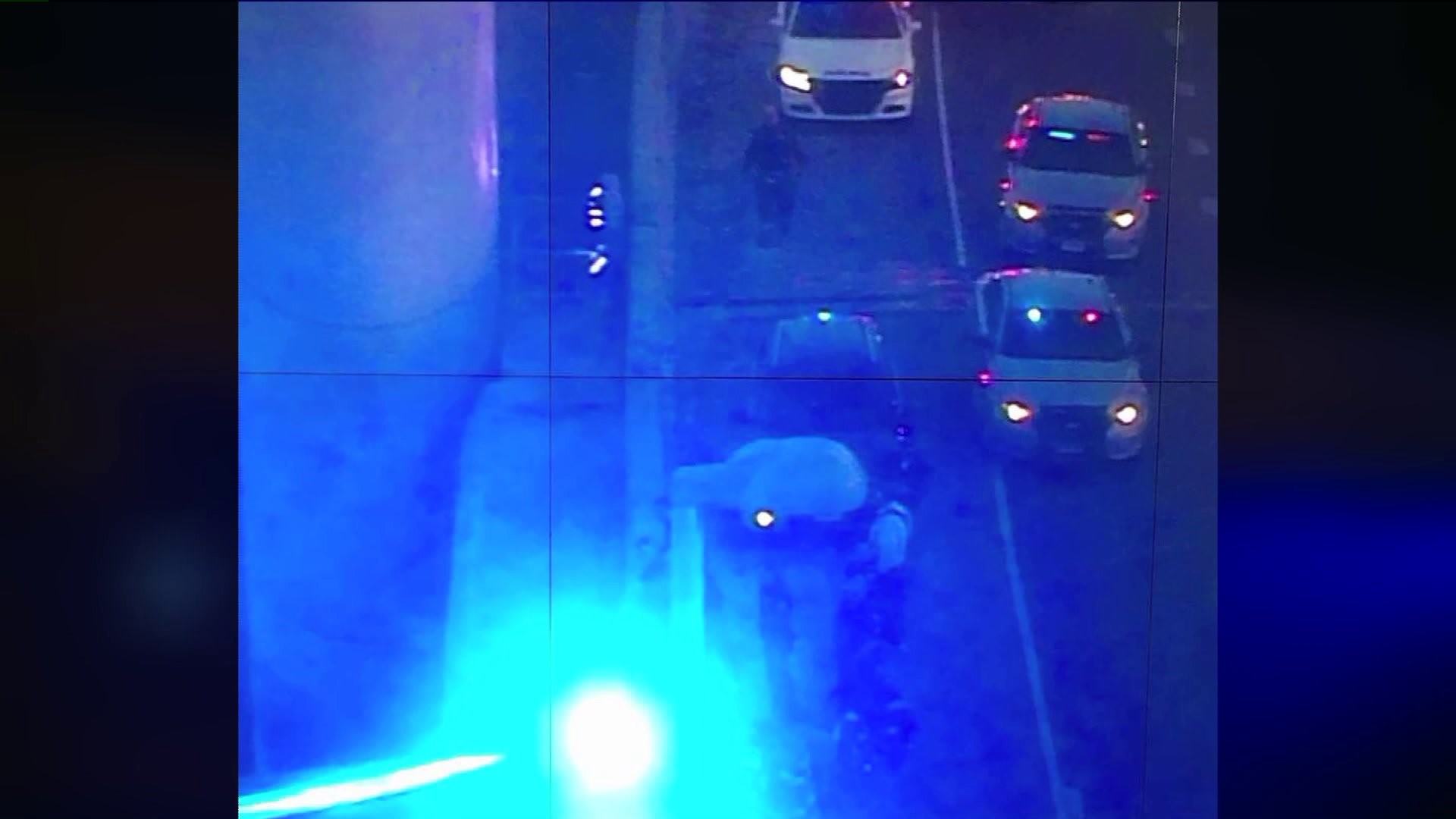