STAFFORD SPRINGS — From cash and credit cards to tools, a Stafford Springs neighborhood is the latest area to fall victim to thieves stealing items from people’... 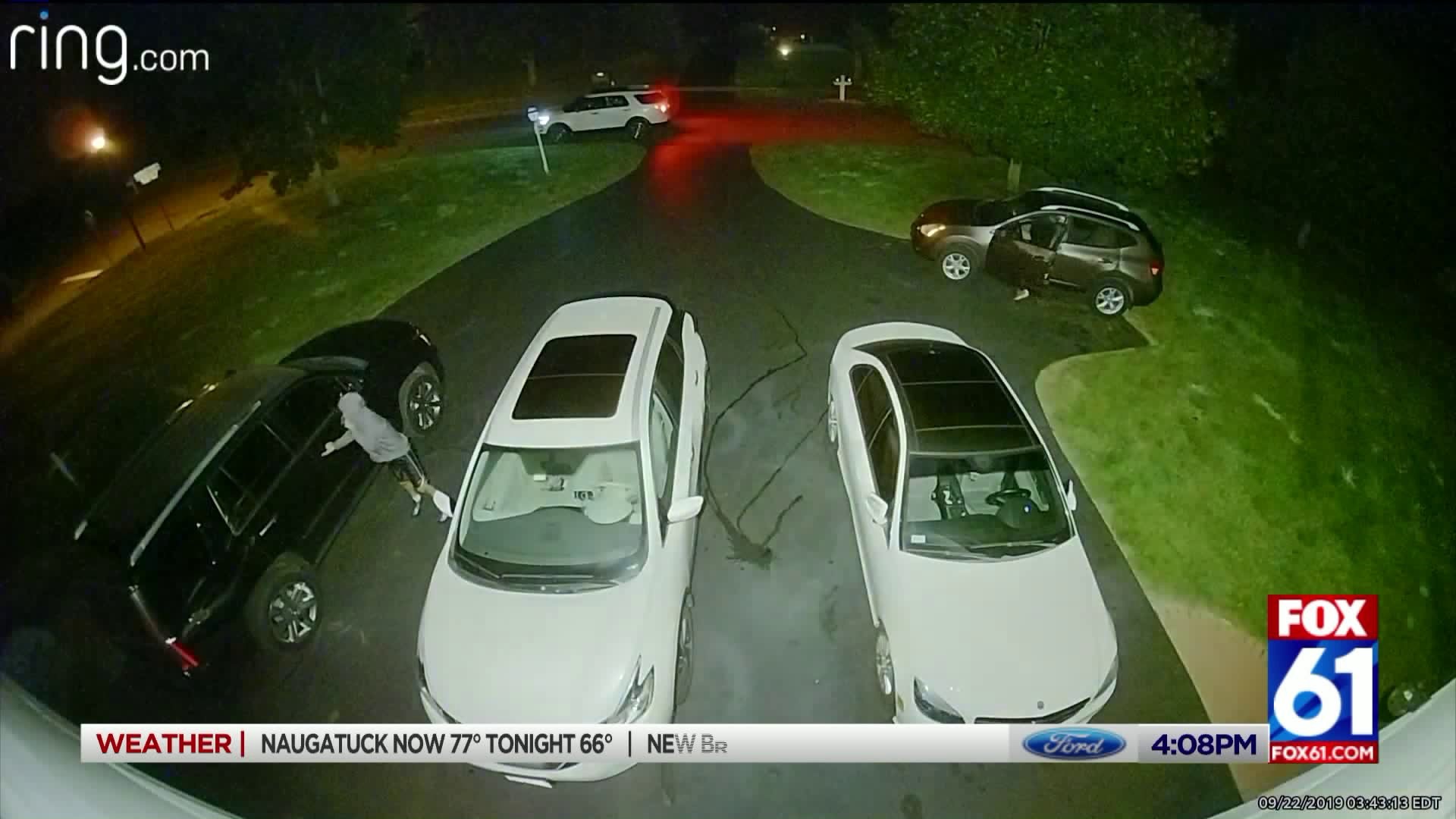 STAFFORD SPRINGS — From cash and credit cards to tools, a Stafford Springs neighborhood is the latest area to fall victim to thieves stealing items from people’s cars.

“We are currently seeing an increased amount of these types of incidents all across the troop C area and also across the state,” Trooper Rutkowski said.

“I went to go start my car to get my kids in the car at 6:20 this morning and everything was ransacked in my car,” Chelsea Burness said

Burness says the thieves got to her purse which had valuables from her checkbook to her credit cards.

Items from her neighbor’s truck were also stolen the same night including tools Brendon Laplante says he uses to unlock cars with his tow truck business.

As Tuesday morning, at least seven people from the overnight hours of Monday into Tuesday had filed reports with troopers but trooper believe there were more attempts.

“We have seen other vehicles that they attempted to get into and they were unable to because they were locked and recently it seems it’s just about every night or so,” Trooper Rutkowski said.

Police warn the crime can be quick so the best thing you can do if not to make it any easier for thieves and lock you car doors and bring valuables inside.

“People that are doing it they are in an out in minutes. They are not wasting their time trying to break into a car. They are just checking the door handle, if it’s unlocked, they go in and grab whatever looks valuable and whatever they can,”  Trooper Kyle Kaelberer said.