NORTH BRANFORD —  It’s a festival about potato and corn. A simple concept but truly reflective of the town of North Branford. Its humble beginnings have g... 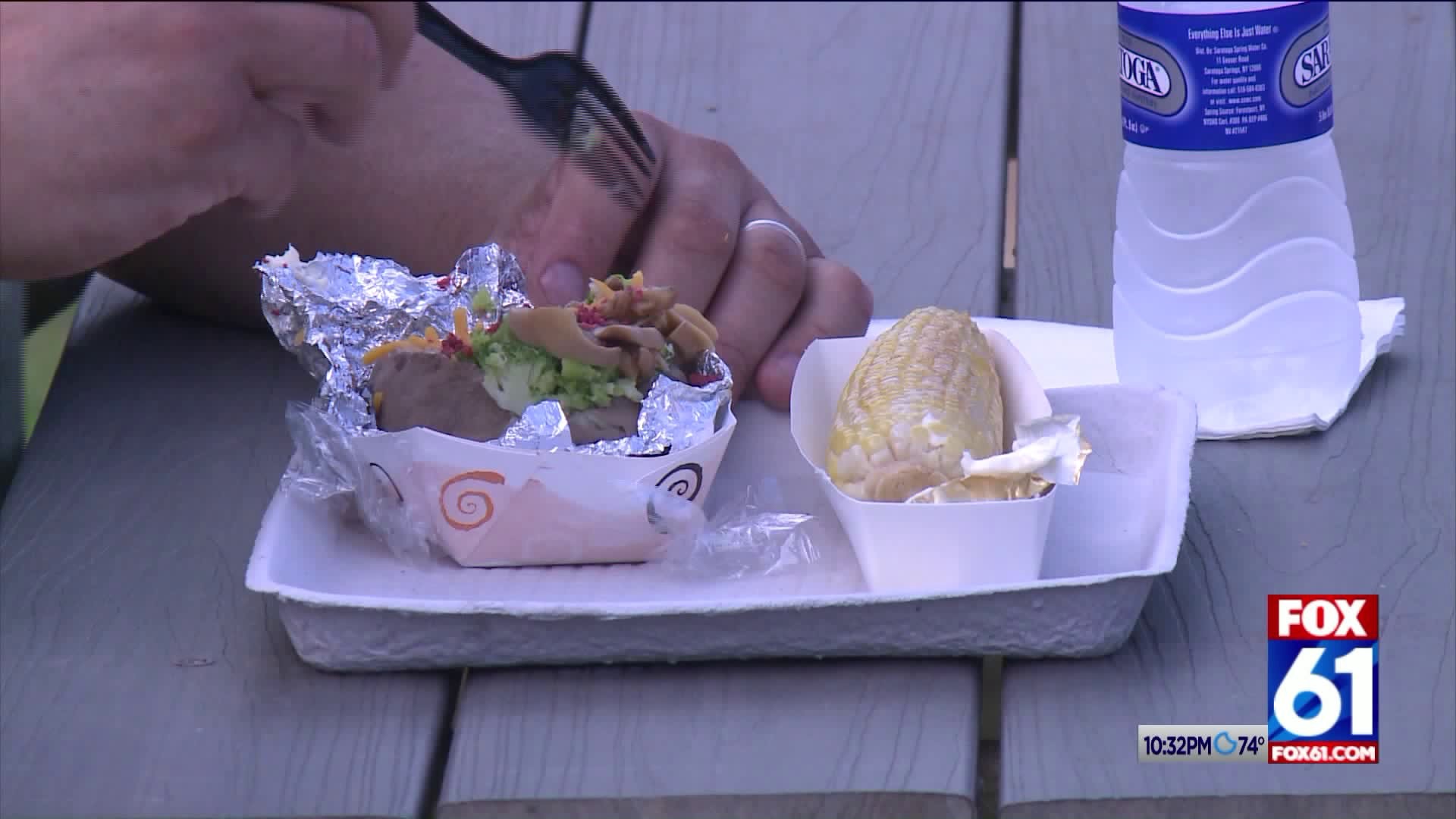 NORTH BRANFORD --  It’s a festival about potato and corn. A simple concept but truly reflective of the town of North Branford. Its humble beginnings have grown into something so much more.

Potatoes and corn, rides and games. All reasons why thousands flocked to the 18th annual Potato and Corn Festival held on the North Branford fair grounds.

"Town officials down to volunteers down to young kids. They all keep this weekend fairly open so they can come enjoy the festival," said festival coordinator Gayle McMillan.

People we talked to came from all corners of the state to converge on the typically quiet town. Potatoes and corn along with the other fair staples aren’t the only draw. The weekend festivities will include a cornhole tournament, carnival events, a beer and wine garden, and fireworks Saturday night. While others plan on riding all of the new rides.

"Because it goes really fast and I like that stuff," said Michael Botarelli. "And I really want to go on the slide that my brother and sister are on."

The event started as a one-day festival 18 years ago and has grown into a weekend affair almost reflective of the town itself.

"The town shuts down for the festival," said McMillan.

It’s great for when you live here," said life-long North Branford resident Joe Puglisi. "You see so many of your friends and it’s just like a reunion every time."

Whether or not it’s your first time or your 18th time like it was for my Father, the PoCo fest has a little something for everyone. It's become a pride-filled tradition loaded with laughs and memories between families and friends.

"It’s a warm feeling. It really is. The food is great, the rides are great. It’s just great to see the town kind of happening," said Puglisi. "It’s just an event to be at for a few days."