Power Play; The Media Warrior Challenge at the Armory

HARTFORD — The marching orders weren’t as strict but the message was loud and clear at the Hartford Armory. For the first time, the Connecticut National G... 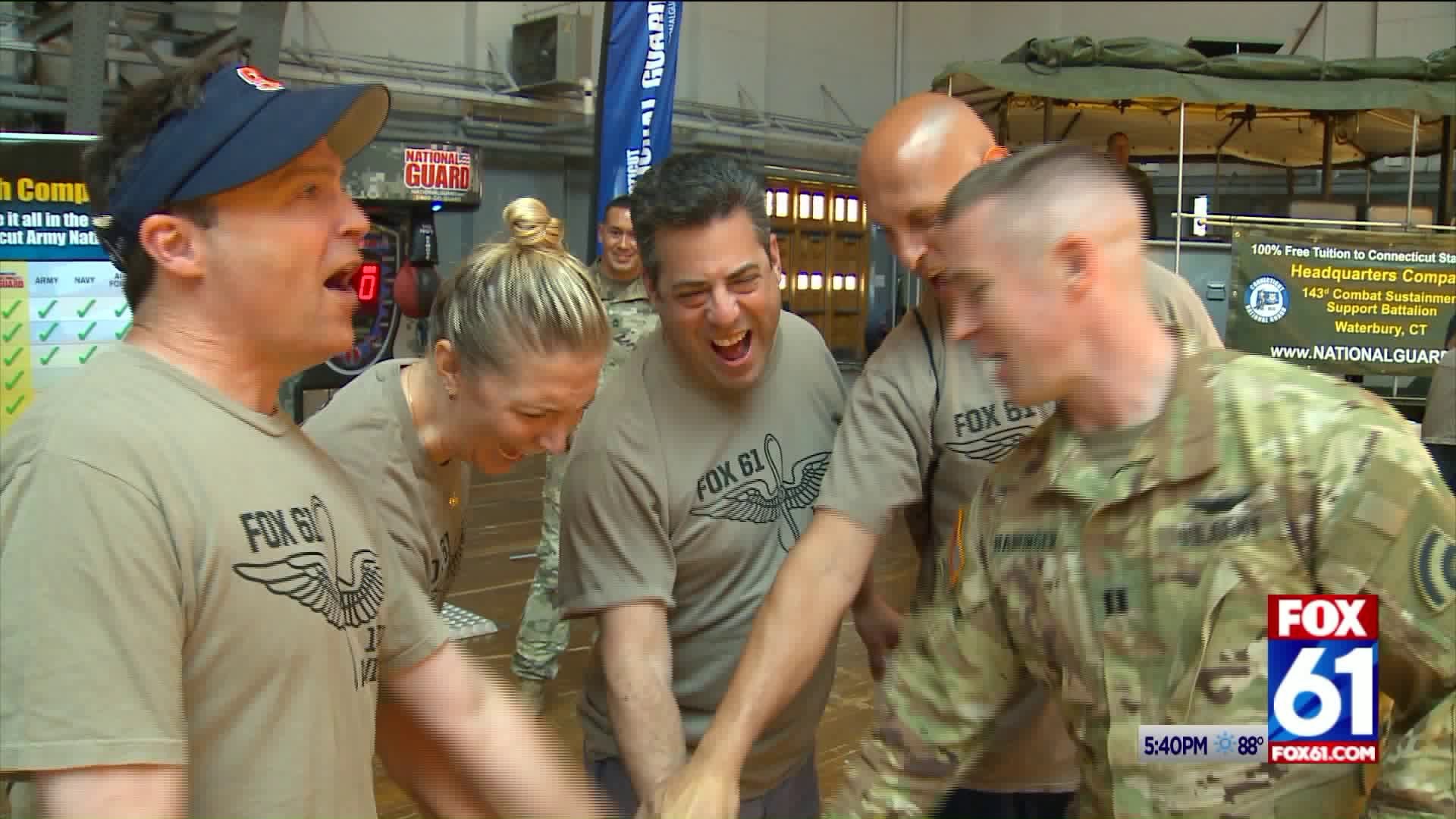 HARTFORD -- The marching orders weren’t as strict but the message was loud and clear at the Hartford Armory.

For the first time, the Connecticut National Guard held the Media Warrior Challenge where television and radio types did battle in an array of disciplines set up by the soldiers themselves.

“The idea is to show what it is the Connecticut National Guard does on a weekly and a daily basis,” said Major Michael Petersen, from the National Guard.

From the obstacle course, to the chin up challenge and the M-4 rifle assembly event, the broadcasters were put to the test.

Captain Matt Barringer, a helicopter pilot with the Guard and FOX61’s assigned team leader said, “we wanted the opportunity to showcase and get people to see what we bring to the table.”

The FOX61 team – or Team FOXtrot 61 – made up of Matt Scott, Tim Lammers, Margeaux Farrell, and Jim Altman ended the series of competitions taking home the trophy and bragging rights, becoming the Media Warrior Challenge Champions for 2019.