HAMDEN – A pregnant woman was stabbed multiple times and Hamden Police are now calling her survival a very lucky one. The woman was visiting a relative... 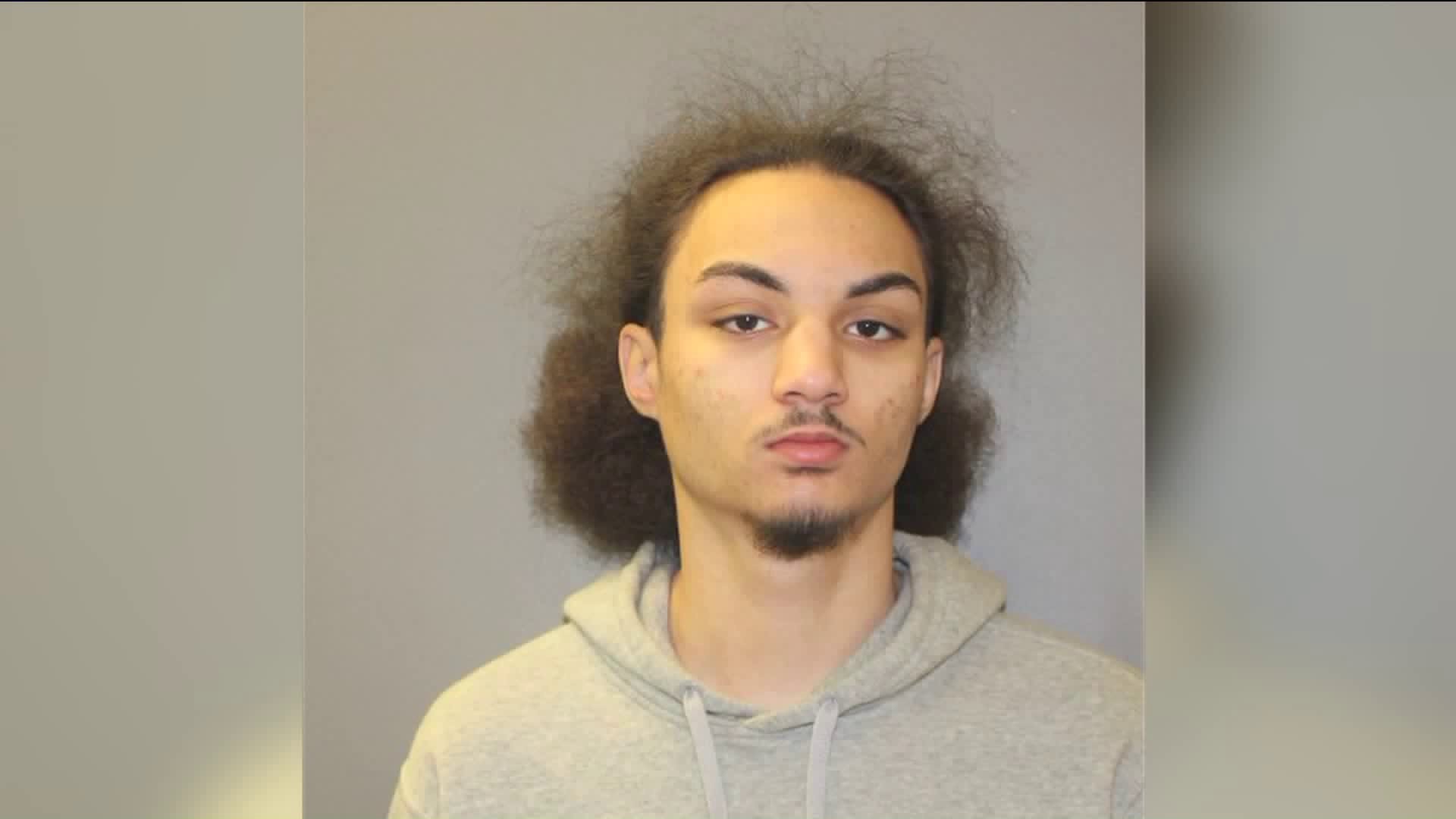 HAMDEN - A pregnant woman was stabbed multiple times and Hamden Police are now calling her survival a very lucky one.

The woman was visiting a relative's on Fairview Avenue for New Year's when a man jumped out from behind a tree and stabbed her four times all because he wanted to steal her car.

Police said the woman is six months pregnant. The attacker has been identified as Naji Deneutte, 18, of Hamden. They said Deneutte punctured a major artery in the woman's neck and all of this happened in front of her two children who were only 11 and 12 years old.

They added the woman was able to scare Deneutte off and he eventually ran away. Police arrived seconds later.

"They responded to the scene and applied direct pressure to the victim’s neck. She was stabbed in the carotid artery and her artery was punctured," said Captain Ronald Smith of the Hamden Police Department.

Next door neighbor Rasheed Hackman said he saw the circle of police cars when he got home.

"I saw a lady on the ground and all I see is a little bit of blood and I’m like wow I was just wondering what happened? It’s sad because I’ve known them. I used to go over their house all the time when I was a child. I used to hang out with them a lot. It’s sad to hear because a lot of things happen in this area but just to have it happen to them, it’s just terrible to hear," said Hackman of Hamden.

On January 3rd, police obtained a search warrant for Deneutte's home on North Street in Hamden. They found a stolen 25 caliber handgun under his mattress. Deneutte was immediately arrested.

"We’ve dealt with this individual several times as a juvenile and as an adult, we’ve arrested him on one occasion," added Capt. Smith.

Police did not comment on why Deneutte was not charged with attempted murder.

Captain Smith said it was a coincidence officers just so happened to be near Fairview Avenue which led to the quick response.

"If they were not there in seconds, she would’ve bled to death," added Capt. Smith.

The mother did undergo emergency surgery. She and the baby are expected to be okay.

Deneutte is being held on a one-million dollar bond. He is expected to appear at Meriden Superior Court on January 17th.