NEW LONDON —- President Barack Obama used his commencement speech at the 134th commencement at the U.S. Coast Guard Academy in New London to talk about climate ... 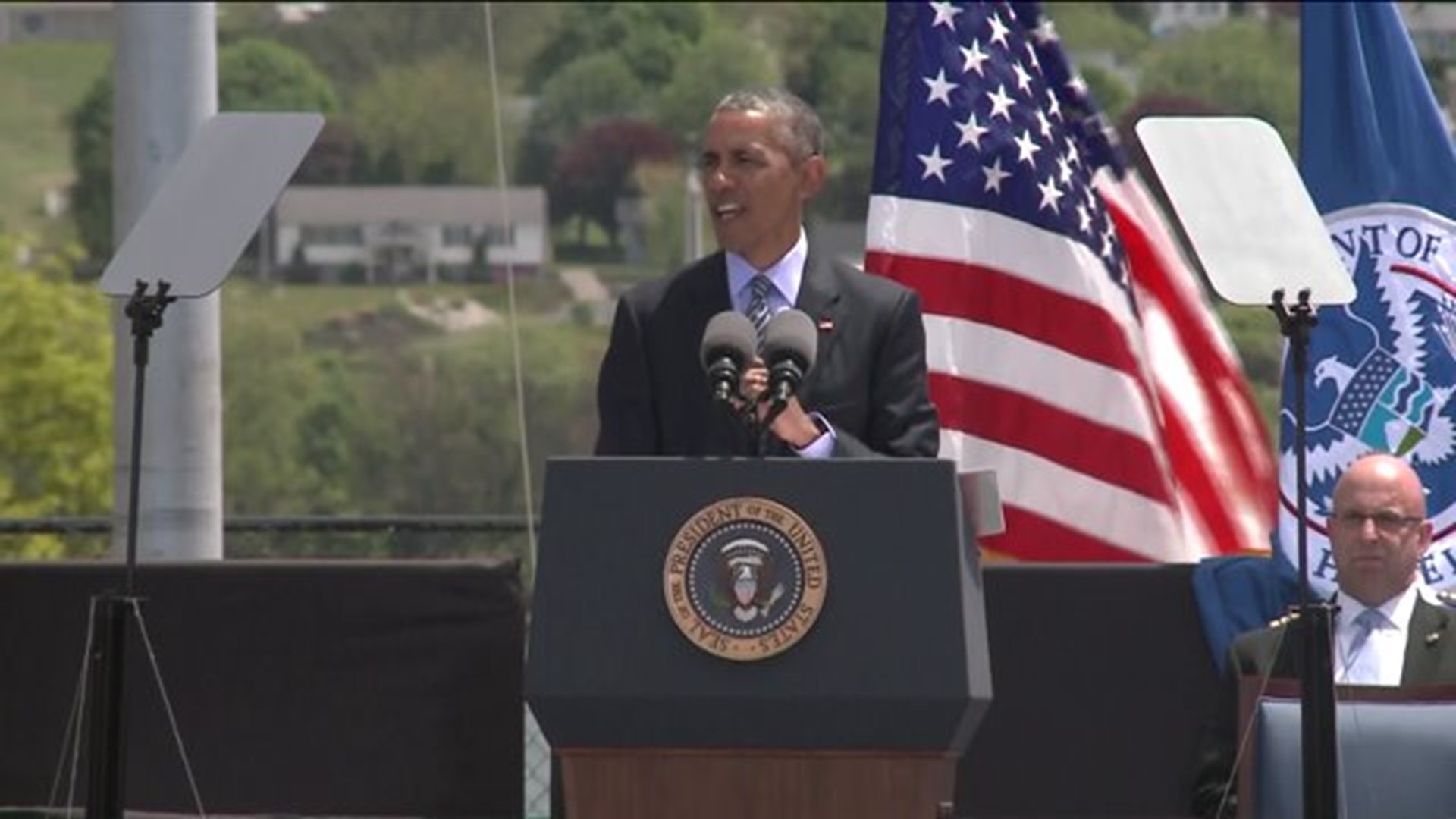 NEW LONDON —- President Barack Obama used his commencement speech at the 134th commencement at the U.S. Coast Guard Academy in New London to talk about climate change and the need for immediate action.

Obama talked about the need for military services to prepare for the impact of climate change and to work to reduce carbon emissions. He said, "refusing to deal with it endangers our national security it undermines the readiness of our forces."

He talked about the impact of rising seas and droughts as some of the causes that have destabilized areas of the world like Syria. Obama said, "As cadets, the threat of rising  water cuts to the very core of your service."

He also spoke about the military using technology to reduce its carbon footprint.

The school says 291 cadets graduated in the ceremony--191 men and 100 women.  It's the most diverse class in the Academy's history, and included eight graduates from Connecticut. 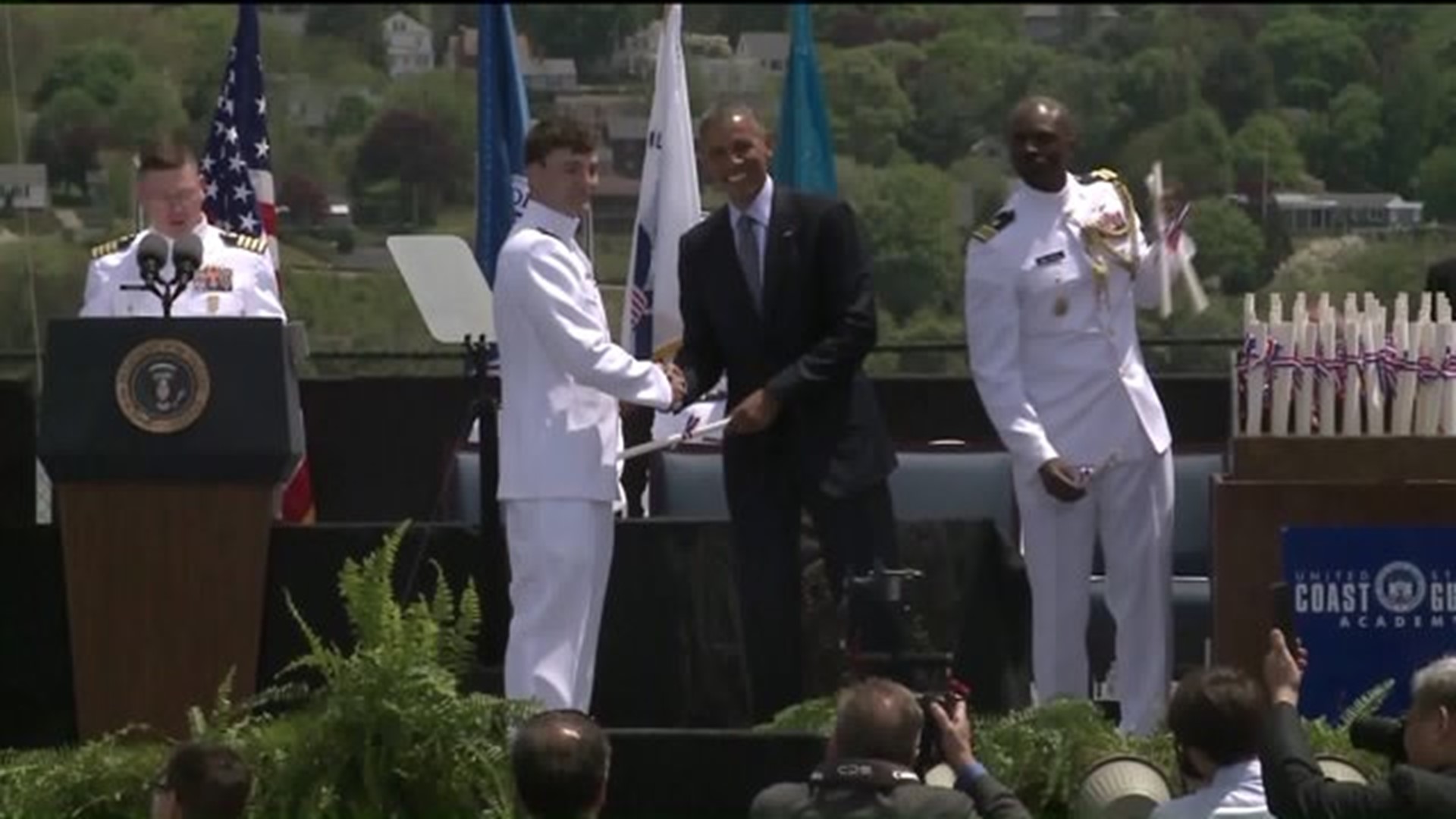 The president spoke of the Coast Guard being the smallest and loudest of the country's military branches. After thanking them for their service and sacrifice, he promised to work to give the Coast Guard the equipment they need to do their jobs of rescue, drug sale deterrent, and to keep ports around the world open.

This isn't President Obama’s first time at the academy--in 2011 he gave the commencement address as well.