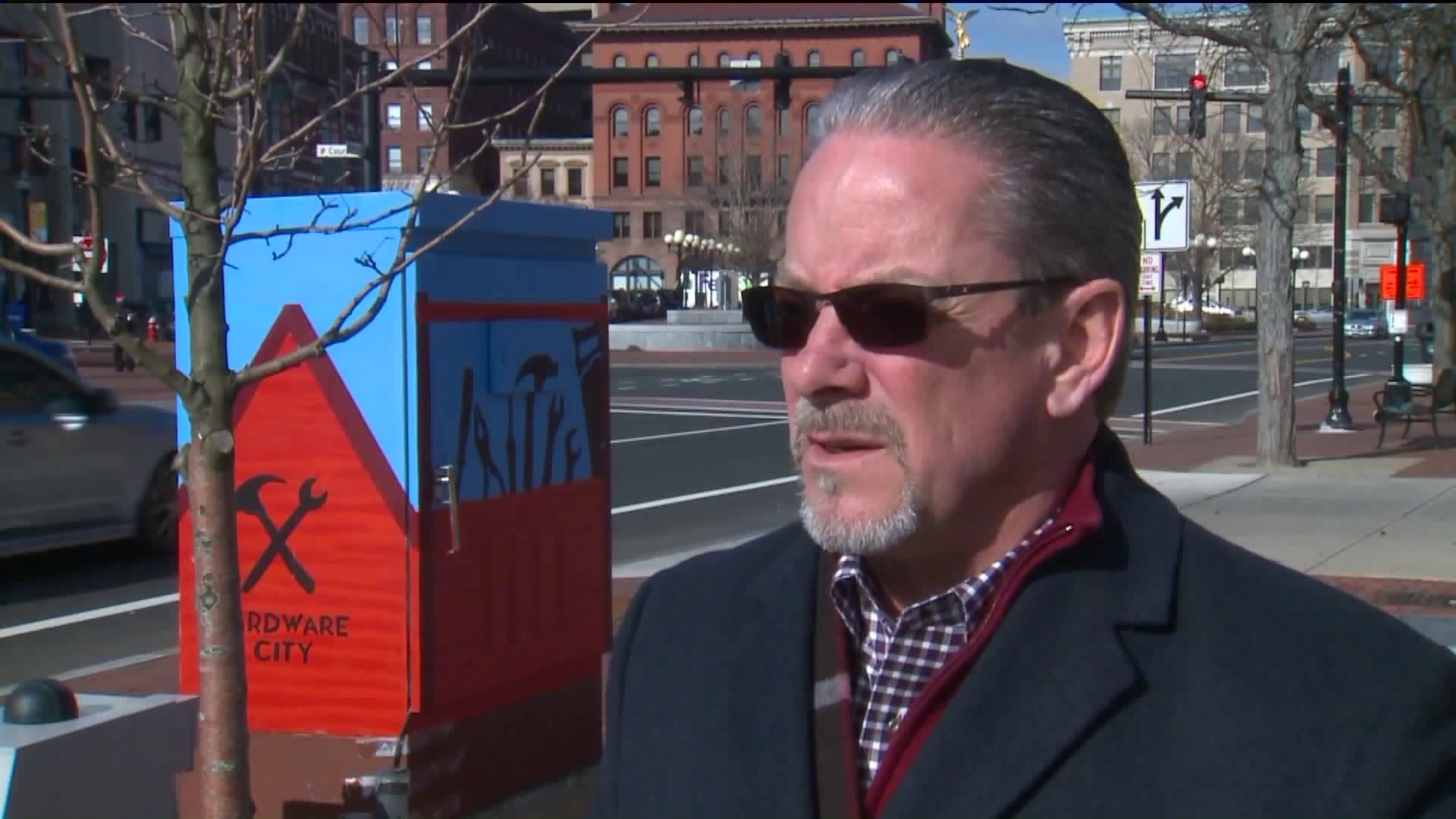 NEW BRITAIN -- The Mayor of New Britain Erin Stewart has asked her father, former New Britain Mayor and current Chamber of Commerce president, Timothy Stewart, to step down from two committee appointments after he made  sexist comments on Facebook.

The mayor's office issued a statement around 3:30 p.m. that said, “Mayor Erin Stewart has asked her father, Tim Stewart, to step down from both the New Britain School Building Committee and the Mattabassett District Commission. The Mayor has accepted his resignations, effectively immediately.”

“WOW! That’s just not cool,” remarked Kevin Evans of New Britain. Tim Stewart’s Facebook comment was in response to the 50 female members of the U.S. Congress who wore white at the state of the union to pay homage to women’s suffrage.

“He got a mother. He’s got a wife. He’s got a daughter. So what it they wear white? How would he feel if somebody said it about them. Very inappropriate,” said Evans.

Mayor Stewart said she is not speaking to her father. She tweeted Wednesday saying that she was embarrassed and mortified.

Democratic State Rep. Liz Linehan said the comment hit her close to home. “We need to call it out. We need to call out hate where it lives. It’s just unfortunate that it lives right next door to us.”

Linehan has publicly talked about experiencing sexual harassment. “There is so much misogyny and for him to come out at say something so vile and disgusting. I think it’s not only his fault and his problem but it’s indicative of a larger problem.”

Greater New Britain Chamber of Commerce chairman Gennaro Bizzarro said in a statement, "[He] could not be more disappointed in the social media post made last night by Tim Stewart."

Tim Stewart, the current president of New Britain's Chamber of Commerce was placed on administrative leaving pending the Board's action.

To whom it may concern,
My comment on facebook last evening during the SOTU has caused many people I care about concern over my actions. Let me say that first we are living in a culture where social media has become the public justice system for many who choose to utilize it daily. I along with many other people should know better to not say things that might enflame the public. My comment was wrong and in poor taste in response to a particular time during the speech that I ...took offense to. This in no way excuses my behavior and I am deeply sorry to not only the women in my life but to all women for the remark.
I am also ashamed that I once again have put the Chamber in a difficult position of dealing with a situation that arose from my personal actions outside of work. For that I am extremely sorry as well. I know that the viral effect of this action will continue to enflame people and groups for days to come and I can assure you that I will seek help for the issues that allow me to act in that way. I will begin by terminating my social media accounts immediately after this post and apologize to my wife and daughter.
I can only hope pray that people can forgive me for this stupidity even if it means things have to change in my life. I know that my words have hurt many and I will do better as a person I can promise you that.

Read the full state from Gennaro Bizzarro below:

"I could not be more disappointed in the social media post made last night by Tim Stewart. His choice of words was inexcusable and has no place in modern civil discourse. Tim’s words obviously do not reflect the feelings held by the members of the Greater New Britain Chamber of Commerce, our staff or myself. As Chairman, I have a duty to confer with my fellow Board members as well as to review our bylaws to ascertain what disciplinary authority we possess and the process by which it can be employed. We are doing that immediately. I will be calling a special meeting of the Chamber board where we will make a decision about Tim’s future with the Chamber. In the meantime, I have placed Tim on administrative leave pending the Board’s action."

"This is not the first time former New Britain Mayor Tim Stewart has made inappropriate comments, and an apology 'if they are offended' isn’t enough anymore. It’s time for Tim Stewart to be held accountable by the Greater New Britain Chamber of Commerce and the businesses they represent, by the state’s Republican leaders who are so quick to jump on others, by Gennaro Bizzaro, who was appointed city counsel by Tim Stewart and is now seeking a state senate seat, to name a few.

This isn’t about Republicans or Democrats. This is about basic decency. No one should speak about any woman that way, ever. "

I am very disturbed about a recent Facebook post by Tim Stewart, president of the New Britain Chamber of Commerce and former mayor. I won’t go into details about his comment in referencing the Democratic congresswomen who wore white at last night’s State of the Union speech to honor the suffragette movement.

As this University’s first woman and first Hispanic president, I am disgusted with the behavior and attitude he shared. It is further evidence that we have much work to do to improve the culture and discourse as it relates to misogyny.

Late this afternoon, I was encouraged to hear that the Chamber placed Mr. Stewart on administrative leave.

Stewart came under fire in  2017, when he made controversial comments regarding the New Britain's North and Oak neighborhoods.