President Trump announces sanctions against Turkey amid conflict with Syria

SYRIA — President Trump announced Monday afternoon that he will issue an executive order imposing sanctions against Turkey for its “destabilizing... 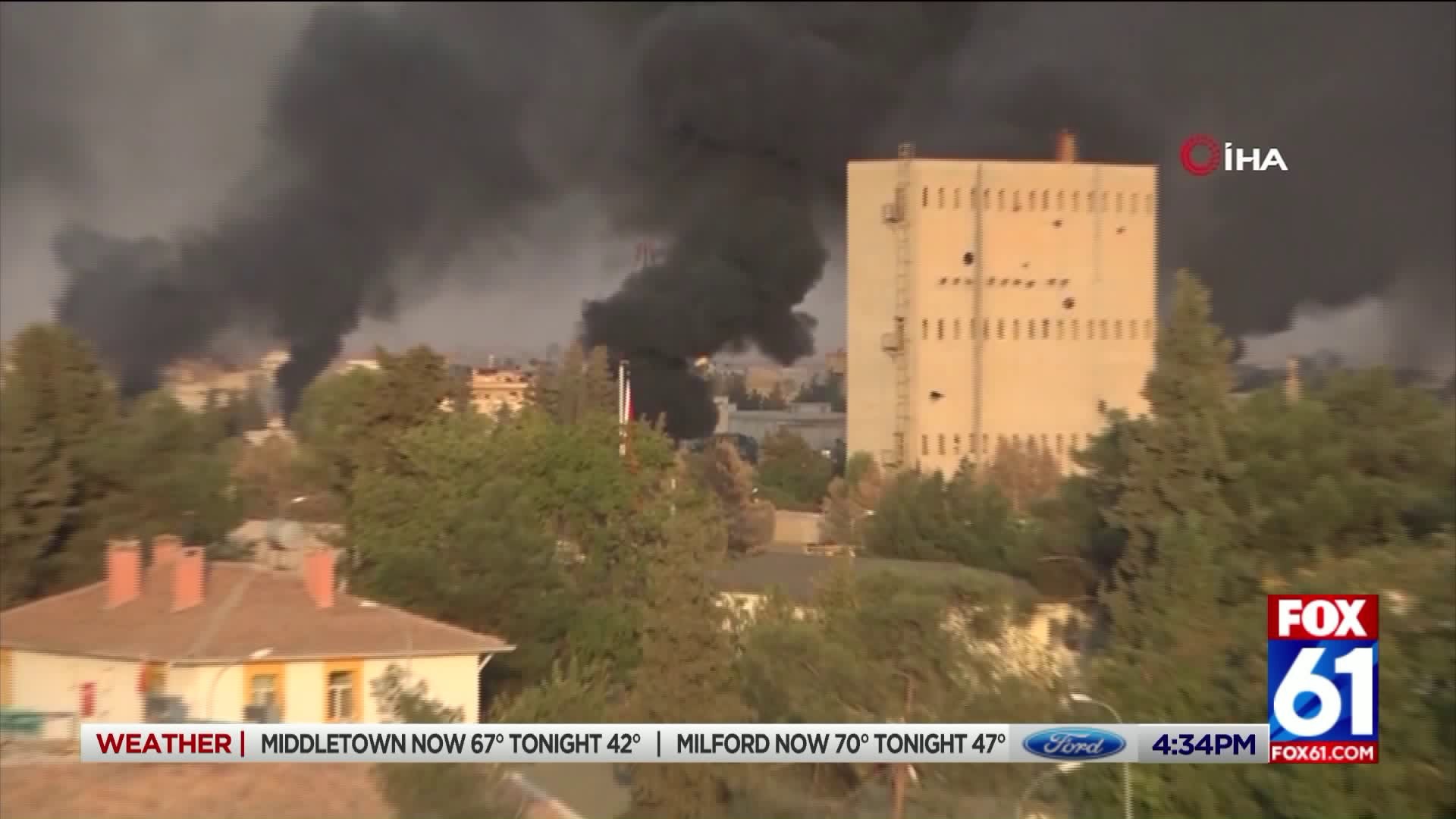 SYRIA -- President Trump announced Monday afternoon that he will issue an executive order imposing sanctions against Turkey for its "destabilizing" actions in Syria.

The situation in Syria continues to deteriorate following the announcement U.S. troops will be pulled from northern Syria making way for Turkish forces.

FOX61 sat down with the head of the Politics Economics and International Studies department at University of Harford Dr. Michael Clancy to explain the conflict.

“President Trump has stated that he wanted to get the U.S out of endless wars and he argues this why he made the move,” Clancy said.

A move some lawmakers criticize as a betrayal to the Kurdish who helped the U.S. fight against ISIS

“This unfolding tragedy in Syria is our worst nightmare,” Senator Richard Blumenthal expressed.

Clancy explained regardless of whether you agree with the president’s move, there will be a ripple effect as a result of the move.

“Well I think one of the big concerns is whether or not this could lead to a larger and wider war within the middle east,” Clancy said.

On Sunday Kurdish forces struck a deal with the Syrian government to fight off turkey, marking a major shift in the country's eight-year civil war.

Then hundreds of Islamic state families and supporters escaped from a holding camp in Syria causing some to fear the rise of ISIS in that region again.

In a statement posted to Twitter on Monday, Trump announced that steel tariffs would "be increased back up to 50 percent," and the U.S. will "immediately stop negotiations ... with respect to a $100 billion trade deal with Turkey.