NEW HAVEN – One of the top rated charter schools in the country, New Haven’s Achievement First Amistad High School, is under scrutiny again for goin... 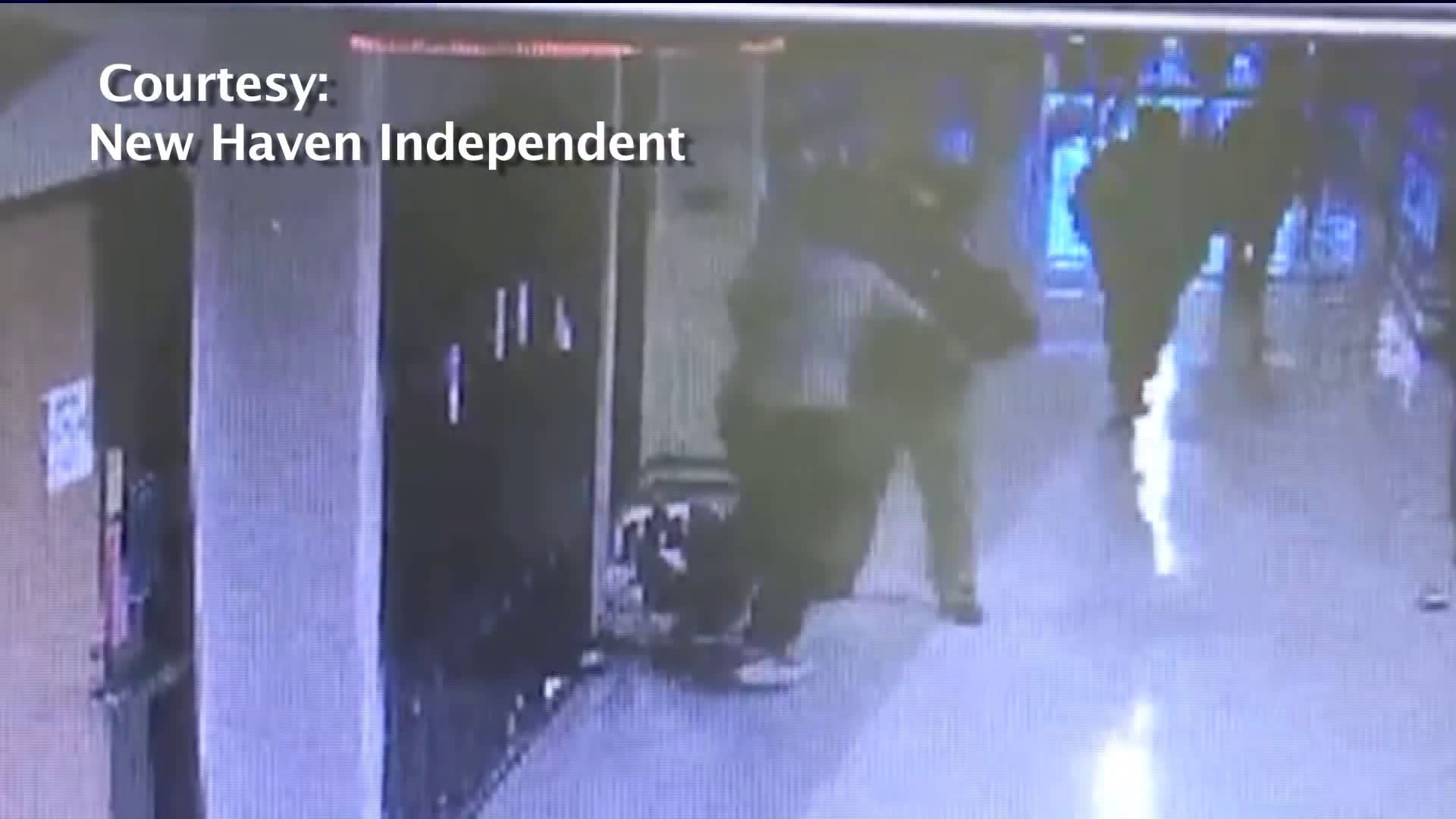 NEW HAVEN - One of the top rated charter schools in the country, New Haven's Achievement First Amistad High School, is under scrutiny again for going too far with discipline.

The school's principal, Morgan Barth, has resigned, effective immediately, following the release of a surveillance video from within the school.

The State Department of Education has reprimanded the leadership of AF Amistad in the past for what the state says amounts to three times more suspensions as any other New Haven public school. Now, a video obtained by the New Haven Independent, shows AF Amistad principal Morgan Barth grabbing a male student, who tried to leave his office, while discussing previous discipline.

“When this incident happened, we conducted an internal investigation, documented the incident in accordance with state laws, and worked with the student’s family – including sharing the video with them. In addition, Mr. Barth was disciplined and also required to attain additional restraint training.”

"From the time I met that man, very intimidating to the kids," said Steve Cotton, a now former AF Amistad employee. "Multiple staff always referred to his style as intimidation, basically."

Cotton was a behavior specialist at the school for 4 years, until putting in his two weeks notice Monday. He says Barth would always look down on people.

"(He was) just missing a straw hat and a little piece of straw that would’ve made you massa (as in master), looking over your plantation of like slaves basically," Cotton said.

After rejecting the school's offer of 4 weeks pay, in return for not disparaging the school, they showed Cotton the door this week. So, he took to Facebook.

"What they’re not telling you is a lot of the oppressive things that are going on at Amistad," said Cotton in his 45 minute rant, who said teachers and students are feeling traumatized.

Cotton says it's the school's nit-picky discipline that teachers and students alike say wastes time and beats down the students.

“The Facebook video does not show an accurate picture of the school. We are proud of the many great things happening for students at AF Amistad High, but we
also know there are ongoing issues. We will work in the coming days, weeks and months to better understand and address them. We’re committed to making sure that AF Amistad High is always a place that parents, students, and teachers are proud of.”

People inside the school say that the surveillance video and Cotton's Facebook post are tough to watch, but that they are opportunities to get better.