Program seeks to help veterans behind bars transition back into society

ENFIELD — Jaime Longolucco and Dwayne Marquis are inmates. But before serving time in prison, they served America. “I was charged with larceny and b... 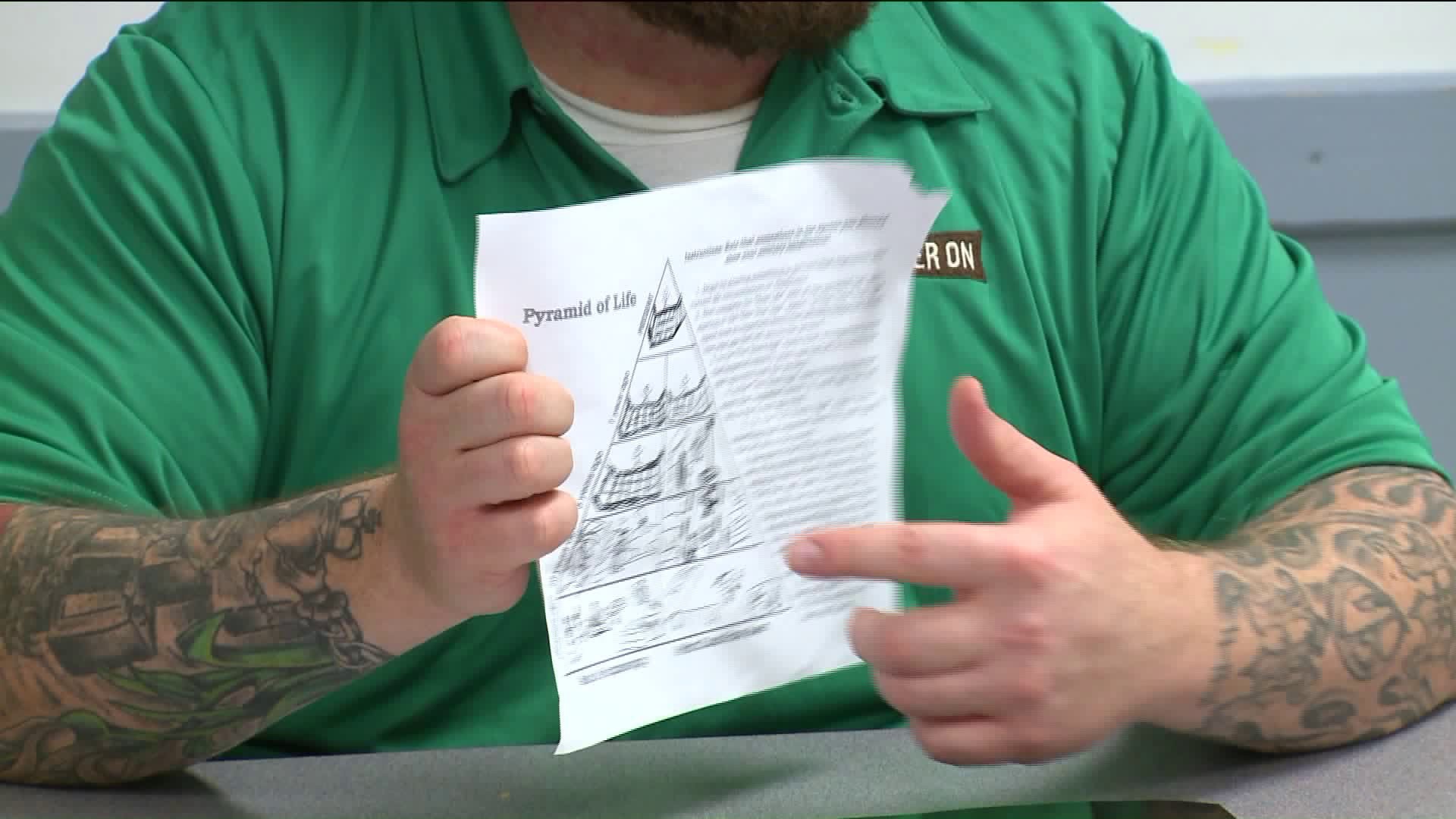 ENFIELD -- Jaime Longolucco and Dwayne Marquis are inmates. But before serving time in prison, they served America.

"I was charged with larceny and burglary," says Longolucco. He was in the reserves for the Army, and then after went into law enforcement.

"I was arrested for possession of firearms," says Marquis. "So that got me forty months in jail." He is ex-military, 169th 11th Bravo, serving 5 years at Fort Benning Georgia.

The Cybulski Reintegration Unit in Enfield has three different groups targeted at helping inmates for life after prison. One group is for inmates nearing their release date, the second is for DUI offenders, and the third is specific for veterans like Longolucoo and Marquis.

"You have to apply. We do interviews -- we look at histories," says the John Tarascio, Warden of the Willard Cybulski Correction Institution, "There's a variety of different factors that go into making sure that the inmate going into the unit is going to at least attempt to be successful."

Tarascio believes in order to be successful, the inmates need to have a structured routine.

"Meaningful activity is very important in a correctional environment because it takes away idleness. When inmates are productive they start to feel good about themselves," says Tarascio. "We want to make sure that we are ultimately making a commitment to reduce recidivism."

The reintegration unit opened in 2015, and has been evolving over the past couple of years. Four months ago, Soldier On, a non-profit group for veterans was introduced into the program.

"They come every day Monday through Friday. They are here doing a variety of programming for the veteran population," says Tarascio, "It ranges from life skills, addiction skills, transitional services, military benefits, and housing. They do a lot of trauma based, cognitive behavior treatment programs -- stuff that is specifically for veterans."

"These folks have been willing to give their lives for our country," says Truslow. "I think that they deserve the best that we can offer so they can get their life back on track."

Longolucco is serving his first prison sentence, and he says this program has changed his life.

"Soldier On... I can't say enough about the program -- the program is phenomenal," he says, "I am happy to share my time with other vets, and share our stories.”

For Marquis, this is his sixth time behind bars, but he says this will also be his last.

"I think if more of us were to jump into an opportunity of a program like this, I think there would be less recidivism," says Marquis, "It's the tools that we are missing that DOC and the administration has been grateful enough to give to us. Now we have something that we can utilize and try to rebuild our lives as we go back out."

Marquis and Longolucco are set to be released within the next five years. They say they are determined to change the direction of their life with the new tools they have picked up in their time in the Cybulski Reintegration Unit.

"A lot of us face PTSD, and don't know how to resolve the issues or have anybody to speak to about it," says Marquis. "We have a comradery going on now and it is really good to know that you can go to another fellow serviceman and talk to him about what’s bothering you.”

Being incarcerated can be mentally grueling and Warden Tarascio says that also being a veteran adds an extra degree of difficulty.

"I think it is a difficult scenario because they are a veteran, and they served this country, they fight struggles that other inmates don't," says Tarascio.

That is why groups like Soldier On, are committed to trying to help incarcerated veterans.

"They come in free of charge to us and they're here every day," says Tarascio. "They have their psychiatrist, psychologist,  program counselors, and military experts. I mean, it's a well run organization that provides a myriad of opportunities for services that normally I don't have the resources to commit. I don't have the expertise."

The inmates in the Cybulski Reintegration Unit spend roughly ten hours a day working to change who they were when they first came to prison, knowing full well that type of change takes hard work and dedication.

"I am not afraid to talk discuss anything that bothers me anymore, I am definitely owning up to what I have done wrong in the past," says Marquis. "With a little time and effort everything is fixable."

Tarascio says he hopes his inmates will continue to take advantage of the opportunities they are provided with, as he tries to serve those, who once served this country.

"If we can make them better than when they came in, then they have a chance at being a successful productive member of society. That is the goal," says Tarascio. "We want them not to come back to our system."