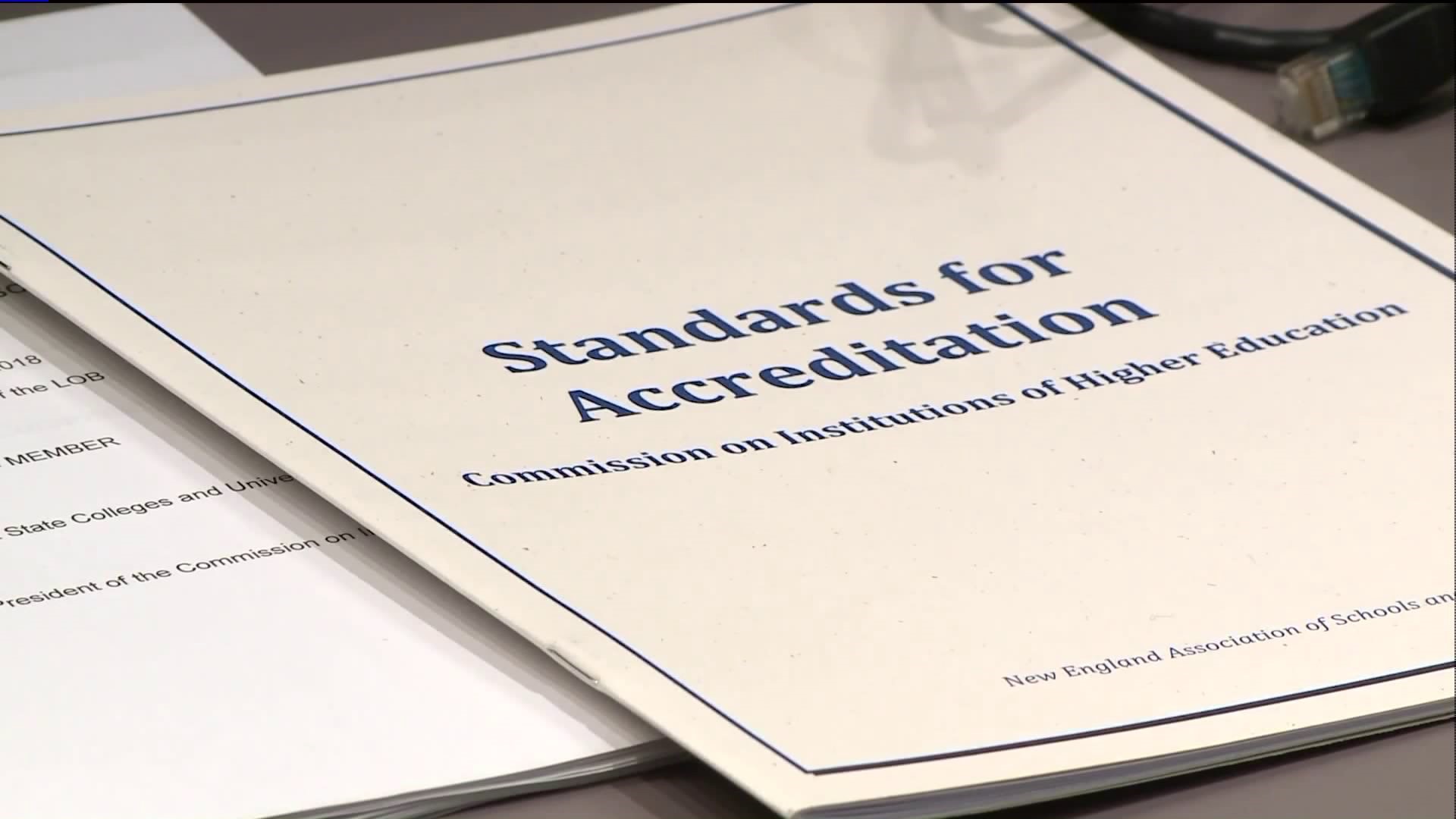 The proposal, approved by the Board of Regents in December, consolidates the state's 12 community colleges into one central system with three regional presidents. It would cut roughly 200 high-level administrative jobs, while saving the state an estimated $28 million per year.

President Ojakian said a more streamlined approach is critical if they want to keep open all campuses and satellite branches. Without it, he said financial reserves are expected to run out in fiscal year 2020.

"In a state the size of Connecticut, do we need to replicate 12 different administrative structures at 12 of our colleges?" questioned Ojakian. "Or do we take the limited resources we have and put them in areas that affect students the most?"

State Senator Mae Flexer, herself a graduate of Quinebaug Valley Community College, questioned things like whether each school would still keep its own identity.

"I'm concerned we're going to lose some of that local community identity that's associated with these institutions if we move quickly toward this change to create just one community college of Connecticut," said Flexer.

Heather Vogt, a current Quinebaug student, is afraid that moving certain positions or processes like financial aid to a central office, would create problems for students.

"There's talk about moving different non-student facing positions to Hartford," said Vogt. "However, there's not a position at Quinebaug Valley that isn't student-facing."

She is asking Ojakian to seriously consider another option.

CSCU will submit a formal Substantive Change Proposal to the New England Association of Schools and Colleges in March, with the hope of approval in April. Ojakian said he wants to begin the consolidation process on July 1, 2019.