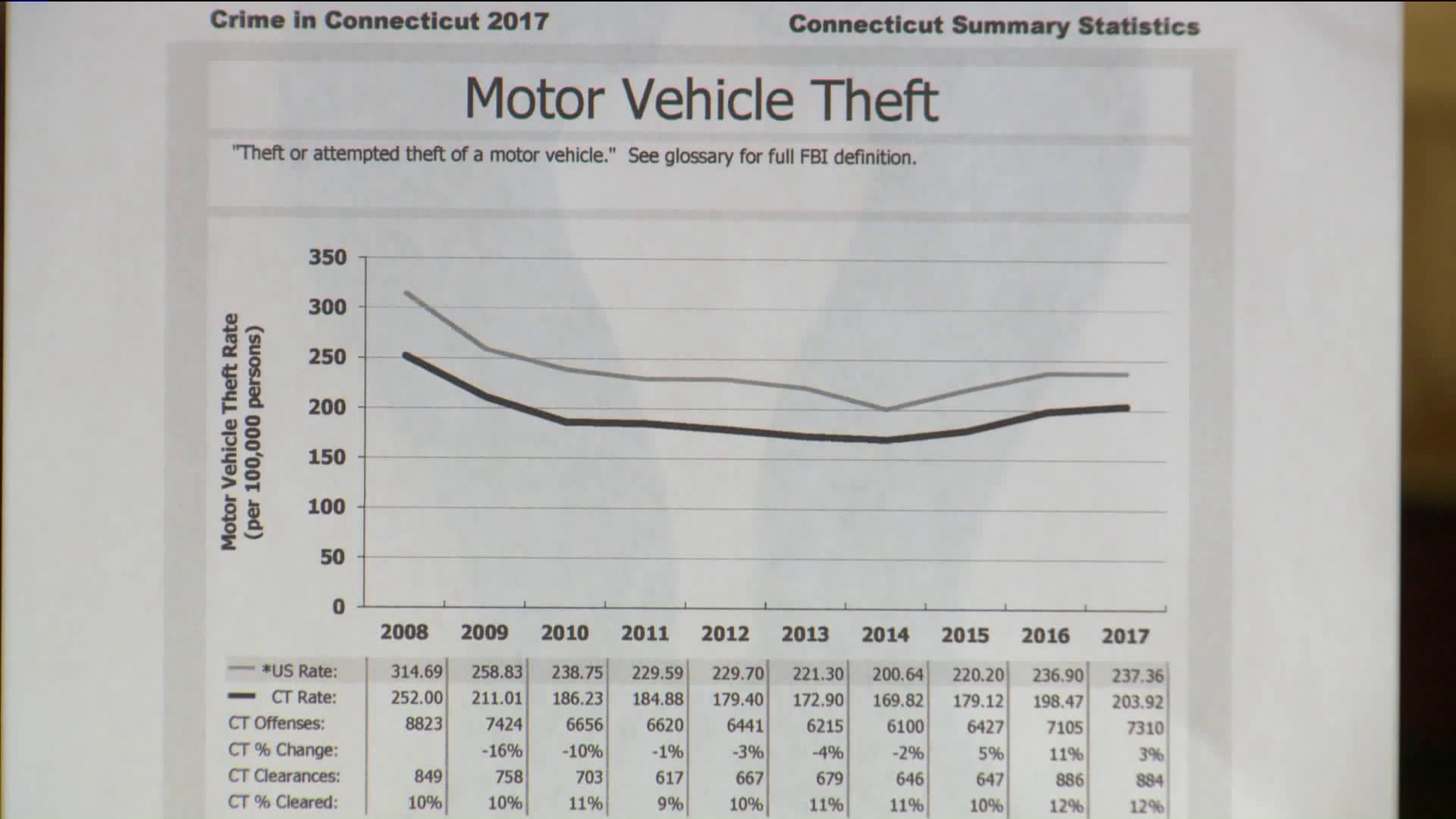 A recent uptick in-car break-ins and thefts is sparking legislative change. A number of proposed bills for the 2019 legislative session target increases to penalties for juveniles who commit certain crimes, like auto theft.

One bill being proposed at a public hearing Tuesday would automatically send juveniles to adult court after two felony convictions.
It would also make it easier for judges to transfer juveniles to the adult system.

"It's suggested that the solution to this problem is tougher punishment for juveniles," says Mike Lawlor, an Associate Professor of Criminal Justice at the University of New Haven.

It's an issue that's been debated for years. In 2017, Wethersfield Police Chief Cetran told FOX61 News the juvenile justice system isn't tough enough on kids to deter them from future criminal behavior.

"They're not likely to be punished very severely even if they're caught, which is amazing to me because they run so hard," says Cetran.

"If that were the solution, the same problem would not be happening in states like Oklahoma and Texas and Tennessee and Arkansas because they have not changed their juvenile laws and they're experiencing the same problem," says Lawlor. "In fact, it's even worse there."

Mike Lawlor is the former undersecretary of criminal justice policy and planning at the Connecticut Office of Policy and Management under Governor Malloy.

The big question is, is a change in the law actually going to change this increase in auto thefts?

"Anything's possible, but I mean this is a national phenomenon being driven by the fact that people leave their cars unlocked. And that's it," says Lawlor.

He says it's easy for people to steal cars because of keyless entries and starters. If you leave your keys anywhere in the car, your car can be stolen with the push of a button. Lawlor says the solution to today's increase in-car break-ins is more simple than changing the law.

"If everyone in Connecticut locked their cars tonight, and didn't leave their cars unlocked with keys in the car overnight, this problem would disappear," says Lawlor.

The public hearing on this bill starts at 11 Tuesday morning at the Legislative Office Building in Hartford.