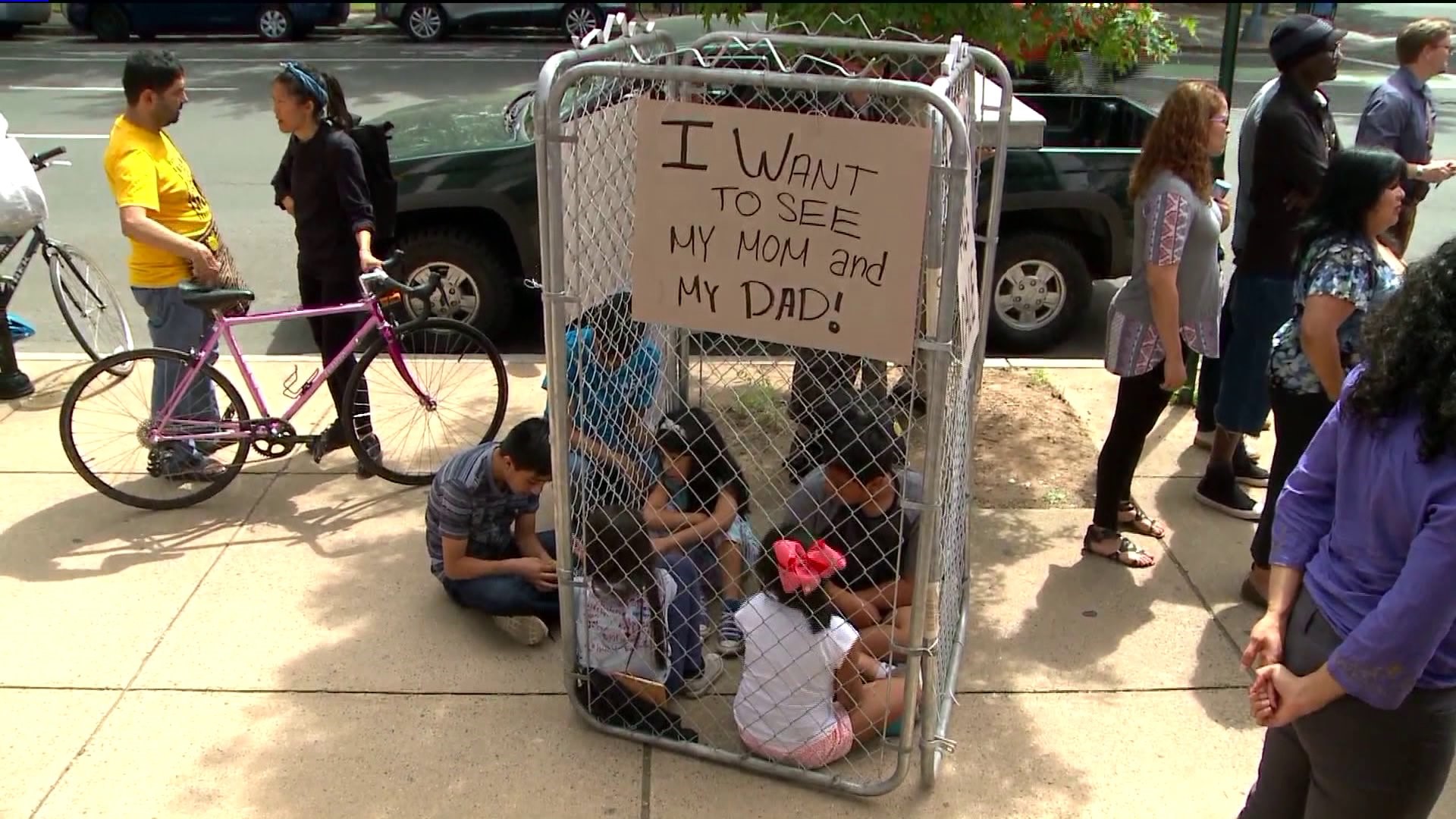 There was a chilly response to President Donald Trump’s executive order keeping families together at the border.

"He did something incredibly cruel and unjust and backpedaling now doesn’t change that," said State Rep. William Tong (D-Stamford).

A couple of high school students in New Haven, who are natives of Guatemala and were among those children detained several years ago at the border, spoke through translator.

Suarez said migration should not be criminalized, but chose not to address the fact that scores of Americans, including Casey Chadwick of Norwich, have been killed by people in the United States illegally.

"We should close detention centers," she said. "We should free the children and free the parents."

Integrated Refugee and Immigrant Services (IRIS), of New Haven, which helps resettle families here in Connecticut, has kept a close eye on the Mexican border.

"Children, who are coming across right now, who are in the news, are with their families and it never has been the policy of an administration to separate them before," said Will Kneerim, Director of Employment and Educations Services for IRIS.

"Children taken from their parents creates a traumatic life event - and as a mother my heart goes out to these families," said Hatfield. "The recent events along our U.S. and Mexico border are the result of a 2005 bipartisan bill that clearly needs to be addressed. We must enforce laws, but we need strong laws that protect our country and still maintains our humanity. I hope that Congress will act swiftly to end this crisis and address our federal immigration issues that, in turn, plague our states with financial and legal burdens that we can no longer shoulder."