Protesters march from Hartford to Wethersfield over police shooting

WETHERSFIELD – Protesters made their voices heard Thursday evening from Hartford to Wethersfield. They demanded justice for Anthony Vega-Cruz, 18 of Wethe... 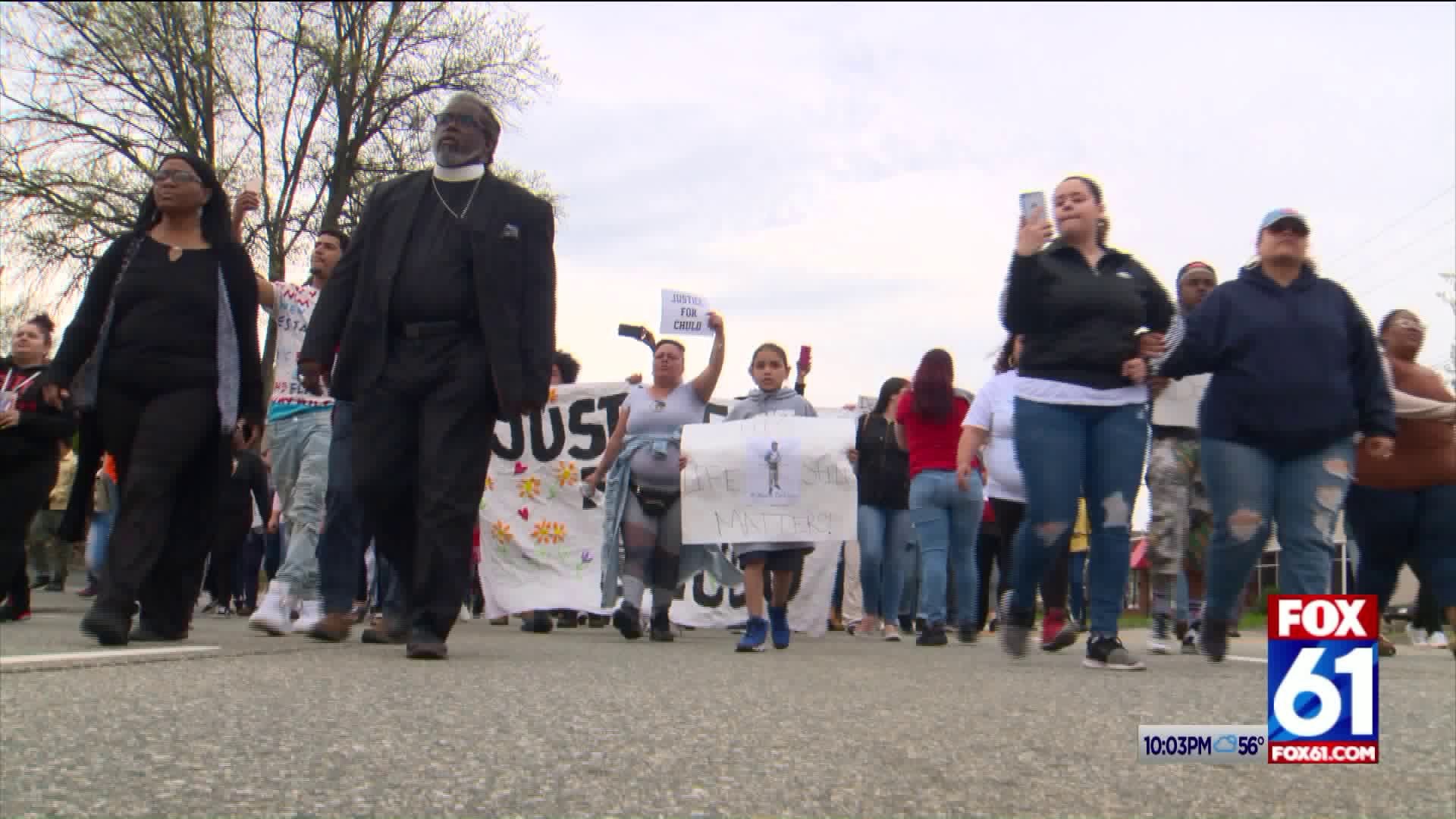 WETHERSFIELD - Protesters made their voices heard Thursday evening from Hartford to Wethersfield.

They demanded justice for Anthony Vega-Cruz, 18 of Wethersfield who was shot and killed by a police officer last Saturday.

Barricades were put up outside of the police department doors as protesters marched up to the officers and held a large sign that read “Justice for Chulo.”

That was the nickname everyone called Vega-Cruz. Police said he was shot and killed by Officer Layau Eulizier. Officer Peter Salvatore was also at the incident but did not fire his gun. Both officers are on leave pending an investigation.

Police said Vega-Cruz’s license plates did not match the car and they believed it was stolen. When the officers tried to pull Vega-Cruz over, they said he crashed into a cruiser and then went towards Office Eulizier.

That is when Eulizier fired his gun.

A close family friend who did not want to identify herself did not hide her anger.

“Regardless of what people are doing, it’s things that they can do better that they don’t have to shoot. It’s other ways to go about it. Stop killing!”

Protesters chanted “come out Amy!” while they marched down Nott Street.

“They’re referring to the mayor of the town of Wethersfield along with the town council who have jurisdiction over this police department and the chief of police,” said Bishop John Selders of Moral Monday CT.

Jeremy Stein with CT Against Gun Violence addressed loved ones and said he is working with lawmakers to make a change over how guns are used.

“We need to get to the bottom of this. We want to make sure that the police are releasing all the tapes that they have - dash cams, get to the truth of it,” said Stein.

Officer Eulizier has been talked about in the past. FOX 61 learned he was involved in another police shooting in 2015 where he shot at a robbery suspect but it did not hit the suspect.

Further investigation revealed that the shooting was justified.