NEW HAVEN — Hundreds of people in New Haven and Hamden continue to crowd the streets in protest, demanding justice for the police shooting of an unarmed b... 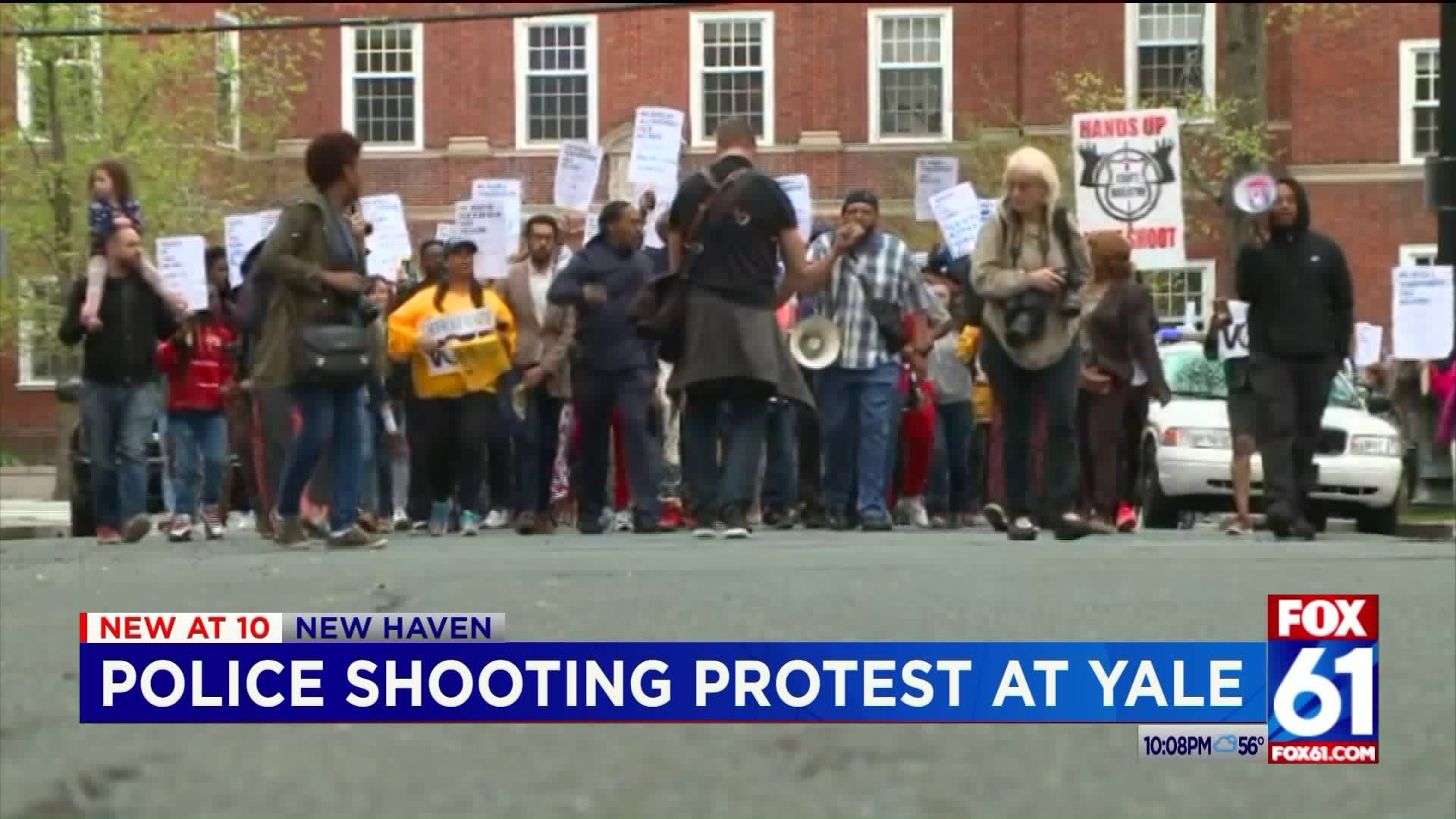 NEW HAVEN -- Hundreds of people in New Haven and Hamden continue to crowd the streets in protest, demanding justice for the police shooting of an unarmed black couple last week.

On Tuesday, April 16, a Hamden police officer and a Yale University police officer responded to a report of a robbery, finding a black couple inside of a car on the corner of Dixwell Avenue and Argyle Street in New Haven. The Hamden officer fired multiple rounds into the car and injured the female passenger, who is expected to survive. Neither the man nor the woman in the vehicle was armed, and body camera footage shows the man put his hands up before the officer fired his weapon.

Thursday night, the streets of Yale were crowded with protesters chanting, “no justice, no peace,” and “hands up don’t shoot.”

“Yale should be held accountable and have transparency for what’s happened,” said one protester, Ann Delauro.

“I’ve been protesting all week about the shooting,” said Allan Brison of Hamden.

The protest on Thursday was just one of many that erupted in the days since the shooting took place.