HARTFORD —  Protests continue to spill onto the streets of Puerto Rico. At the center of it all is a political scandal and anger aimed at the governor. 90... 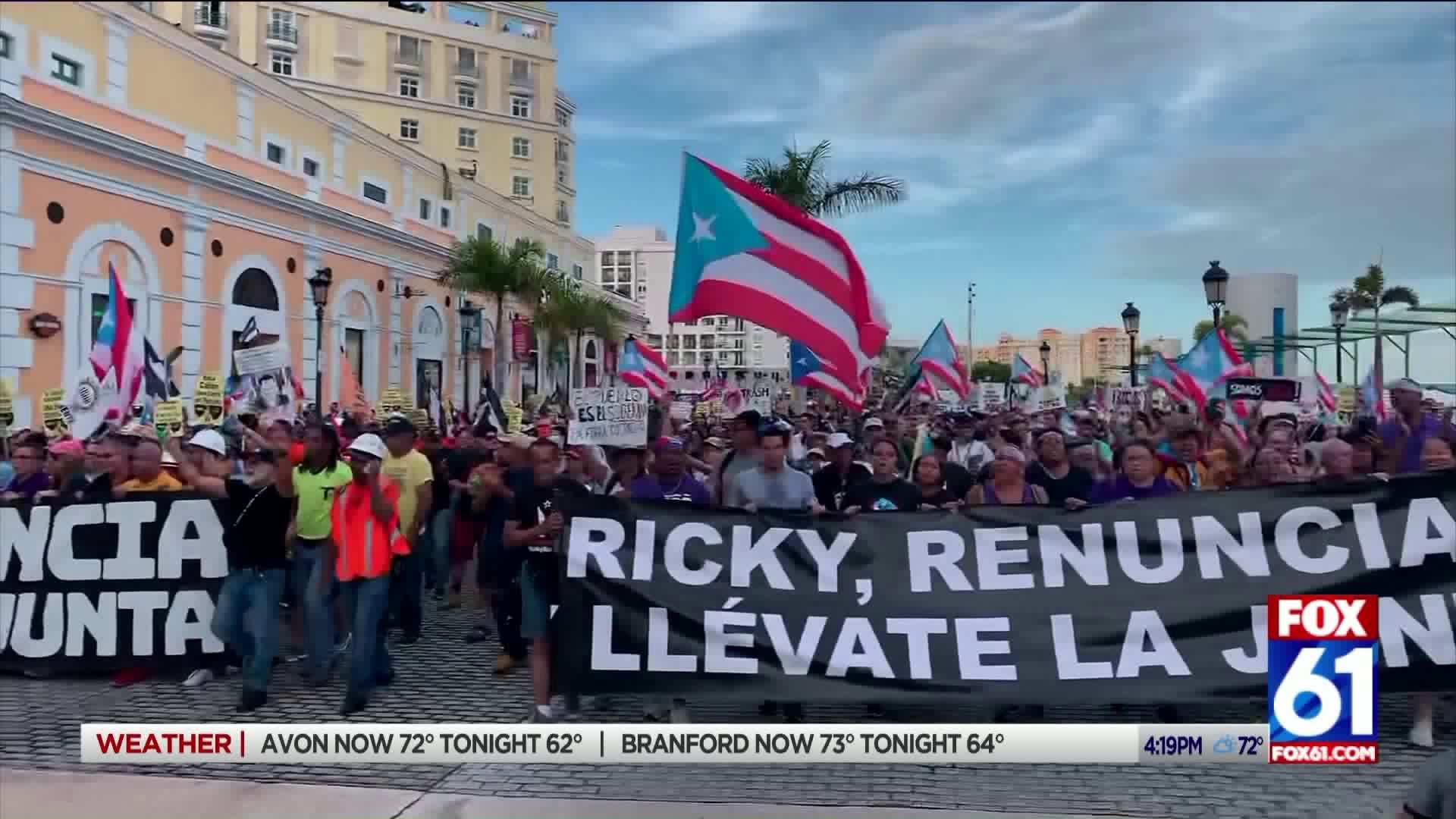 HARTFORD --  Protests continue to spill onto the streets of Puerto Rico.

At the center of it all is a political scandal and anger aimed at the governor.

“What hurts more in the chats are about the people that died. That’s what hurts a lot. Because I can tell you my uncle died during Maria so my uncle is a number of those people he is making fun of,” Lydia Rodriguez – Perez who was travelling from Comerio, PR to Springfield.

Governor Ricardo Rossello has spoken out saying he will not seek re-election, but a lot of people have been calling on the governor to resign.

“Puerto Rico does not deserve a governor who has no regards to our people our families and our friends,” said Hartford City Councilman Jimmy Sanchez.

“We have so many families in our city who have deep connections to the island of Puerto Rico but beyond that who made Hartford home of the devastating wake of the hurricanes not long ago,” said Mayor Luke Bronin.

City leaders said they are standing in solidarity with Puerto Rico, but are also hoping that peace will resume soon at the island.