HARTFORD – The Puerto Rican Men’s National Soccer Team made an appearance on Pratt Street in downtown Hartford. They made the appearance ahead of their fr... 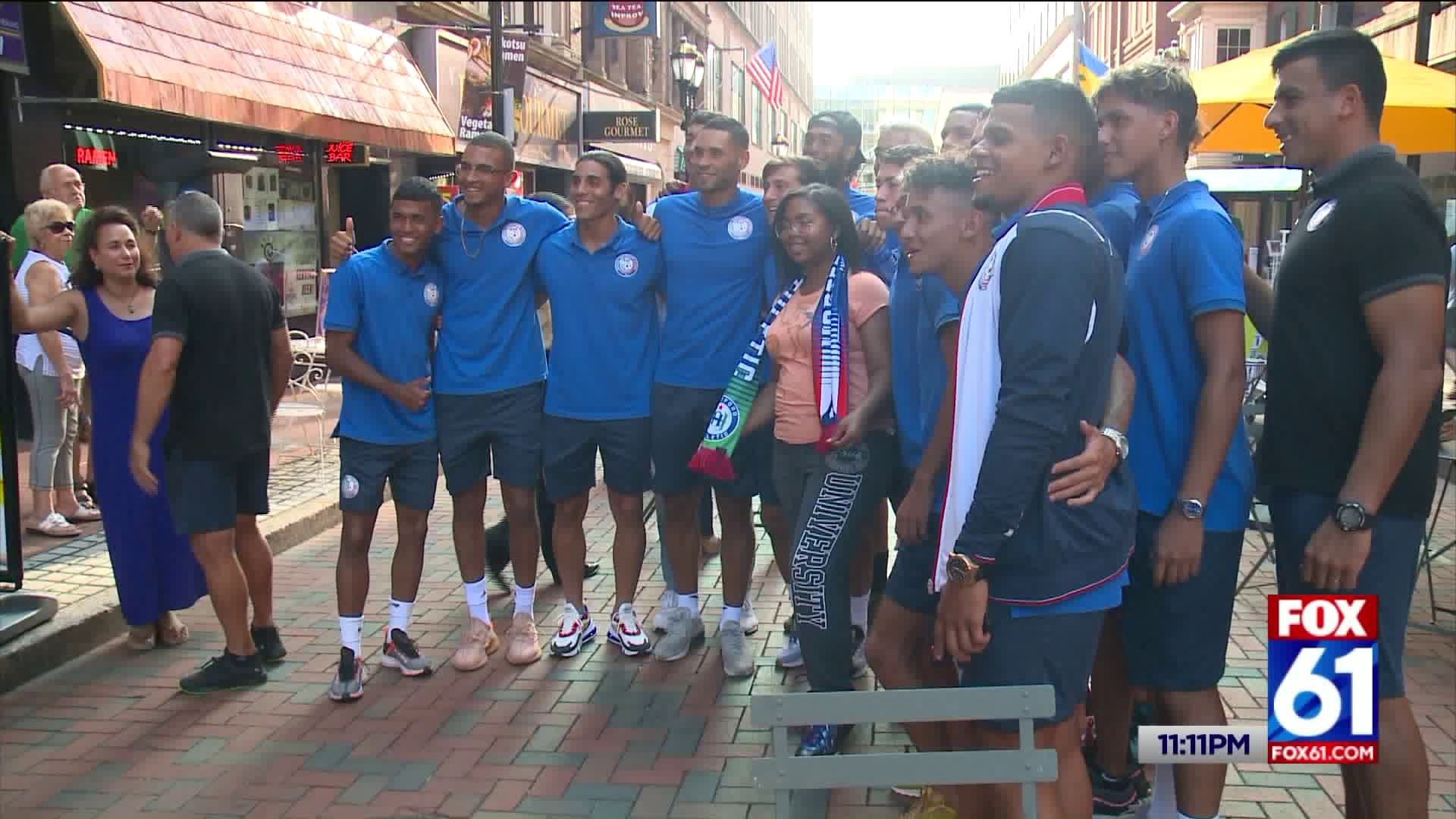 HARTFORD - The Puerto Rican Men’s National Soccer Team made an appearance on Pratt Street in downtown Hartford. They made the appearance ahead of their friendly tomorrow against the Hartford Athletic to promote a good cause.

Dillon Stadium will be rocking Saturday when the Athletic take on Puerto Rico. It’s an opportunity for fans to get an intimate look at some of the up and coming Puerto Rican stars.

"This is right where we want to be as a country, right where we should be in the process and these are the steps that are going to make us better," said Joshua Calderon.

Calderon is from the Elm City. He’s a part of the young Puerto Rican core ready to take the next step at the national level. He is excited to get the opportunity to play in front of family and friends.

"To be out here with the national team representing my country and playing against Hartford is everything. Can’t ask for more," said Calderon.

The Hartford Athletic and El Poeta De Los Sandwiches helped organize the meet and great with fans. The players were out playing games, taking pictures and talking with fans as they immersed themselves in Hartford’s Puerto Rican Community.

The friendly is also for a good cause. One dollar from every ticket sold to tomorrow’s game will go to helping people affected by Hurricane Maria.

"It means the world that I can give back through something I’ve played my whole life and love so much," said Jacob Conde.

“That’s the great thing about soccer. It Doesn’t matter where the heck you are from. It brings people together,” said Nelson.

The game will take place at Dillon Stadium beginning at 5 p.m.. Tickets to the game begin at $10 and can be purchased here.