HARTFORD —  It was a cry for help at Monday night’s Hartford City Council meeting. Several people spoke during a public comment period about a lack of res... 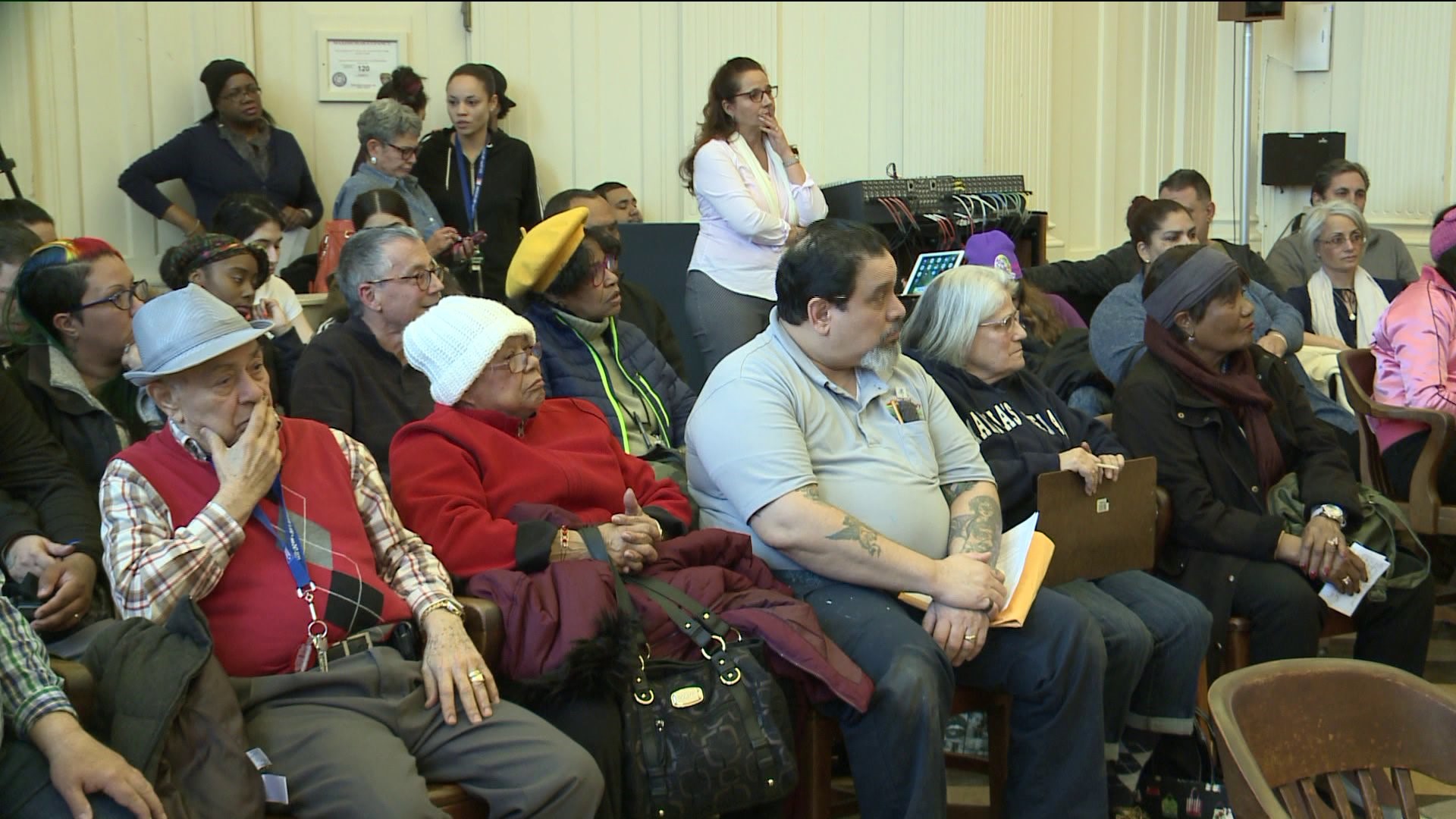 HARTFORD --  It was a cry for help at Monday night’s Hartford City Council meeting.

Several people spoke during a public comment period about a lack of resources for those displaced to Connecticut from Puerto Rico after Hurricane Maria.

“All the families that are here in still in a hotel, please help us,” said Emili Negron, who left Puerto Rico with her husband in December.

Negron said she is still living in a hotel because the work she has found so far is not enough to afford rent payments.

“FEMA brought them here, paid for their plane ticket, their hotel, and forgot about them,” said Pedro Bermudez, who came to Connecticut from Puerto Rico in October.

Bermudez said he had an easier time because he has family in Connecticut, but still had a hard time uprooting his life. He now works at a non-profit called Make the Road CT, where he helps other hurricane victims, many of whom have a hard time finding help because they do not speak English.

“Imagine if you go to Russia or France, imagine yourself trying to find all those services,” said Bermudez. “It was very difficult for them.”

Annette Medero broke down in tears while addressing council members. She works at a local non-profit called Advocacy Unlimited and helps to connect victims with resources. Medero said she often has to call dozens of agencies before she finds one that can help.

“I just know that people are reaching out to the agencies that have received the funding and they’re being turned away,” said Medero.

State Representative Brandon McGee, who also spoke in front of the council, said the burden has fallen on underfunded local agencies ever since a hurricane relief center in Hartford closed last month. Both McGee and Medero said they see people who were displaced by Hurricane Maria who are now homeless in Connecticut.

"I don’t have words when it’s cold and it’s raining and you have a young woman in your presence with a three-year-old and they have nowhere to go,” said Medero.

“You do have people that are homeless and, quite frankly, they’re knocking on the doors of our city council men and women and going to the state and saying, 'I need help, I don’t know where to go',” said McGee.

FOX61 reached out to Hartford Mayor Luke Bronin’s office, which sent us copies of letters the mayor has sent to FEMA and Governor Malloy, asking for more assistance to make sure Hartford appropriately addresses the needs of families in crisis.

After our story aired, FEMA contacted FOX61 to say it did not pay for the flights for those who left the island before or after Hurricane Maria, and that as of today, the only funding available is for housing assistance and not for transportation.