ORANGE – What’s supposed to be a cherished Easter tradition turned into a mess after pushy parents caused a scene at egg hunts over the weekend. The... 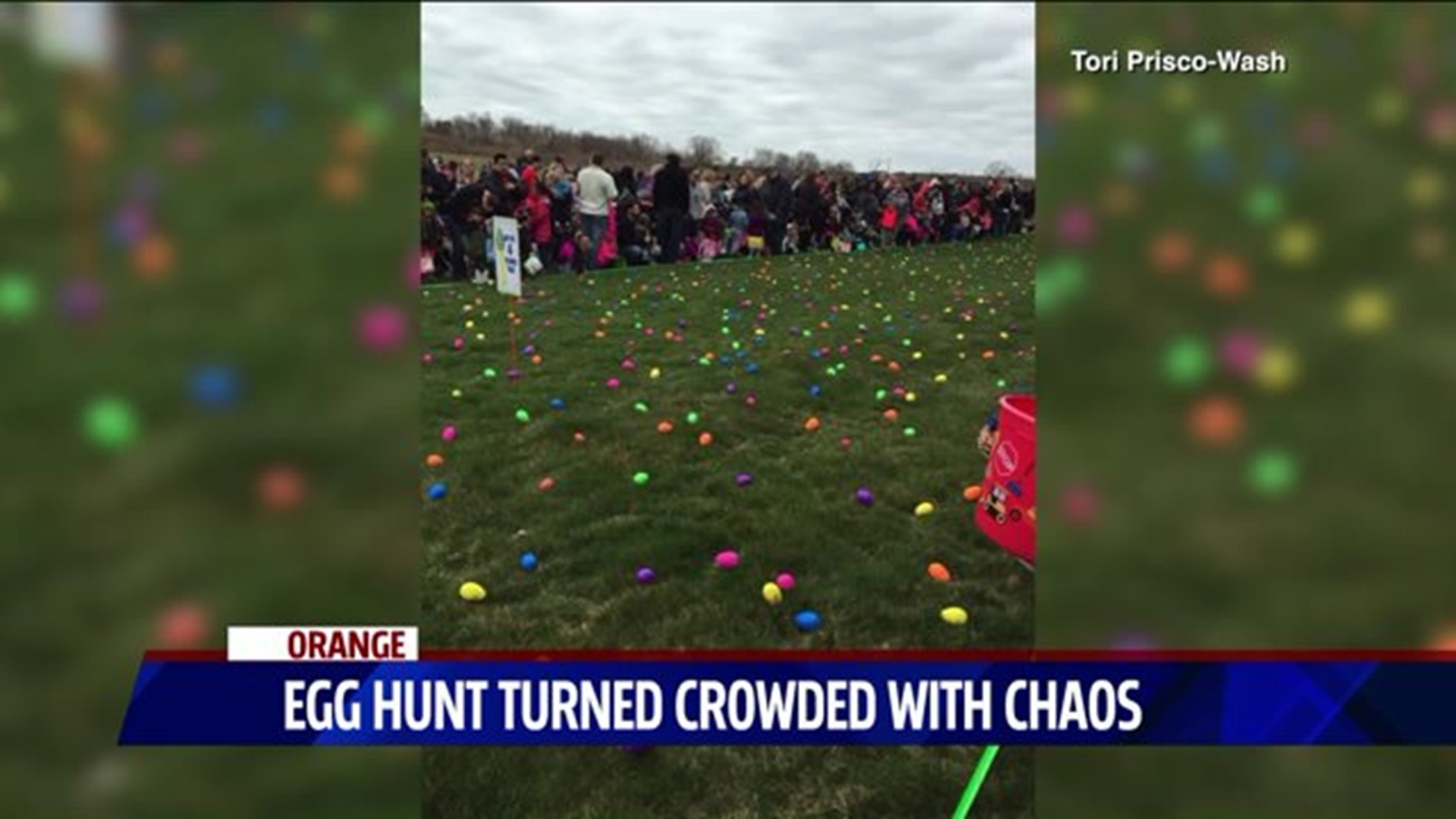 ORANGE - What's supposed to be a cherished Easter tradition turned into a mess after pushy parents caused a scene at egg hunts over the weekend. The third annual event was held at the Pez Visitor Center’s in Orange at around 10:30 a.m. Saturday.

According to Pez, based on the prior years, they had an idea as to what to expect and even boosted the numbers of eggs and planned for an even larger crowd this year.

However, even though Pez hid over 9,000 eggs on three separate fields, the number of families that came out to participate far exceeded anything they could have possibly planned for, according to the company.

Each field was to be organized by age group with a staggered start; 10:30 a.m. for ages up to 4 years old, 10:45 a.m. for ages 5-8 and 11 a.m. for ages 9-12, but people chose to enter the first field prior to the start of that activity, then the other fields, and took everything before the events started.

Parents reacted by posting on the Pez Facebook page after the event.

“Unfortunately people chose to enter the first field prior to anyone from PEZ staff starting the activity. The crowd moved to the second field, waited for only a couple of minutes and proceeded to rush the field without being directed to do so and before the posted start time.

The general manager and other staff Visitor Center staff members were on hand trying to talk with as many people as we possibly could, letting them know if someone didn’t get an egg or candy, we had plenty of candy at the front entry for them. We sincerely tried our best to create a fun, free activity for everyone to enjoy.

We made efforts to get everyone something before they left and passed out tons of candy and coupons and the front entry and tried to make the best of an unfortunate situation. Due to the actions of a few, the good intent quickly turned into a mess. I would like to sincerely apologize to each of our guests, this was not something created to frustrate or make people angry. We only wanted to do good for the local community."

A Pez spokesman compared the crowd to locusts. No injuries were reported.

Pez released a new statement on Monday and said: "We are aware it’s been the focus of many news stories and have received an outpouring of support and requests for further interviews."

This was PEZ Candy’s third year of hosting a free Easter Egg Hunt event; we anticipated a larger crowd placing more than 9,000 eggs on 3 different fields.

Unfortunately, the number of families that participated far exceeded the previous two year’s events.  People chose to ignore staff direction and entered the fields before the posted start times, removing everything well before the activity was to begin. Due to the actions of a few, the good intent quickly turned into a disappointment.

We made every effort to pass out plenty of candy and coupons to the children that were unable to obtain anything during the event.

The remainder of the day went as planned. We had a large number of guests that chose to stay after the Egg Hunt to enjoy the Visitor Center and the Easter Bunny.  The Bunny offered free candy and dispensers to all that were interested.

We sincerely tried our best to create a fun, free activity for everyone to enjoy and greatly appreciate the overwhelming support we have received not only locally, but nationally and internationally as well.

In Proctor, Vermont, one man is facing charges of disorderly conduct and resisting arrest after police were called to an overbooked Easter egg hunt Saturday at Wilson Castle.