HAMDEN — A Quinnipiac University fraternity is showing they know the meaning of brotherhood. One of the brothers in the Sigma Phi Epsilon fraternity, Joey... 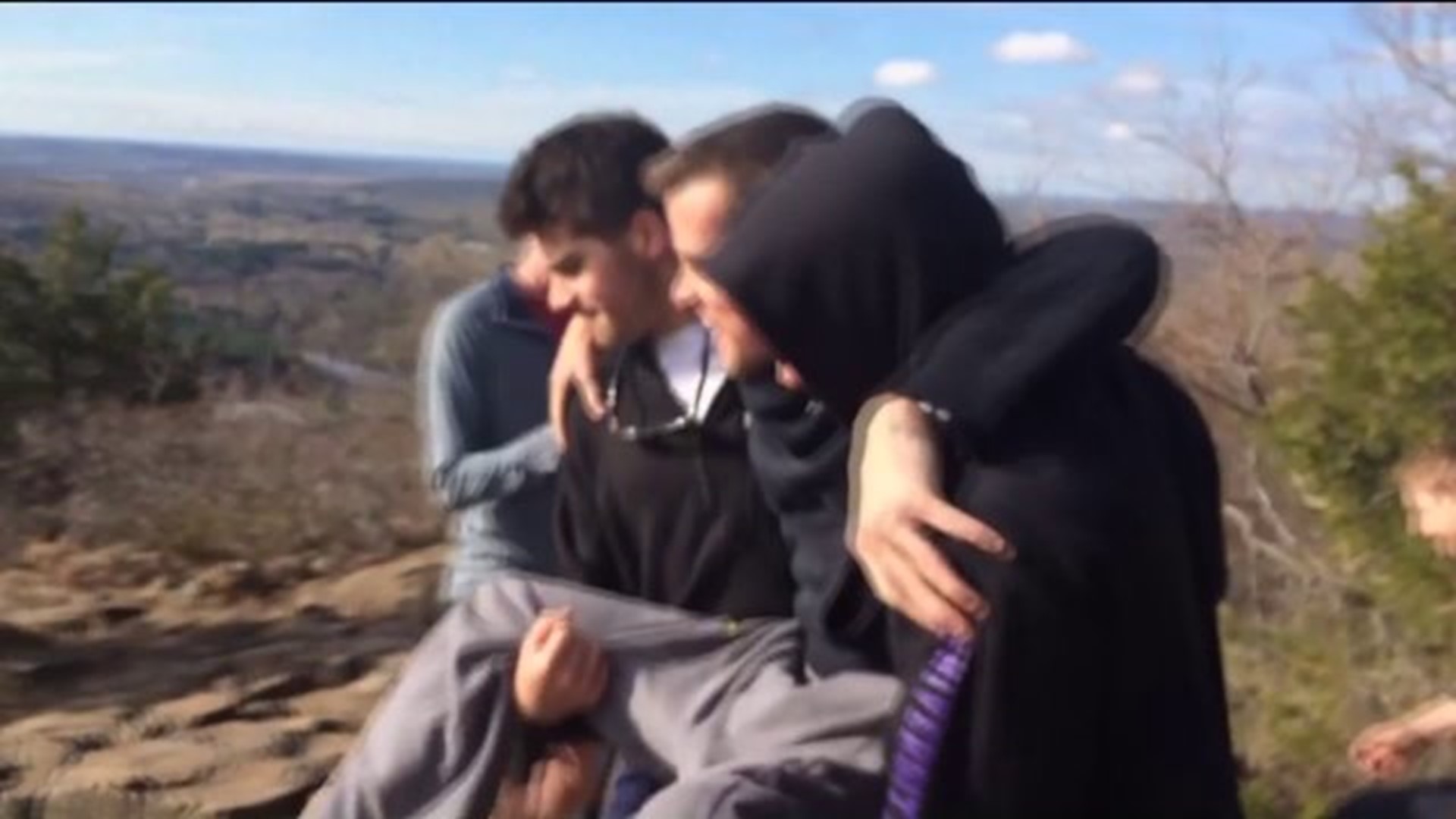 HAMDEN -- A Quinnipiac University fraternity is showing they know the meaning of brotherhood.

One of the brothers in the Sigma Phi Epsilon fraternity, Joey Mullaney, has a rare neuro-muscular disorder called Friedreich’s Ataxia. Because of this, he’s confined to a wheelchair.

Mullaney thought he would never be able to climb the mountain at Sleeping Giant State Park, which is a tradition among Quinnipiac students.  But his Sigma Phi Epsilon brothers had a different thought.

Last Spring, they told Joey they were going out to breakfast,  but instead they drove to the mountain.

“It was just something that I always wanted to do,” said Jon Nanna, Junior at Quinnipiac University and Sigma Phi Epsilon brother.

“He’s been one of my best friends since freshman year, so it was just a small way to give back for all that he’s done for me.”

Because Mullaney couldn’t climb the mountain himself, his brothers literally carried him on their backs. They took turns as they climbed, until finally reaching the top.

“I just took in who was with me and just being up there.  It’s just something I`ll never forget.”

The brothers are sharing their experience now because they have a new mountain to climb together: finding a cure for Friedreich’s Ataxia. The first step is raising awareness.

Last year, they raised $30,000 in a similar event with all the proceeds going toward research leading to treatments and a cure.

Mullaney said, “With the help of this and events like this, hopefully one day I`ll be able to run up that mountain.”