Democrat Ned Lamont‘s lead has shrunk from 8 points to 4 points in the new Quinnipiac University Connecticut governor’s race poll, released Tuesday. And a... 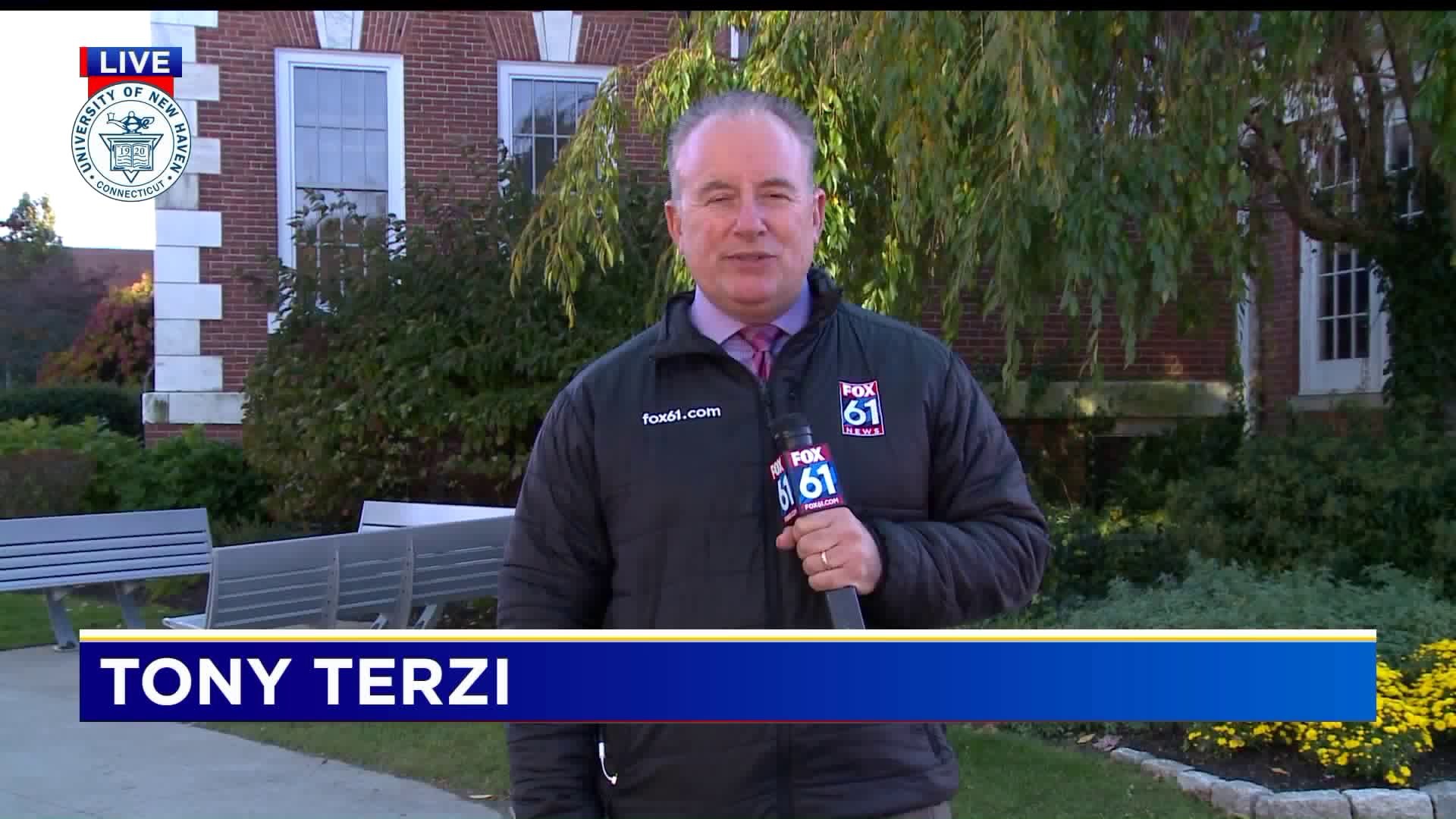 And all three candidates reacted before their final debate prior to the Nov. 6 election day.

Visiting with constituents eating lunch at Mystic Pizza, Republican candidate Bob Stefanowski, whose goal is to eliminate the state income tax in eight years, said he attributes Ned Lamont‘s diminishing lead shrinking to voters wanting change, which he says will happen under his leadership.

"By lowering taxes, reducing the size of government, getting jobs back in this state and investing in education and healthcare, getting housing prices to come back up," Stefanowski said.

And, he added, he feels encouraged by some folks he’s meeting on the campaign trail.

"I’ve had Democrats, probably in the last week on this bus tour, probably 20 Democrats, come up to me and say they're voting Republican for the first time in their life." he said.

Catching up with students at Eastern Connecticut State University, was Lamont, who says he’s not concerned at all about his shrinking lead in the polls.

"We’ve had a small, but consistent, lead for a while," said Lamont. "We’re going to do just fine and turn the state around, provided all of the people in this room vote next Tuesday."

That belief in part because he maintains that Stefanowski and President Trump are one in the same.

"They've embraced each other, be it guns, be it the environment, be it women’s rights, be it that Trumpian tax cut that will just drive up to tuition costs here at Eastern," said Lamont.

Independent candidate Oz Griebel, who recently earned the Hartford Courant’s endorsement, had his poll numbers dip by 4%, in the most recent Q Poll, down to 7 percent support. However, the former leader of Metro Hartford Alliance he insists he is not a wasted vote.

"Let’s just remember, 900,000 of the 2.1 million registered voters are unaffiliated," Griebel noted. "If you look at the unfavorability ratings of both Ned and Bob, they are significant. Our momentum has been growing steadily. I mean this (Quinnipiac) poll that came out didn’t take into account the Courant endorsement."

Griebel said the only polls that matter are the ones that closes at 8 o’clock next Tuesday night.

"The wasted vote is voting for either a Republican or Democrat and continue this duopoly that has resulted in no net job growth, increased taxes and fees," Griebel said. "It’s time to take Connecticut back from the duopoly and have a ticket, an executive branch, that is focused on Connecticut residents, tax payers and employers.

Those who support Griebel say Lamont is their second choice, which Stefanowski says he is not surprised by, because they support many of the same measures.

The Quinnipiac Poll results reveled that 13 percent of those, who are presently supporting a candidate, say they might change their mind.