HAMDEN – Everyone has an opinion and a side they are picking in the Dr. Christine Blasey Ford and Judge Brett Kavanaugh showdown in DC. That includes Quin... 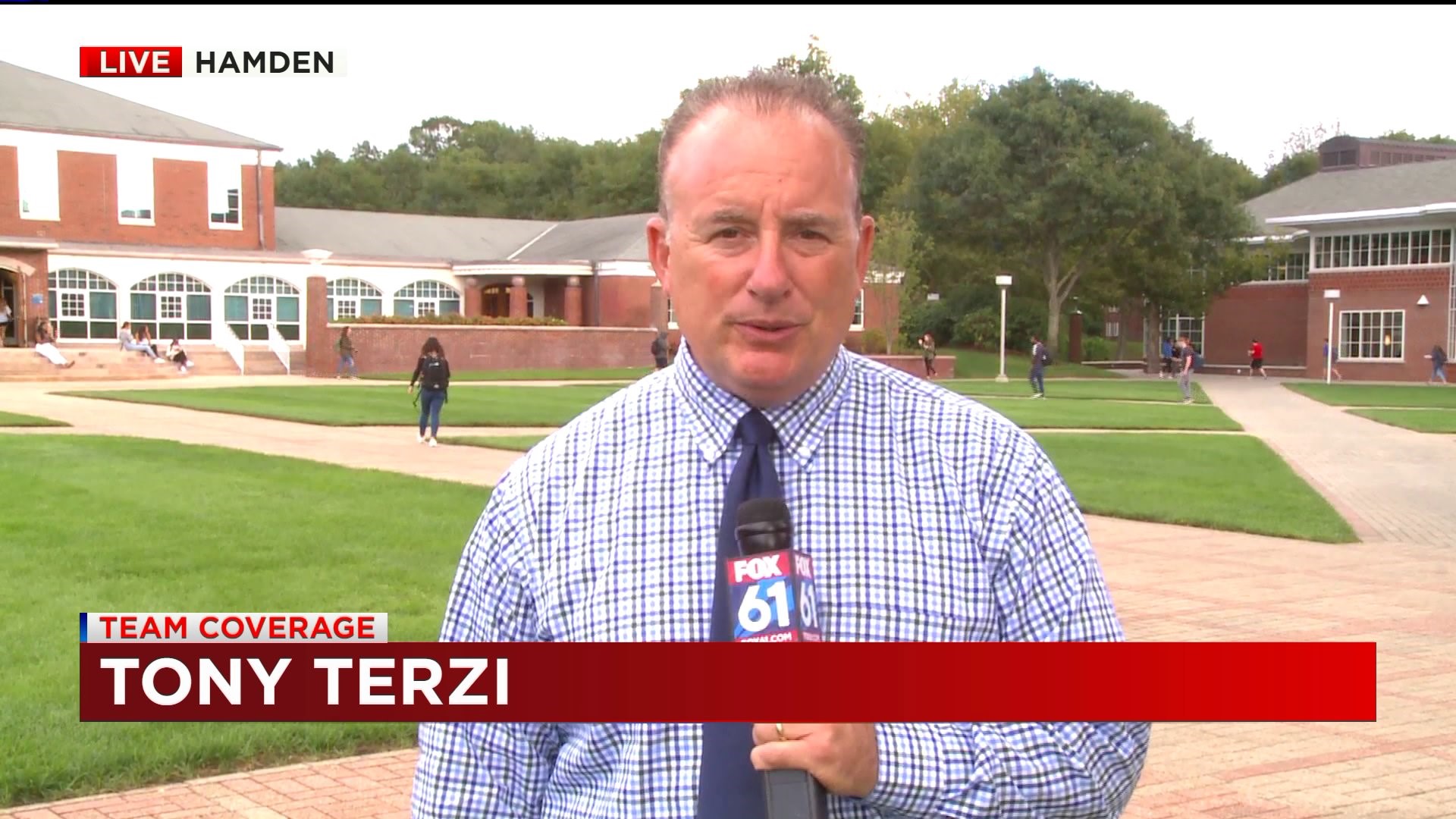 HAMDEN - Everyone has an opinion and a side they are picking in the Dr. Christine Blasey Ford and Judge Brett Kavanaugh showdown in DC. That includes Quinnipiac University students, who were watching intently.

Thursday, students could be seen walking campus looking at or listening to their phones and there were also those who chose to go inside the student center to watch the proceedings on a big screen.

“IV think the whole thing is extremely political, but that doesn’t mean that the allegations should not be taken seriously,” said Andrew Guistwite, Quinnipiac senior.

Some had no issue with Dr. Ford, Judge Brett Kavanaugh's accuser, admitting to having holes in her memory about the alleged sexual assault occurring 36 years ago.One student knows sexual assault survivors.

“They say that they can’t remember certain everything but they can remember certain details to them like the pattern of breathing and things like that and those are triggers to them,” said Ashley Cotto, Quinnipiac sophomore.

One of the students says he was peeking at proceedings on his phone.

“I was just watching her body language. She was like smiling, pretty happy,” said Quinnipiac Student Scott Pitz. “I kind of don’t take the whole thing that seriously.”

About 70 students watched in a lounge at Yale Law School as Christine Blasey Ford told the Senate Judiciary Committee that Kavanaugh sexually assaulted her at a high school party in the 1980s. Some students gasped during the testimony, said Alyssa Peterson, a third-year law student from Glen Ellyn, Illinois.

"As a survivor of sexual assault myself, my heart aches for her," Peterson said. "What she's going through is just unimaginable."

Kavanaugh is denying the sexual misconduct allegations by Ford and other women as the committee considers his nomination to the Supreme Court.

Some Yale students have been protesting Kavanaugh's nomination, including at a rally Wednesday outside a Yale building where a second woman, Deborah Ramirez, has alleged that Kavanaugh exposed himself to her when they were students there in the 1980s.

Samantha Peltz, a 26-year-old law student from Chicago, said many students have been calling for a fair hearing of the sexual misconduct allegations against Kavanaugh. She likened Thursday's hearing to the proceedings years ago involving Justice Clarence Thomas and Anita Hill.

"Anita Hill went to this school," Peltz said. "We felt she wasn't given due consideration to her allegations. We want to make sure that doesn't happen again."

Some students who declined to be quoted by name said there is support for Kavanaugh on campus and that others were rushing to judgment too quickly on the allegations against him.

The dean of the law school, Heather Gerken, said earlier this week that the allegations of sexual misconduct were "rightly causing deep concern at Yale Law School and across the country." She said she could not take a position on the nomination but she was proud of the work students and faculty have done to engage with the issues.