NORTH HAVEN — In New Haven two billboards are at odds with each other. One of them alerts divers that marijuana is up the road and the other advocates for... 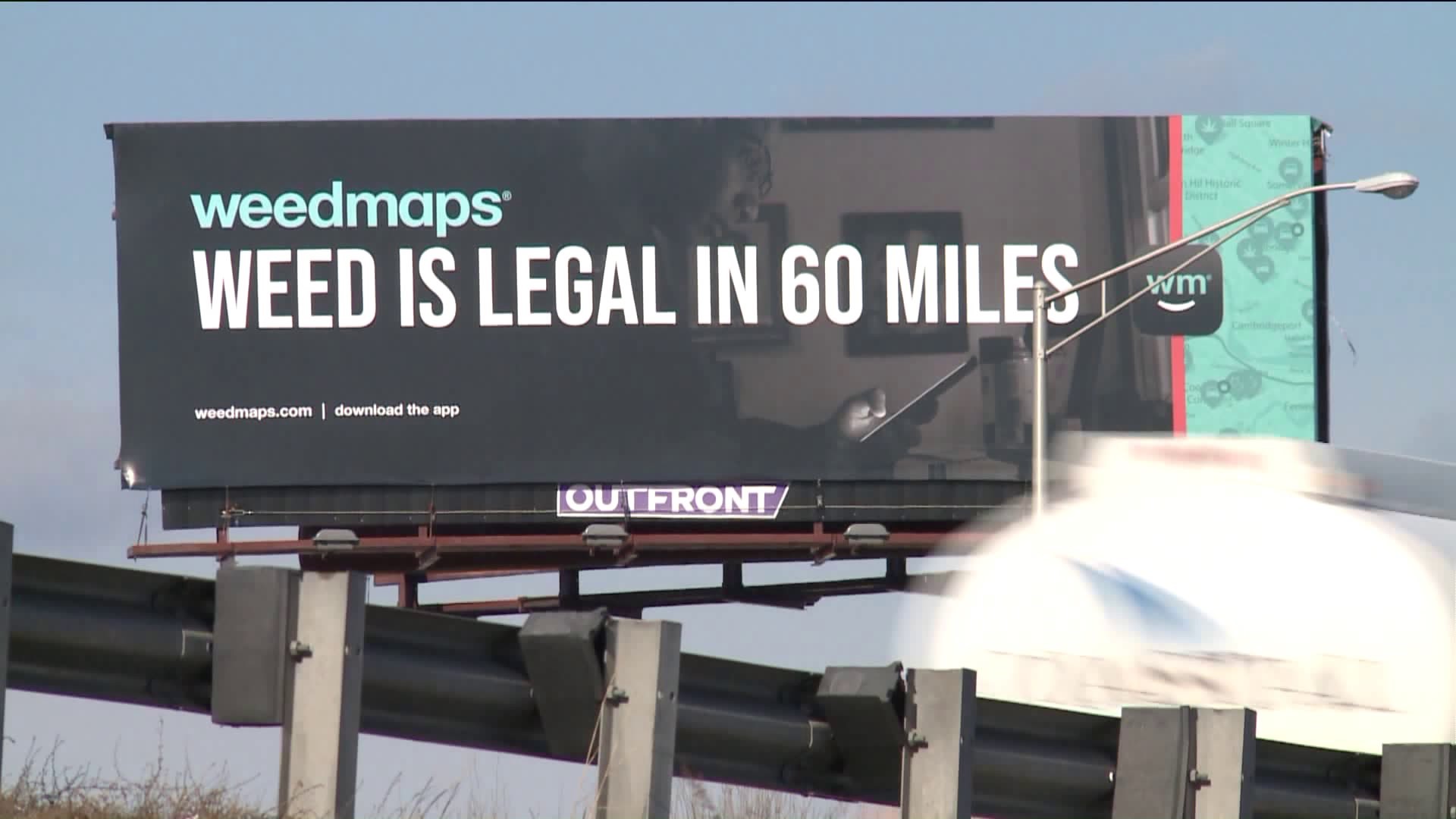 NORTH HAVEN -- In New Haven two billboards are at odds with each other.

One of them alerts divers that marijuana is up the road and the other advocates for substance abuse treatment.

The billboard in question is he one put up by Weedmaps, which is a company out of California.

Saturday morning the controversy continue. Protesters and counter-protesters met in North Haven for a rally.

Protesters held signs and voiced their concerns over the kind of message it sends to teens and their families.

“It’s something I’ve been involved with the past few 10 years the issues of teens and substance abuse and I’ve seen the impact it has on families it’s absolutely devastating,” says Bo Huhn, from the Guilford Developmental Assets for Youth.

Cody Roberts, a resident from Seymour, disagrees and tells FOX 61 marijuana helped him get off anti-depressants for almost a decade.

“Cannabis saved my life and gave me a healthier lifestyle and better alternative to life and pharmaceutical addicted drugs,” says Cody Roberts.

Meanwhile a spokesperson for Weedmaps says their billboard does not necessarily mean marijuana is used for negative reasons. Carl Fillichio, the spokesperson for the company released this statement.

“Weedmaps is a community where people can search and discover cannabis products; become educated on all things cannabis; review cannabis businesses; and connect with other like-minded consumers. Businesses can list their services for free. And users of our site and app can register for free.

“We encourage and advocate for responsible consumption of legal, adult use cannabis. Our site includes a "learn" platform, which provides comprehensive and easy to understand information about cannabis use for both novice and connoisseur consumers.” -Carl Fillichio

Governor Ned Lamont has made clear that legalizing recreational marijuana is one of his legislative priorities.

Last legislative session, multiple recreational marijuana bills failed. Senate Bill 5595 looks to bring this topic back to the table. It’s next stop is the Finance Revenue and Bonding Committee.