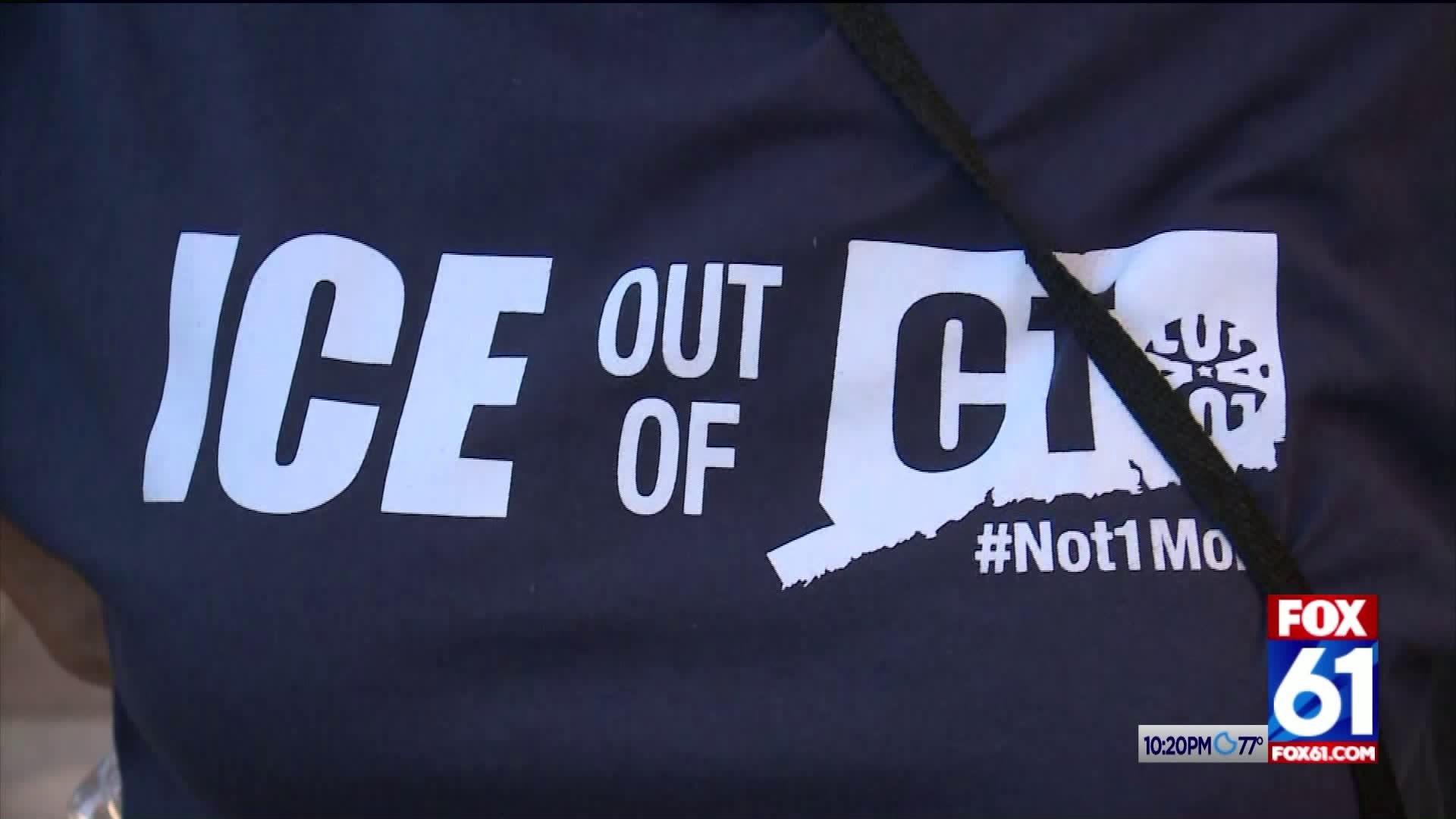 NEW HAVEN -- A rally was held Wednesday evening at the front steps of the New Haven City Hall in response to President Donald Trump's recent threat to immigration raids across the country.

There were hundreds of people of all ages who were there to send the same message - they will not leave the country no matter what their status is.

Tong led off the rally by telling stories of his family and how the immigration policy hits close to home for him.

People at the rally spilled out onto the road and held up signs that read "keep hate out of our state" and "not all immigrants are criminals."

This large response comes after President Donald Trump originally scheduled to have immigration raids this past weekend but ended up postponing it to two weeks later. That was done so Congress can make changes to asylum law before ICE agents deport undocumented immigrants.

Immigration advocates all over the country, including right here in Connecticut took to the streets and rallied.

"Connecticut needs to stand up against hate. We’re here to show our strong support for immigrant communities. We want to make sure that this administration understands that we’re not afraid, that we’re going to do everything we can to fight to protect immigrants including undocumented immigrants," said Kica Matos, a immigration rights organizer.

"This is not what this country stands for. This is a country that was built on unfounded by immigrants. The Statue of Liberty is like “bring us your tired, your hungry, your poor!” said Dawn Cook of Manchester.

Mayor Toni Harp ended the rally with closing remarks and said she is working closely with the Board of Alders to make New Haven an official sanctuary city.

"This is a nation that has peppered throughout its history for the exact same reasons. We will not support being a part of ICE!" said Mayor Harp.

President Trump's original raids would have taken place in ten cities and roughly two-thousand families who have received removal orders.