SHELTON — A placard posted on the Huntington Green in Shelton last week has become quite the conversation piece as the holidays approach. The sign denounc... 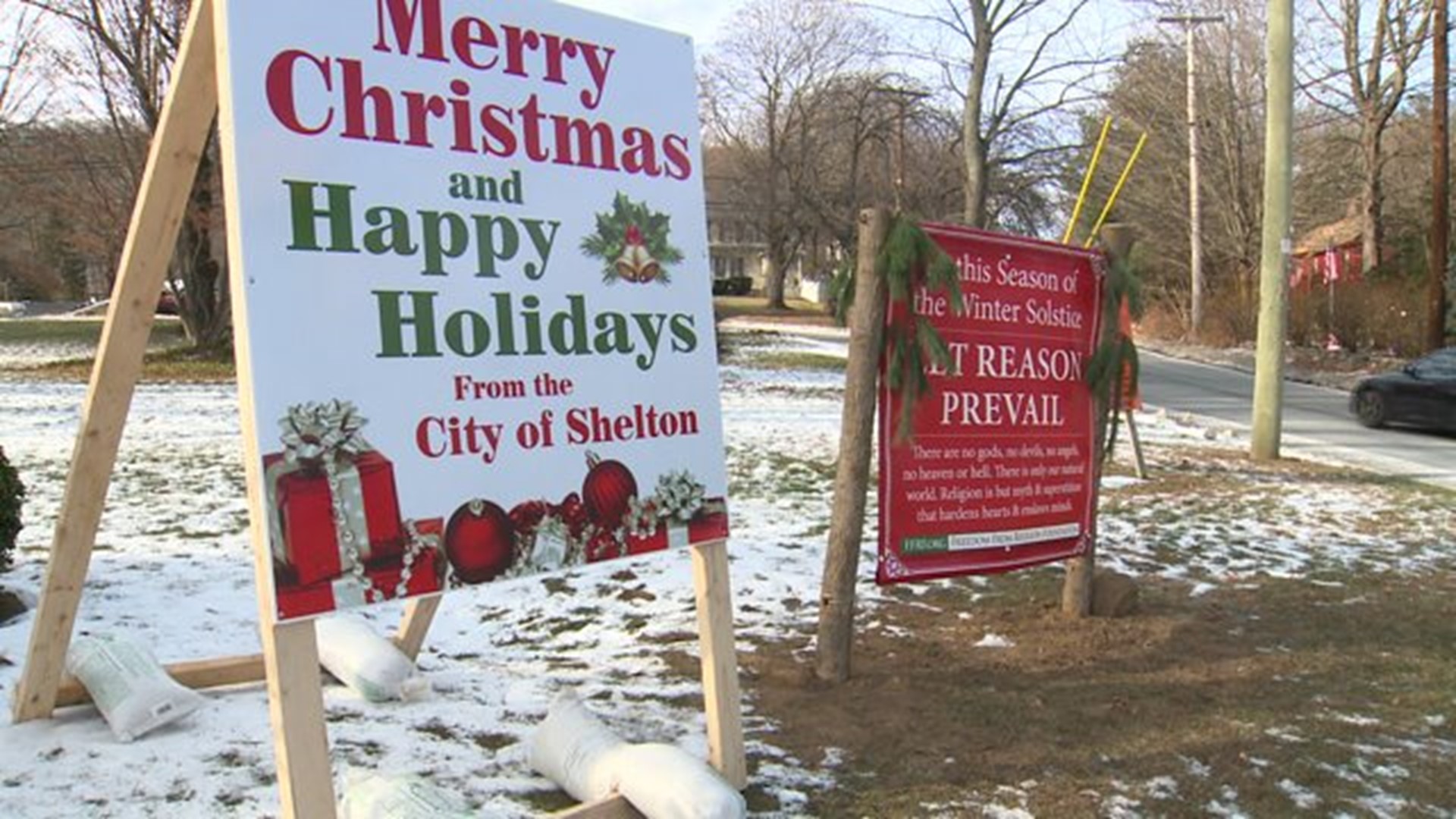 SHELTON -- A placard posted on the Huntington Green in Shelton last week has become quite the conversation piece as the holidays approach.

After being denied an opportunity to post signage in another Shelton park last Christmas, Jerry Bloom, a longtime city resident, sued the city, saying his First Amendment rights were being violated. The sides settled out of court.

This year, he got city approval to erect the sign.

Residents FOX 61 spoke with had different points of view on the message.

"I don't like when other people push their views on you," said Tyler Barrett, of Trumbull. "I think you should be able to, if religion is what you like to do, choose that. But, it's just a piece of paper at the end of the day."

"Well, I think it should be ripped down," countered Jerry Mariano, of Shelton.

Bloom says it's OK with him that people are upset.

"I'm not a politically correct guy," he said.

Shelton Mayor Mark Lauretti, who is in his 13th term, says he doesn't find anything overly egregious about Bloom's message. However, the mayor did post his own sign reading "Merry Christmas and Happy Holidays from the City of Shelton" right next to Bloom's.

"Well, I would think that the majority of the people in this community are highly supportive of one sign," said a smirking Lauretti.

Lauretti added, "People should just take a deep breath and deal with it."

Bloom says he actually grew up Catholic and was an altar boy. But he said he became agnostic while visiting a concentration camp in Germany while serving in the Army in Germany. While there, he paused and asked how any God could let something like the Holocaust happen.