BRIDGEPORT — As activists gathered to commemorate the two-year anniversary of the death of 15-year-old Jayson Negron, who was shot and killed by Bridgepor... 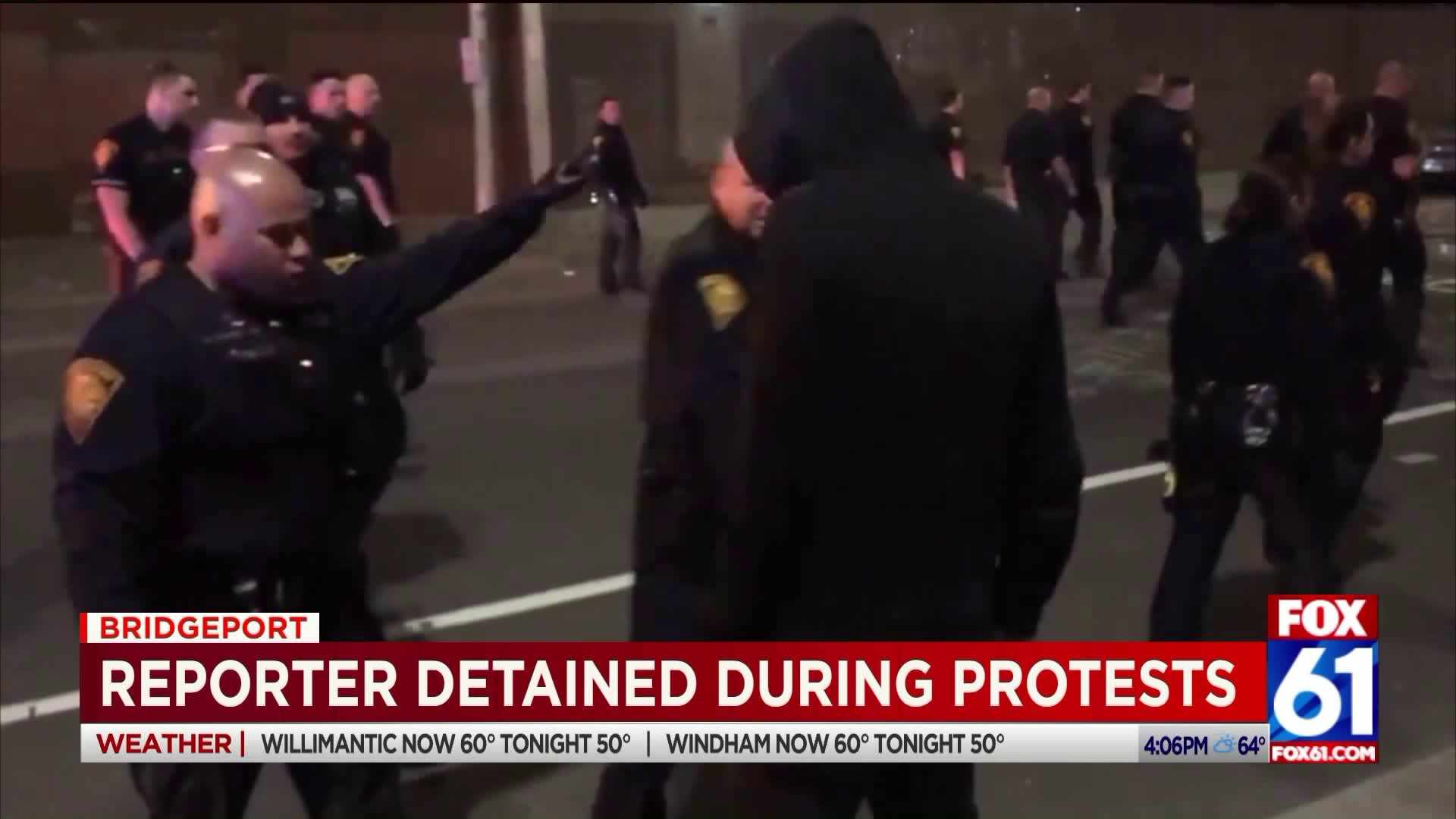 BRIDGEPORT -- As activists gathered to commemorate the two-year anniversary of the death of 15-year-old Jayson Negron, who was shot and killed by Bridgeport police officer James Boulay, Connecticut Post reporter Tara O'Neill observed from the sidewalk.

“They had started a prayer circle in the street, they were all holding hands, singing, talking about Jayson," said O'Neill, who has been covering the story for the last two years. "And then the police officers came out from where they were and lined up across the two lanes of travel."

"It was very military-like," she added.

Earlier in the night, police had closed down the road.

As police officers stood in a line, the prayer circle turned hostile.

“You shot a 15-year-old!" shouted Kerry Ellington, a prominent activist. "How proud are you?! A 15-year-old. Unarmed!”

“From the area where the protesters were standing, something glass had been thrown toward the police," said O'Neill.

"Off the street!" officers began shouting and walking toward the group of protesters.

As any good reporter would, O'Neill started recording the chaos on her cell phone until, suddenly, she couldn't.

“An officer starts walking toward me and -- he didn’t give me the opportunity, didn’t say we need you to leave the area -- he just grabbed my hand, put it behind my back and cuffed me," said O'Neil. “They sat me down on the sidewalk and told me not to move.”

In video captured on her cell phone as the officer handcuffed her, O'Neill could be heard insisting, "I'm on a public sidewalk! I'm the press!"

An officer could be heard responding, "okay."

O'Neill was taken to the back of a police cruiser. Using the Siri function on her phone, she called her editors to explain her situation. She was taken to booking as her editors made calls to city officials.

After being detained for 30 minutes, she was released without any charges. Officers told her she was "un-arrested."

“It’s alarming to be a member of the press, doing your job, and get arrested for not doing anything wrong," said O'Neill.

The Connecticut Chapter of the Society of Professional Journalists responded in a statement:

“The fact that Bridgeport police found it appropriate to arrest a reporter is disturbing. Tara O’Neill was reporting on Thursday’s protest to write a news story. She was not a participant, and identified herself as a reporter when an officer handcuffed her. The fact that someone can be arrested in Bridgeport for the lawful exercise of a First Amendment right is chilling.”

"I understand [the arresting officer] was just doing his job," O'Neill said. "But, obviously, it's a jarring experience."

Police arrested and charged 11 other people. FOX61 reached out to all activists arrested but none have responded to numerous requests for comment.

Early Friday morning, Bridgeport Police Chief AJ Perez said he did not want anyone to be arrested but "public safety is paramount." Perez did not respond to numerous requests for an on-camera interview.