EAST LYME — The Connecticut Department of Health has announced their first death from EEE in the state since 2013. “Awful — I can’t even... 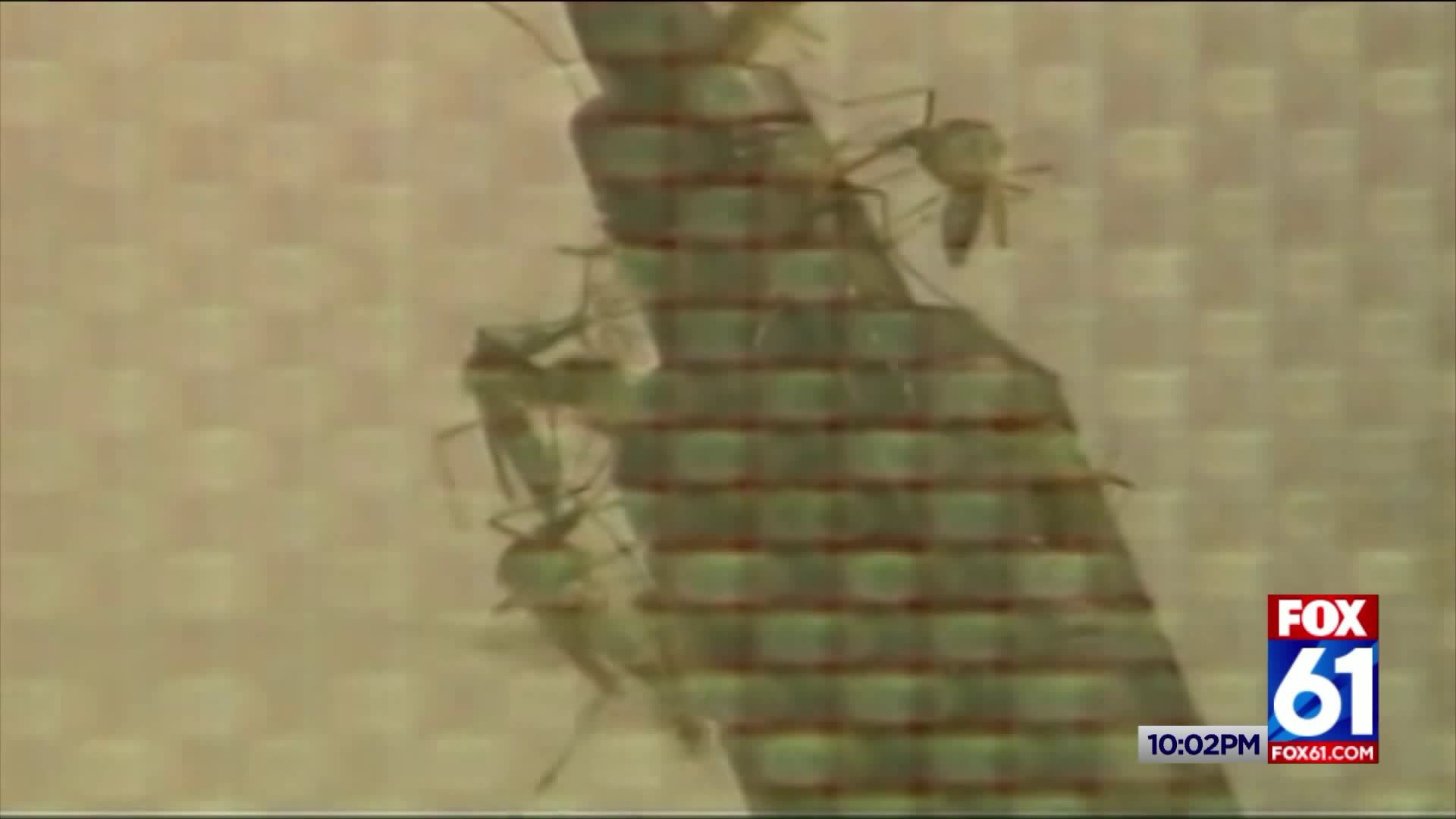 EAST LYME -- The Connecticut Department of Health has announced their first death from EEE in the state since 2013.

"Awful -- I can't even imagine what their families are going through," said Nancy Meinke. "It's just a horrible thing."

That person was from East Lyme. They contracted the virus in August.

DPH also revealed a second person just over the town line in Old Lyme has tested positive for EEE. That person remains hospitalized.

"The fact that someone right in this town has got it -- that's a big concern," said resident Joan Meek.

Meek has been aware of the concerns surrounding mosquito-borne viruses for years and feels it's best to always be prepared.

"It's just one of those things that you care about," continued Meek. "It's like anything else."

Meinke and her friends are prepared to fend off mosquitoes on an evening boat ride to see the swallows.

"We probably have some DEET on board," said Meinke. "That's the kind of spray you want to repel mosquitoes."

DPH continues to tell area residents to protect themselves and their children by avoiding activities between dusk and dawn when mosquitoes are most active.

"It's all outside with a lot of kids there; it's a beautiful spot," said Mark Hightower. "We have one of the greatest beaches in the world but it's an excellent idea to call it off."

Earlier this week, there were 21 confirmed cases of EEE nationwide. That number has since increased, with the total up significantly from the yearly average of seven.

One-third of people who contract the illness die from EEE-related complications. So far this season there have been two fatalities in Massachusetts and one in Rhode Island.

DPH has announced the first human case of West Nile in Connecticut this season in Danbury.

The warnings and restrictions will remain in place until the first hard frost of the season.