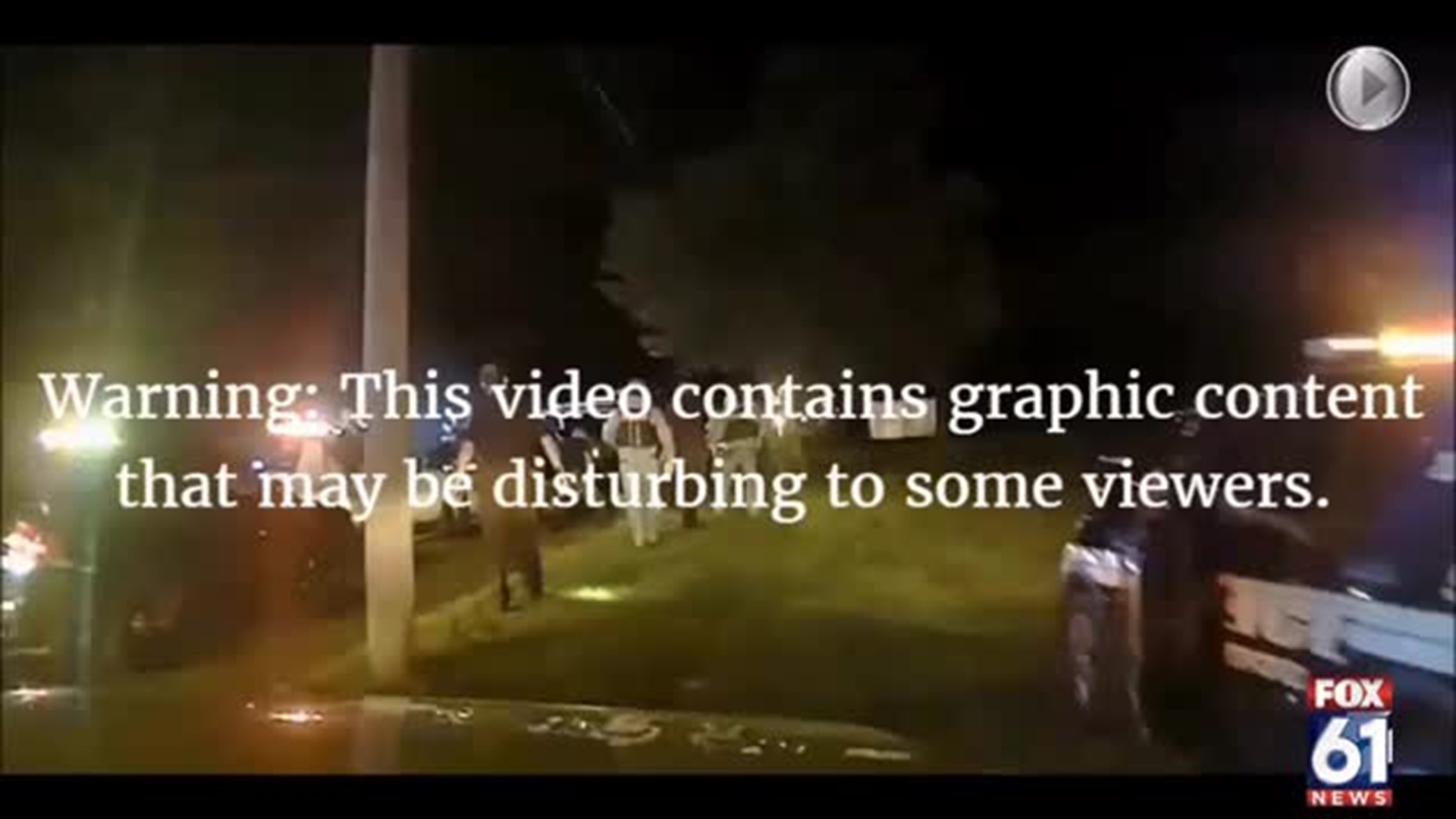 HARTFORD -- Retired Hartford Police Sgt. Sean Spell was arraigned Wednesday morning in Hartford Superior Court on charges of assault and breach of peace. His arrest stems from an accusation of excessive force after dash cam video allegedly showed Spell kicking a suspect in the back of the head during an incident on June 4.

According to a police report, both the driver, Ricardo Perez, and the passenger, Emilio Diaz, violently resisted arrest.

Dash cam video from a West Hartford police car shows Sgt. Spell kick Diaz in the back of his head roughly three minutes after his arrest. Diaz was handcuffed and kneeling on the ground at the time.

Sgt. Spell claimed Diaz was recklessly spitting blood at officers, and said he struck him as a way to stop him because he did not have any latex gloves. He said Diaz had the affect of "an absolute zombie," and believed he was high on PCP. Urine tests from Diaz revealed the presence of cocaine, opiates, PCP and cannabinoid.

The report states that 34 Hartford Police officers were approached for interviews during the course of the excessive force investigation, but only 15 agreed to speak.

Written reports from two out of the three officers in Sgt. Spell's immediate vicinity during the incident made no mention of his use of force.

Sgt. Spell retired from the Hartford Police Department in August. He was arrested on December 8. He is due back in court on January 18.