Reward being offered for illegal animal trapping in Branford

BRANFORD —  The Connecticut Wildlife Rehabilitation Association is offering a $1,000 reward for information leading to the arrest and conviction of whoeve... 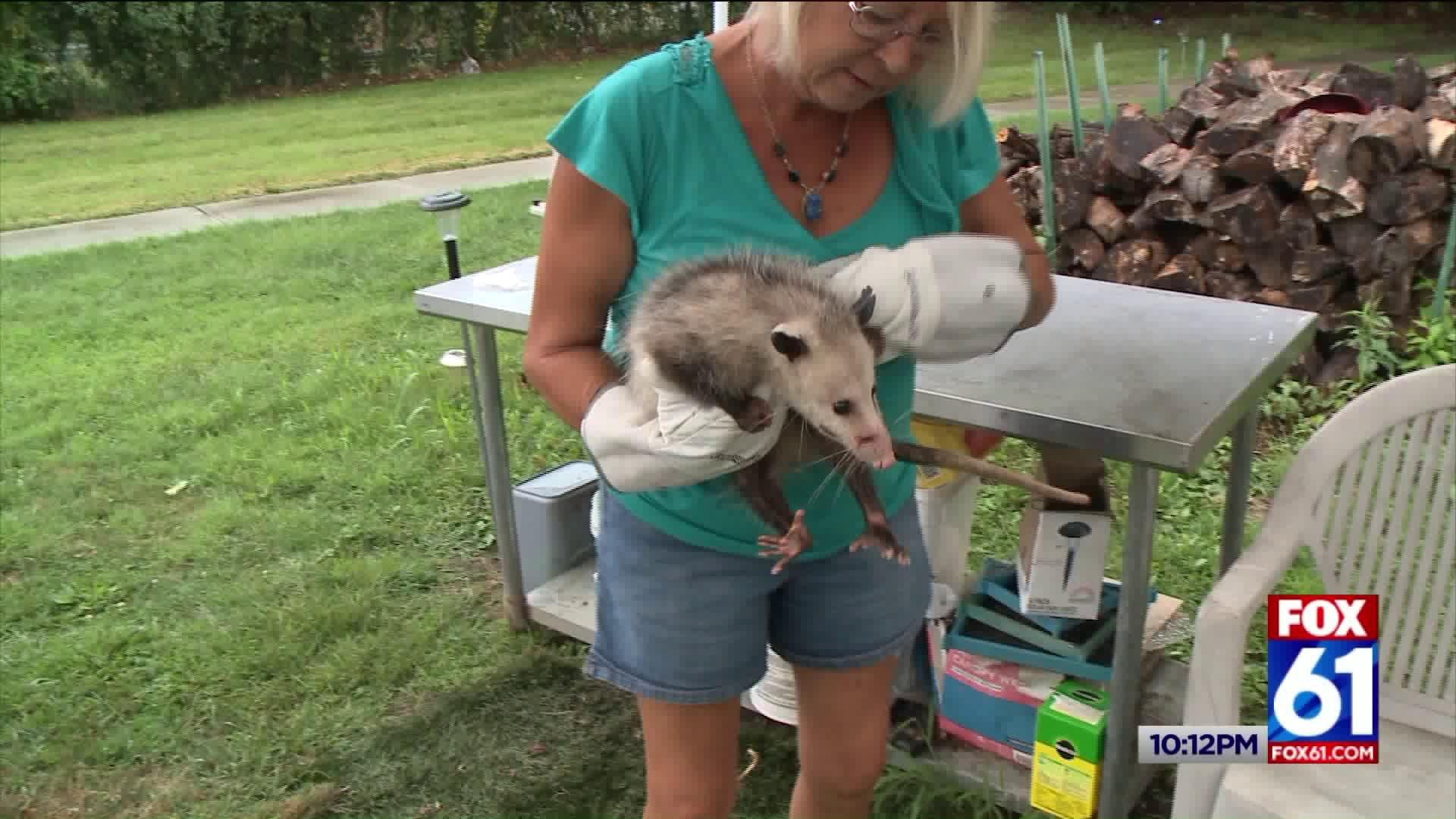 BRANFORD --  The Connecticut Wildlife Rehabilitation Association is offering a $1,000 reward for information leading to the arrest and conviction of whoever illegally set leg-hold traps to capture wildlife.

Robitaille’s husband was walking the dogs in the backyard of their suburban home in Branford when he came across a possum trapped in a leg-hold. Robitaille and her husband called Branford Police who helped release the possum and get her help.

"It could be a dog or a child or a possum. It doesn’t really matter," said Robitaille. "It was inhumane what happened to it."

The small metal trap called a leg-hold has been used for over 200 years as a way of trapping animals. Laura Simon, President of the Connecticut Wildlife Rehabilitation Association, calls the traps "archaic".

"They are horrific and cruel," said Wildlife Rehabilitator Eunice Demond. "There’s no getting out of them."

Nearly every animal the CWRA has come across trapped in a leg-hold has died from its injuries. The possum, they named Chia, suffered a broken jaw and toe. She is currently rehabilitating.

Leg-holds have been banned in close to 100 countries. They have also been banned in eight US states including nearby states Massachusetts, New Jersey, and Rhode Island. Simon says many times the traps are used to capture nuisance animals but there are more humane ways about dealing with such problems.

"Don’t trap. We will help you solve the root cause," said Simon.

The CWRA hopes Connecticut will be the next state to join in banning leg-holds.

DEEP and the CWRA website have helpful information to safely rid unwanted animals from your property.

You can also learn more about the wildlife rehabilitators like the one taking care of Chia here.