BLOOMFIELD — Saba Live Poultry has reopened two weeks after an incident where employees tracked down and killed a runaway cow. After ordering the shop clo... 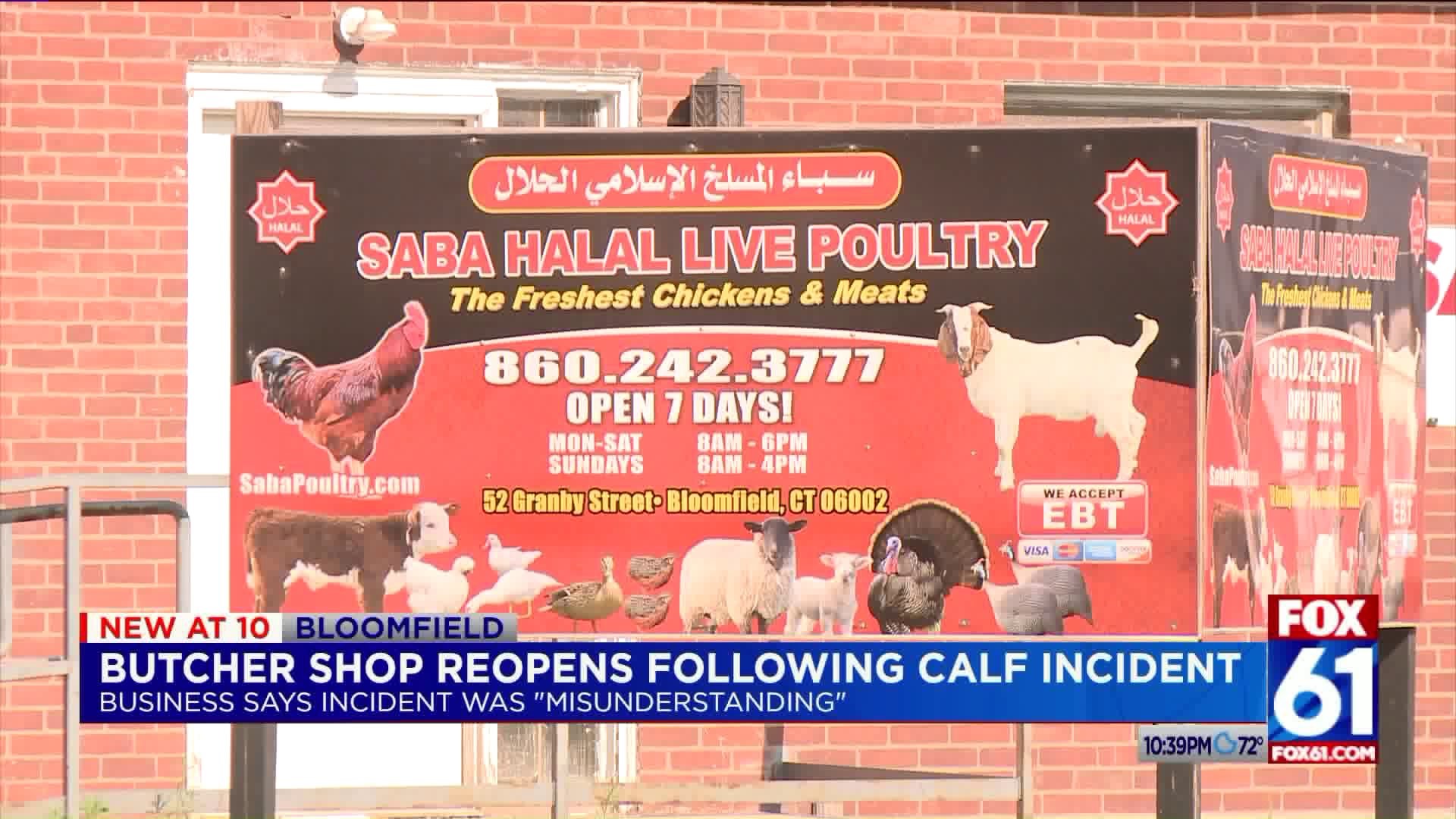 BLOOMFIELD -- Saba Live Poultry has reopened two weeks after an incident where employees tracked down and killed a runaway cow.

After ordering the shop closed on July 18, the Department of Agriculture has allowed the butcher shop to resume business, but with a number of stipulations.

There are lots of specific issues at the facility, which Saba must now correct, according to the department's consent order.

The incident occurred on July 13 in the Home Depot parking lot on Granby Street.

According to police on scene, one man tried to shoot a bow and arrow at the cow but missed.

“Three of the employees grabbed onto the cow and while I believed they were going to restrain it with a rope or another tethering device one employee, pulled out a knife and proceeded to cut the cows throat,” Bloomfield Officer Brendan Danaher said.

The slaughter played out in front of shocked onlookers including a male teenager who was quoted by Danaher as saying “I can’t believe I just saw that.”

Police body cam footage captured the moments after the incident played out. Oficer Danaher can issued a ticket to a Saba Live Poultry employee on scene.