BRIDGEPORT — A trial date has been set in a lawsuit filed against the manufacturer of the guns used in the Sandy Hook tragedy. Lawyers for Freedom Group, ... 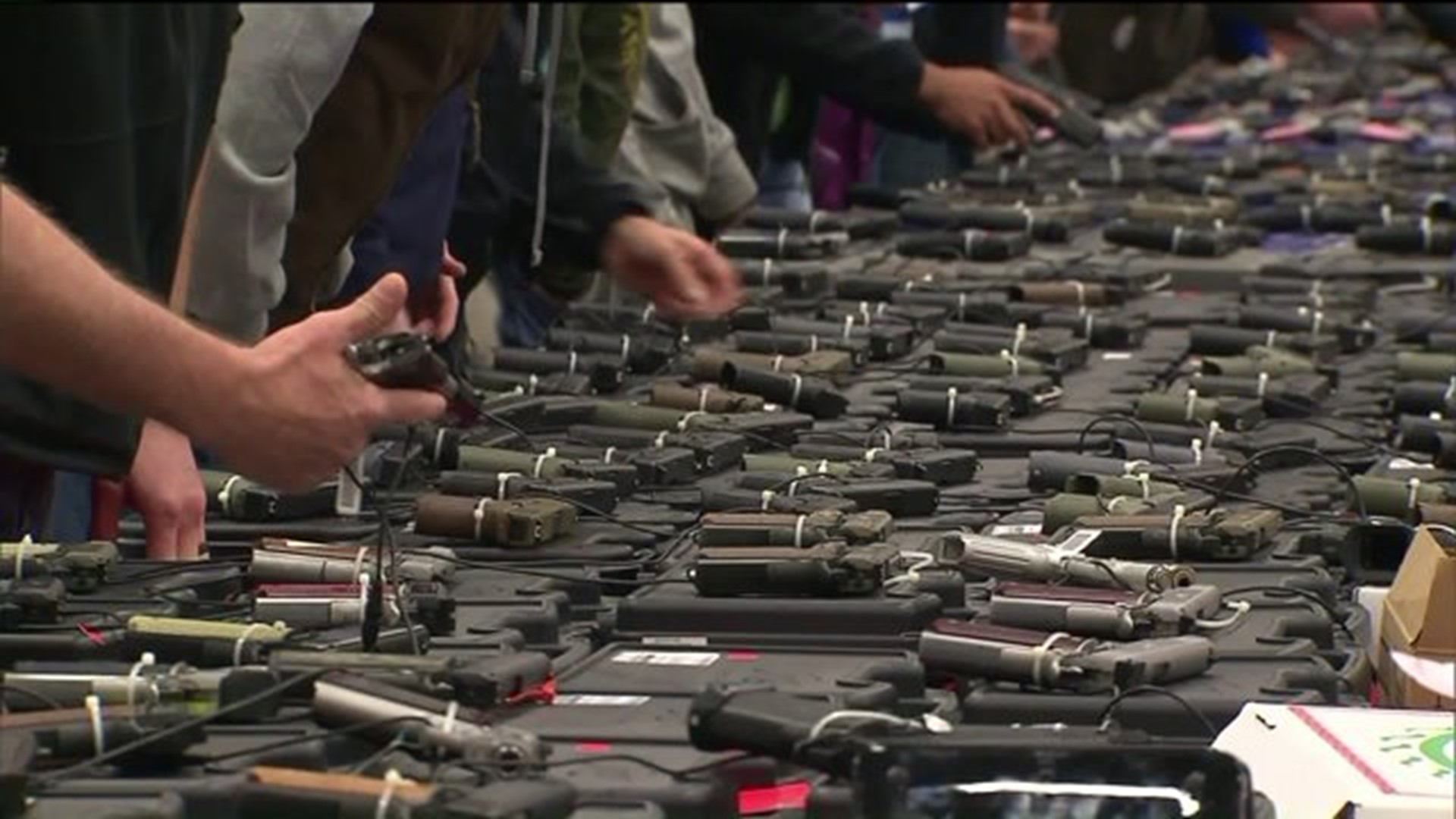 BRIDGEPORT -- A trial date has been set in a lawsuit filed against the manufacturer of the guns used in the Sandy Hook tragedy.

Lawyers for Freedom Group, the parent company of  Bushmaster Firearms and creator of the AR-15 that Adam Lanza used to kill 20 children and six educators appeared in court opposite the families of those killed for a status hearing, and a lot of progress was made.

A  Superior Court judge ruled last week that a lawsuit can move forward against the maker of a rifle used in the December 2012 Sandy Hook tragedy, and on Tuesday the two sides agreed to a trial date of April 3, 2018. The suit names Bushmaster and its parent company, as well as Remington Arms Co., Camfour Inc., and Riverview Gun Sales, the now defunct gun shop in East Windsor that sold one of the rifles used to Nancy Lanza.

"We are obviously very happy with the judge's decision and basically this is just one more step in a long march to what we hope to be a preventative measure to preventing another Sandy Hook type of incident to happen," said Bill Sherlach, whose wife, Mary Sherlach, was a school psychologist at Sandy Hook and was one of the victims killed in the December 14, 2012 attack.

Judge Barbara Bellis ruled Thursday that a federal law protecting gun-makers from lawsuits does not prevent lawyers for 10 of the families of Sandy Hook victims from arguing that the AR-15 semi-automatic rifle is a military weapon and should not have been sold to civilians.

Attorneys for the families was expected to push for discovery while Bushmaster, and they were successful; the judge ruled that discovery will begin immediately, meaning the families' lawyers will have access to depose the executives of the gun companies. The companies will also have to share internal documents about how they market products.

The manufacturer of the rifle used in the tragedy was expected to file a motion to strike, but the judge stuck with her decision to allow the lawsuit to move forward. All along, Freedom Group has argued that it is protected by a 2005 federal law that shields gun manufacturers from most lawsuits over criminal use of their products. However, lawyers for the plaintiffs say there is an exception to the federal law that allows litigation against companies that know, or show know, that its weapons are likely to be used in a way that risks injury to others.

"In the very first few days after the tragedy that took the life of our little Daniel (Barden), my wife was looking online and saw these advertisements like, 'get your man card' and 'the closest thing you can get without enlisting,'" said Mark Barden, whose son was killed in the tragedy.

The lawsuit appears to be the first of its kind to claim the exception against a gun manufacturer.

State Police say 20-year-old Adam Lanza, killed his victims using a model of the AR-15. According to police, his mother Nancy, who was also killed by Adam, legally bought the rifle.