AVON — At the Talcott Mountain Science Academy, a group of students meet once a week to take some unbelievable photos of the universe around us. Looking u... 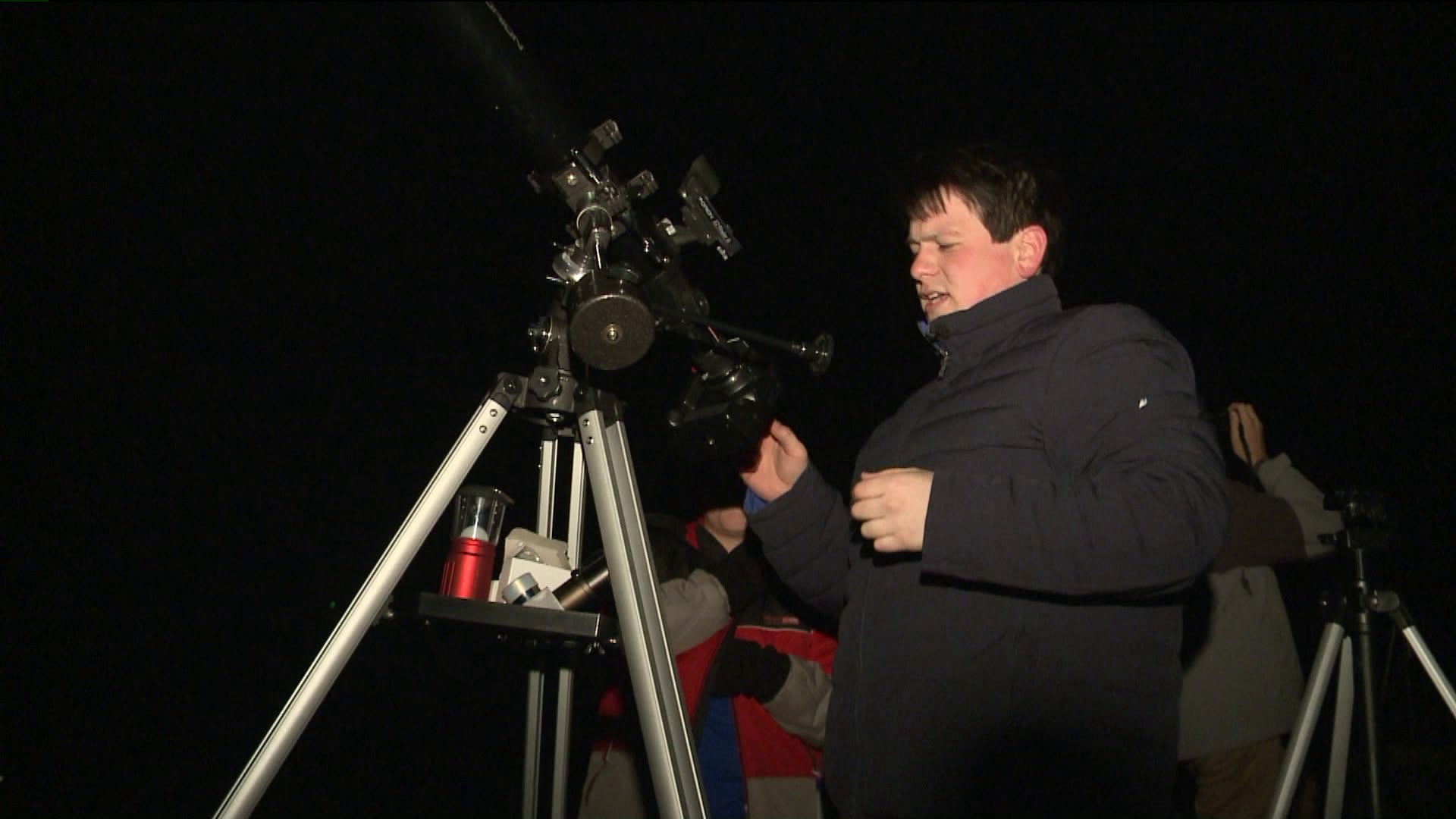 AVON -- At the Talcott Mountain Science Academy, a group of students meet once a week to take some unbelievable photos of the universe around us. Looking up at the stars is something many of us don’t do much anymore, but this astrophotography club may serve as a reminder to how awesome the night sky is.

All you need is a camera and some science! Well, a big telescope helps too…

John Carlos Coloma is a Spanish teacher by day, but once the sun sets he runs the astrophotography club at Talcott Mountain, which consists of a small group of students that really love having their eyes to the sky.

“The goal is to get them (the students), excited about space because they are the generation that’s going to Mars.” Mr. Coloma stated.

Here’s how it works: each week, they first figure out what particular object in the sky they want to look at, and they then march up to the ridge… a spot roughly 900 feet in elevation that’s just far away enough from city lights. Once they’re all set up, they point the telescopes in the direction of whatever they’re looking for. During the “Supermoon” a couple weeks ago they snapped some great shots. Julian cage, an 8th grader at Talcott Mountain, said the moon is his specialty.

Julian Cage, an 8th grader in the club, says, “I have taken a few photos with my dad’s camera, and a couple with my phone actually that turned out really well”

Once they get a bunch of shots, they’ll use a program called Deep Sky Stacker to really bring out the best in the photograph.

7th grader Anishka Perera says using Deep Sky Stacker isn’t all that complicated. “Basically we kinda export it and there you go.”

Some of their photos are amazing. They’ve gotten shots of faraway galaxies, planets like Saturn, and much closer objects like the moon. By taking all these photos, the students haven’t just learned about photography, but a lot about space in general.

“To me it’s been a hobby and I guess I want it to stay like a hobby because I don’t want it to take over my life, but it’s still really fun and I guess I can put it on my high school recommendation like check off that box and say ‘did astrophotography.’”