NEW HAVEN — “SlutWalks” are sweeping the nation, picking up supporters at many colleges, including Southern Connecticut State University. Stud... 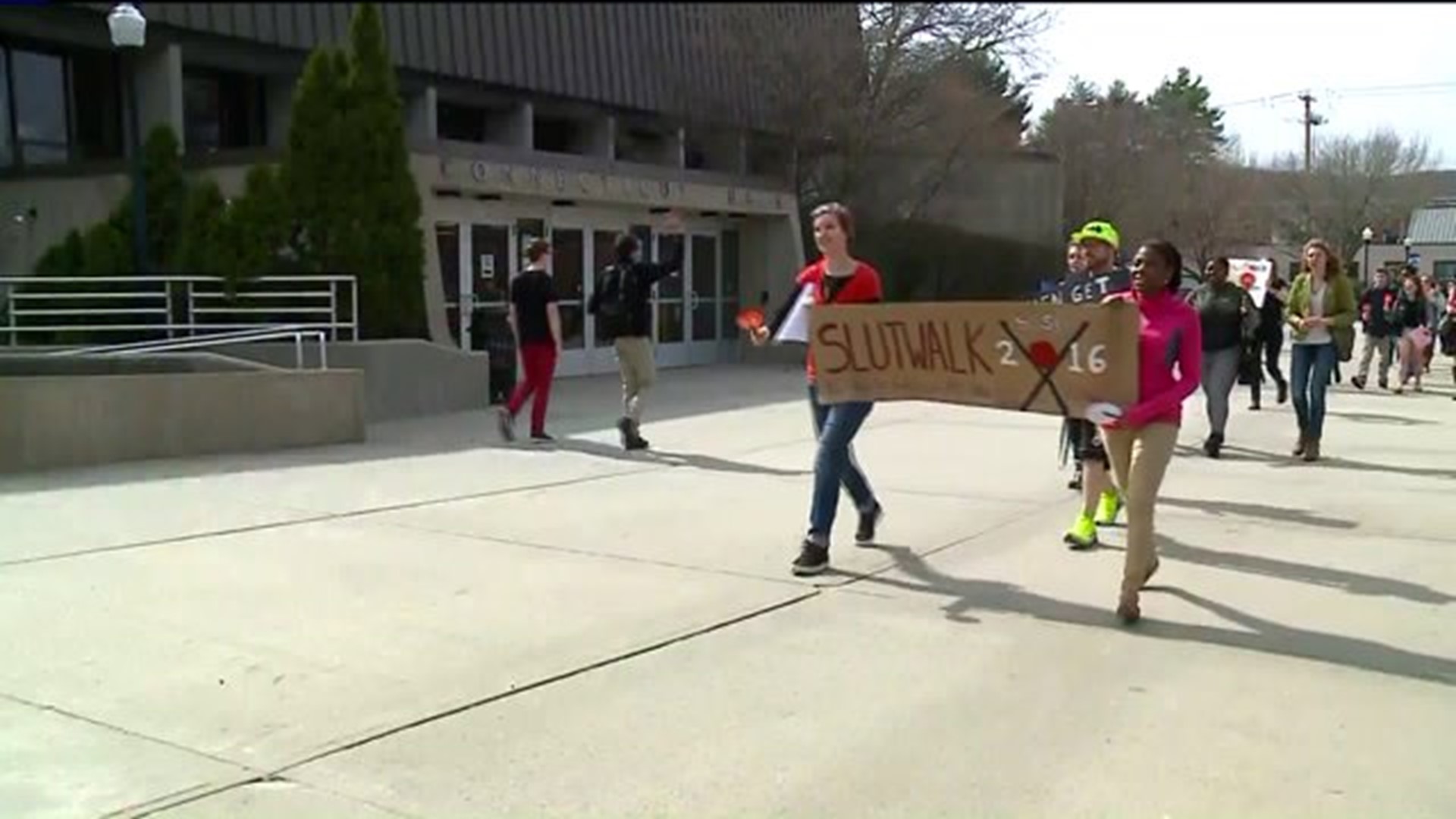 NEW HAVEN -- "SlutWalks" are sweeping the nation, picking up supporters at many colleges, including Southern Connecticut State University.

Students at SCSU are joining the international movement, which is taking steps to end to rape culture.

The “SlutWalk” is part of an effort to educate people about victim-blaming in cases of sexual assault, harassment and verbal abuse.

Students joined in on the first SCSU SlutWalk Thursday, a one-mile walk around campus in with the goal to grab attention.

Lead coordinator of the SCSU SlutWalk, Christina Faucet, is hoping this event was successful in beginning to change the mindset of many people today.

“Society has made it acceptable for people to judge other people on what they may wear and think that because they may wear provocative clothing that they're asking to be raped or their asking to be abused and it's not,” Fawcett said.

The goal of the SlutWalk is to shed light on a societal tendency to blame victims appearance for abuse, which can make it hard for others to come forward.

“Why is this important to me? Because we need to educate the community on victim blaming and slut shaming,” she said.

The event was sponsored by by Southern’s Women’s Studies program and the Violence Prevention, Victim Advocacy and Support Center, and began with a diverse panel of speakers, including a victim of domestic violence.

According to organizers, the SlutWalk started in Toronto in 2011 after a police officer told York University students that woman could avoid being victims of sexual violence if they did not dress like “sluts.”