Seal rescued in Bermuda taken to Mystic Aquarium for rehab

MYSTIC — A seal named Lou-Seal that was rescued in Bermuda last month was taken to Mystic Friday for more treatment and eventual release. The gray seal wa... 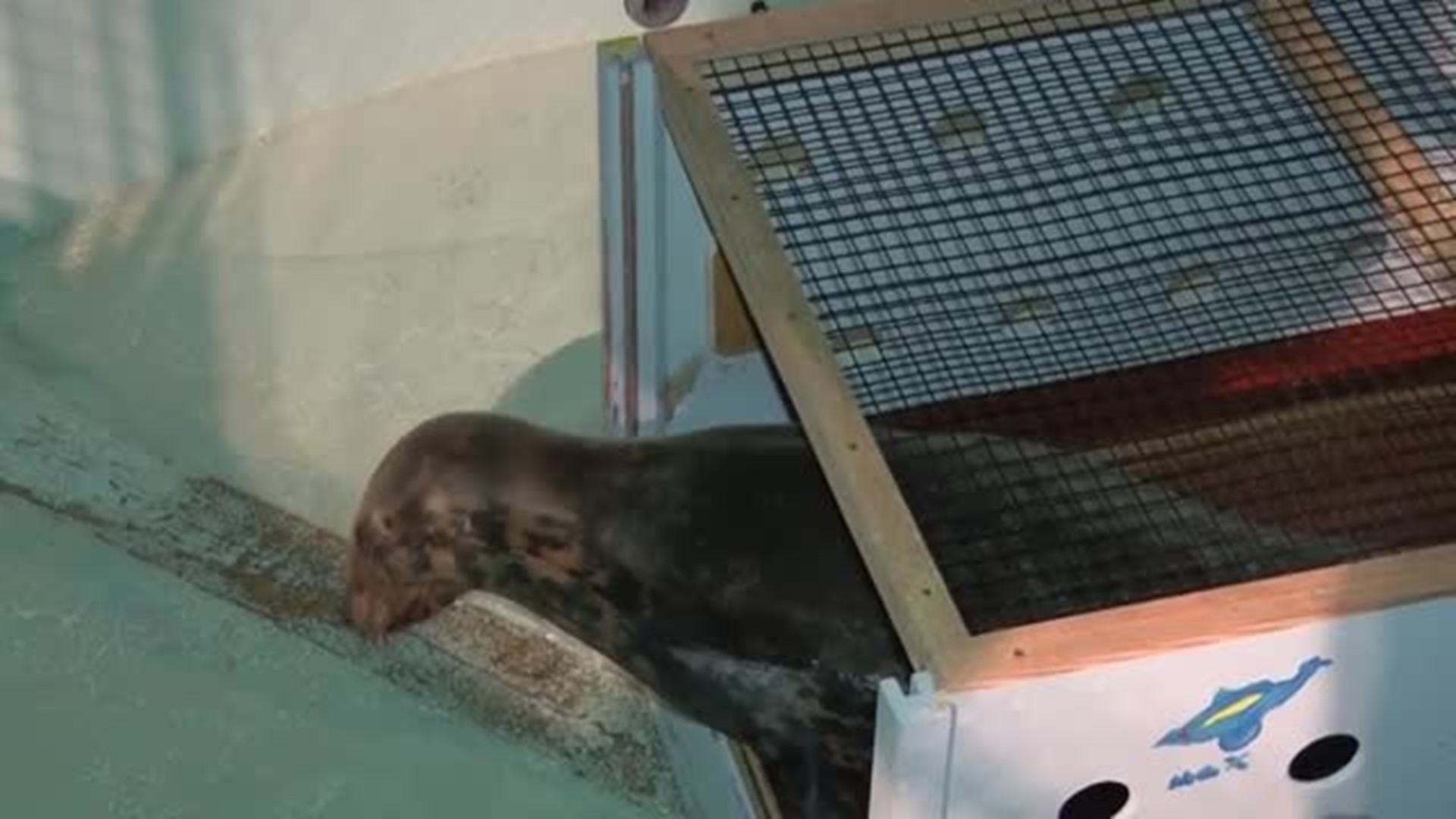 MYSTIC -- A seal named Lou-Seal that was rescued in Bermuda last month was taken to Mystic Friday for more treatment and eventual release.

The gray seal was rescued in Bermuda on March 19.  After receiving care from the veterinary team and staff at the Bermuda Aquarium, Museum and Zoo, the female gray seal arrived in Connecticut via chartered flight for continued rehabilitation at Mystic Aquarium’s Animal Rescue Clinic, with the goal of releasing the animal in the colder waters of the northern Atlantic Ocean.

“We appreciate Mystic Aquarium’s willingness to assist BAMZ with the rehabilitation of this out-of-habitat seal," said Ainsley Smith, the stranding coordinator for NOAA Fisheries Greater Atlantic Region. "This is another great example of multiple organizations working together in the animal’s best interest.”

A press release from Mystic noted, "Seals are generally not found in Bermuda waters due to the island’s isolation in the Atlantic Ocean, the warm water temperatures and lack of soft-boned fish stock."

“We have many years of experience caring for gray seals in our Animal Rescue Program, so we are very familiar with the species; however, this will be the first time that we provide care to an adult gray seal in the clinic,” said Mystic Aquarium’s Animal Rescue Program Manager, Janelle Schuh. “Our team of veterinarians and dedicated clinic staff and volunteers will put this expertise to work to continue the great care she received in Bermuda to ensure that her long-journey culminates with her return to the ocean.”

The seal was rescued off of a rocky shoreline near Tobacco Bay, St. George’s, Bermuda by BAMZ on March 19. It is believed to be the first case of gray seal in Bermuda. Upon admittance, the seal was found by veterinarians to be emaciated with multiple small wounds, nasal discharge and dehydration.