WASHINGTON, D.C. – John Stewart has received support across the country after calling out Congress on Tuesday for failing to ensure that The 9/11 Victims&... 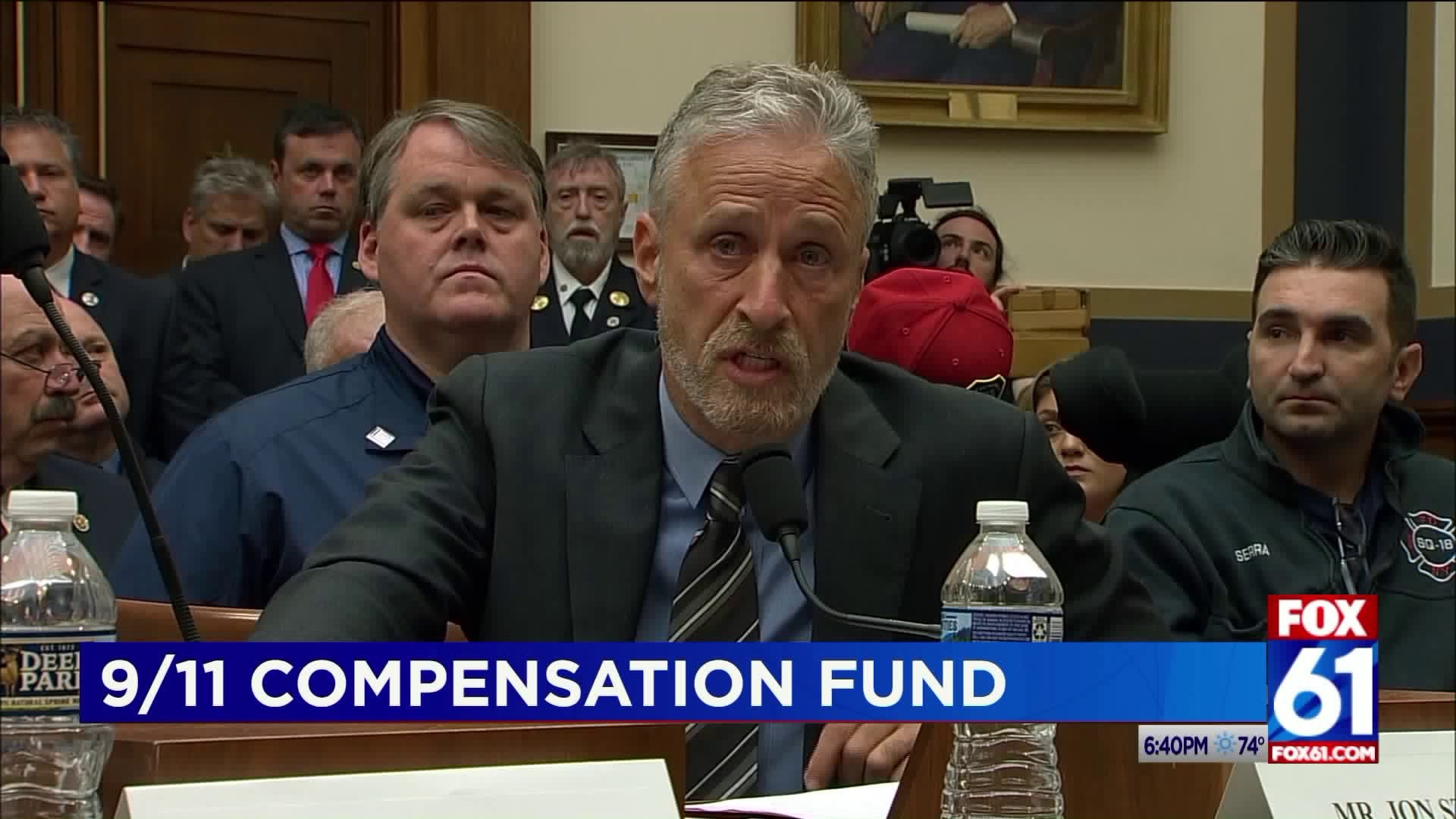 WASHINGTON, D.C. - John Stewart has received support across the country after calling out Congress on Tuesday for failing to ensure that The 9/11 Victims' Compensation Fund won't run out of money.

He went as far as to call some lawmakers actions, or lack of, disrespectful.

"Sick and dying they brought themselves down here to speak … to no one. Shameful," said comedian and 9/11 victims advocate Jon Stewart.

Stewart slammed the lawmakers for not showing up to a hearing on a bill that would ensure that the 9/11 victims compensation fund can pay benefits for the next 70 years.

"Behind me a filled room of 9/11 first responders and in front of me, a nearly empty congress. It's an embarrassment to the country and it is a stain on this institution. You should be ashamed of yourselves for those that aren't here," said Stewart.

Those comments gained him the support of lawmakers including U.S. Senator Richard Blumenthal who tweeted “Congress deserves Jon Stewart’s powerful tongue-lashing for abandoning the 9/11 heroes who answered the call. Congress can redeem itself only by fully & permanently supporting the Victims Compensation Fund. These brave first responders, many from CT, deserve & need justice NOW.”

There are 161 9/11 victims who were killed in the terrorist attack with ties to Connecticut. Four of those victims were firefighters from Manchester. A memorial now stands in Manchester in their honor.

Of those who survived, thousands of them are now dealing with health problems believed to be caused by the attacks on September, 11th.

Representative Jim Himes wants to ensure that the treatment they need is covered. He tweeted “Nearly 11,000 9/11 first responders and survivors have been diagnosed with cancer to date. That number will go up. There is no excuse. We must permanently authorize the 9/11 Victim Compensation Fund Act. How is this still a question in 2019?”

As for the bill, it moves to the house of representatives next where it is expected to pass.