WINDSOR — It’s been one week since a potentially hazardous firefighting foam spilled into the Farmington River, since then residents have been urged to us... 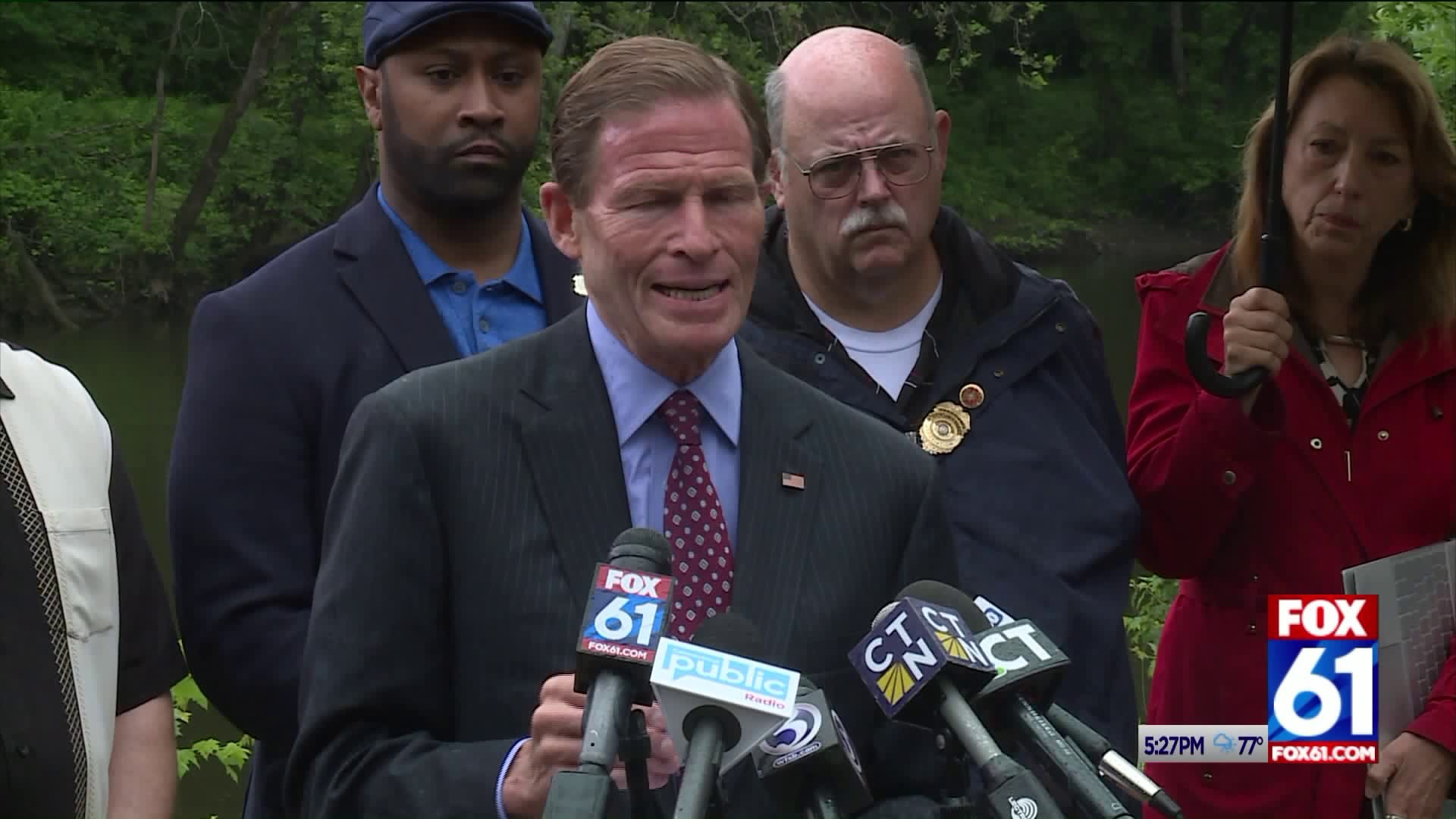 WINDSOR -- It’s been one week since a potentially hazardous firefighting foam spilled into the Farmington River, since then residents have been urged to use caution and not eat any fish caught in the river.

It happened at a private airport hanger near Bradley International airport.  Now Senator Richard Blumenthal is calling on the FAA to ban the firefighting foam with PFAS in it.

PFAS is referred to as a “forever chemical” because it does not break down.

“Pfas Substances are known to be hazardous to people’s health and that’s why the federal government has a role to play and in fact is has a responsibility to provide cleanup money and accountability to communities like this one and states like Connecticut," said Sen. Richard Blumenthal.

This is not the first time lawmakers have tried to ban this firefighting foam, at least on the local level here in Connecticut.

“We in Connecticut tried to get a bill banning it through this year, we did not get the bill out of committee so it didn’t go anywhere,” said Roger Nelson of the Bloomfield Fire Department.

No word on exactly how much this cleanup will cost because they are still trying to figure out just how much actually spilled into the river.