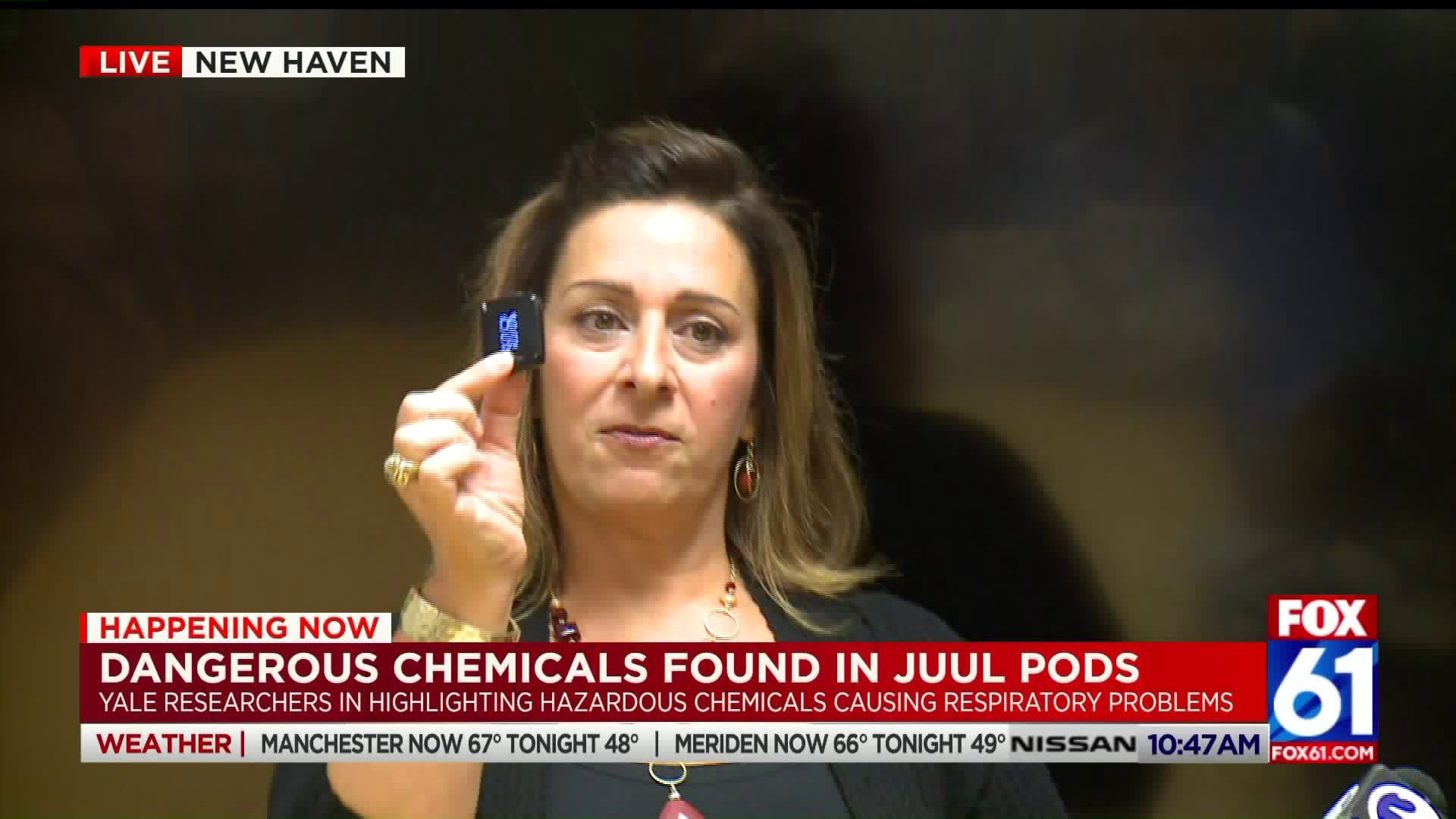 NEW HAVEN -- Sen. Richard Blumenthal joined Yale researchers in highlighting hazardous chemicals in vaping products that are believed to be causing respiratory problems across the country.

Blumenthal attended a press conference with researchers at the Yale School of Medicine Monday morning.  Blumenthal reiterated his demand for a ban on all flavored e-cigarettes.

Officials highlighted  the dangerous chemicals found in Juul pods that can cause respiratory problems. Researchers used a custom-built “vaping machine” to analyze the chemical makeup of various flavors of the Juul refill cartridges.

Across the nation numerous adolescents and adults have been hospitalized after using vaping products, including at least 11 suspected cases in Connecticut. According to the FDA there are now 3.7 million youth users of e-cigarettes, a number that continues to rise exponentially. From 2017 to 2018, the rate of e-cigarette use amongst high school and middle school students rose 78 percent.

Blumenthal introduced the bicameral Preventing Opportunities for Teen E-Cigarette and Tobacco Addiction (PROTECT) Act to invest $500 million dollars over five years to address these alarming trends, and also consistently called on the FDA to ban all flavored products, and regulate and review all e-cigarette products.