HARTFORD —  Senator Lieberman said he’s in a good place these days. FOX61’s Jenn Bernstein was able to catch up with him while he was in Washington, D.C. ... 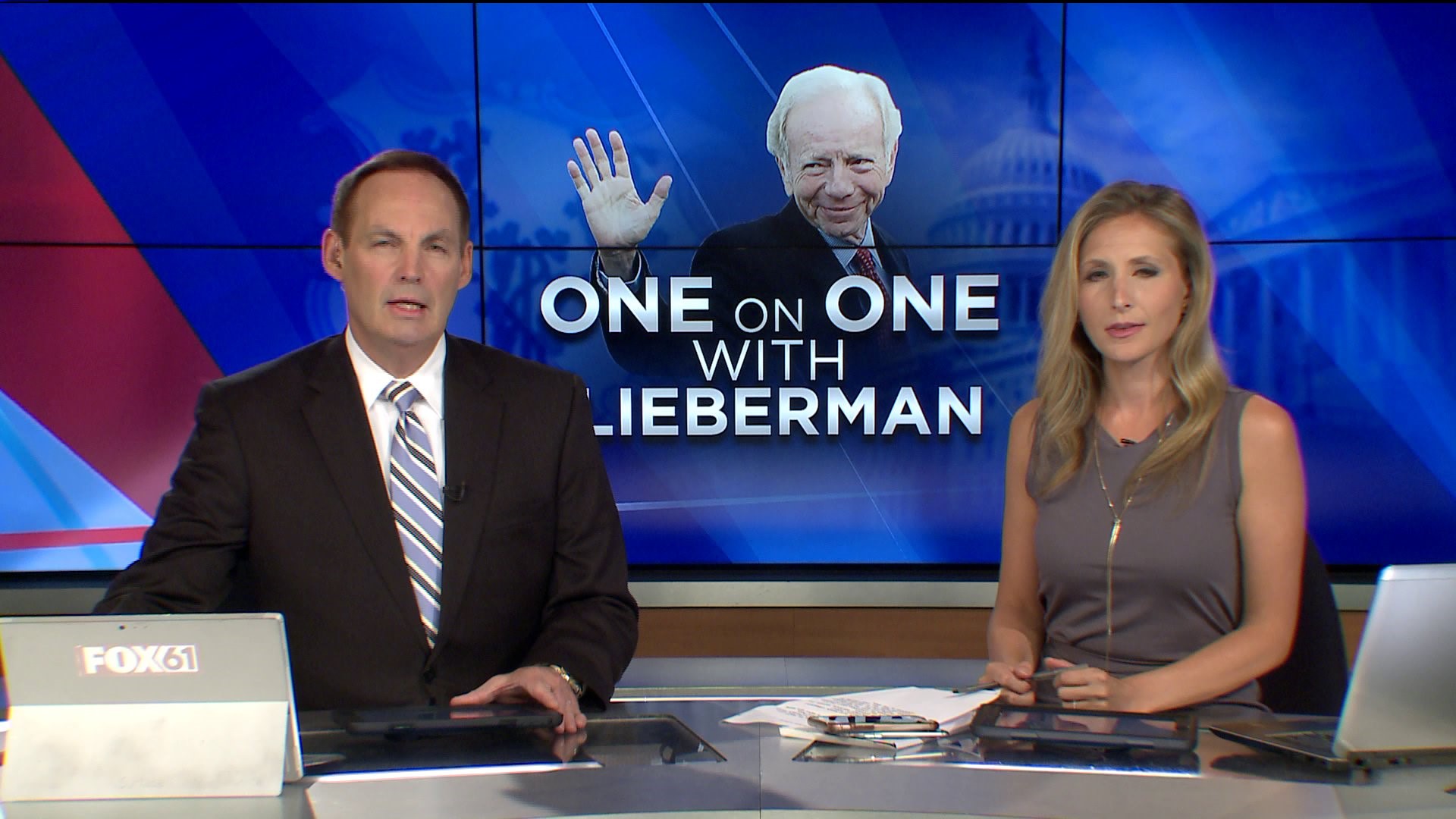 FOX61’s Jenn Bernstein was able to catch up with him while he was in Washington, D.C.

"This is a good chapter of my life. I'm spending more time with my wife, children, grandchildren,” said Former Senator Joe Lieberman. "We've been blessed with 11 grandchildren."

More than a year after his name was floated around as a potential pick for FBI Director, Senator Lieberman reflects on his decision to remove his name from the list of candidates.

“When the offer came, I was surprised by it, I was challenged by it, probably in the end, out of a sense of responsibility I would have done it,” said Lieberman, “but It would not have been my first choice.

President Trump asked the senior partner in Lieberman’s law firm- Attorney Marc Kasowitz- to represent him in the Bob Mueller investigation. Lieberman said it was a conflict of interest and so he withdrew from consideration for the post.

“I have no regrets. I'm honored that he asked me, but I'm glad to be where I am in life,” said Lieberman.

These days Lieberman is working part-time at the law firm in New York, as well as Co-Chairing the Blue Ribbon Study Panel on Biodefense- a bipartisan group exploring biological threats to the U.S.

"The basic point is to take a look and see whether America is ready to protect our people from a biological terrorist attack and an infectious disease epidemic,” said Lieberman.

Lieberman wrote in the piece, "her election in November would make it harder for Congress to stop fighting and start fixing problems."

Ocasio-Cortez is a member of the Democratic Socialists of America.

"I don't want it to be a signal to the Democratic Party that it should move further and further left,” Lieberman said Tuesday. “If the party moves too far left, I just don't think it's going to have a chance to be a successful party."

Speaking of the Democratic Party, his former foe, Ned Lamont, is now running for governor against Bridgeport Mayor Joe Ganim.

We asked Lieberman to weigh in on the race.

“I've been following it sort of from a distance, I'm not actively involved in elective politics anymore,” said Lieberman, “You know I don't bear any malice toward Ned Lamont because we ran against each other. I've seen him a few times at meetings since then he's a perfectly fine person and I admire him for wanting to be in public service. Joe Ganim I've known for years, I like him a lot, and respect him.  He's really asking for a second chance.”

Lieberman also went on to praise a Republican candidate.

“I don't know all of the Republican candidates, Mark Boughton is on the ballot.  He’s somebody I've known and I've admired for the job he’s done in Danbury, so I'll leave it to the voters of Connecticut,” said Lieberman, “Just the most important is come out and vote!”