MIDDLETOWN — A Connecticut community college is doing their part to make sure students don’t go hungry. Their Magic Food Bus is a creative approach to feeding t... 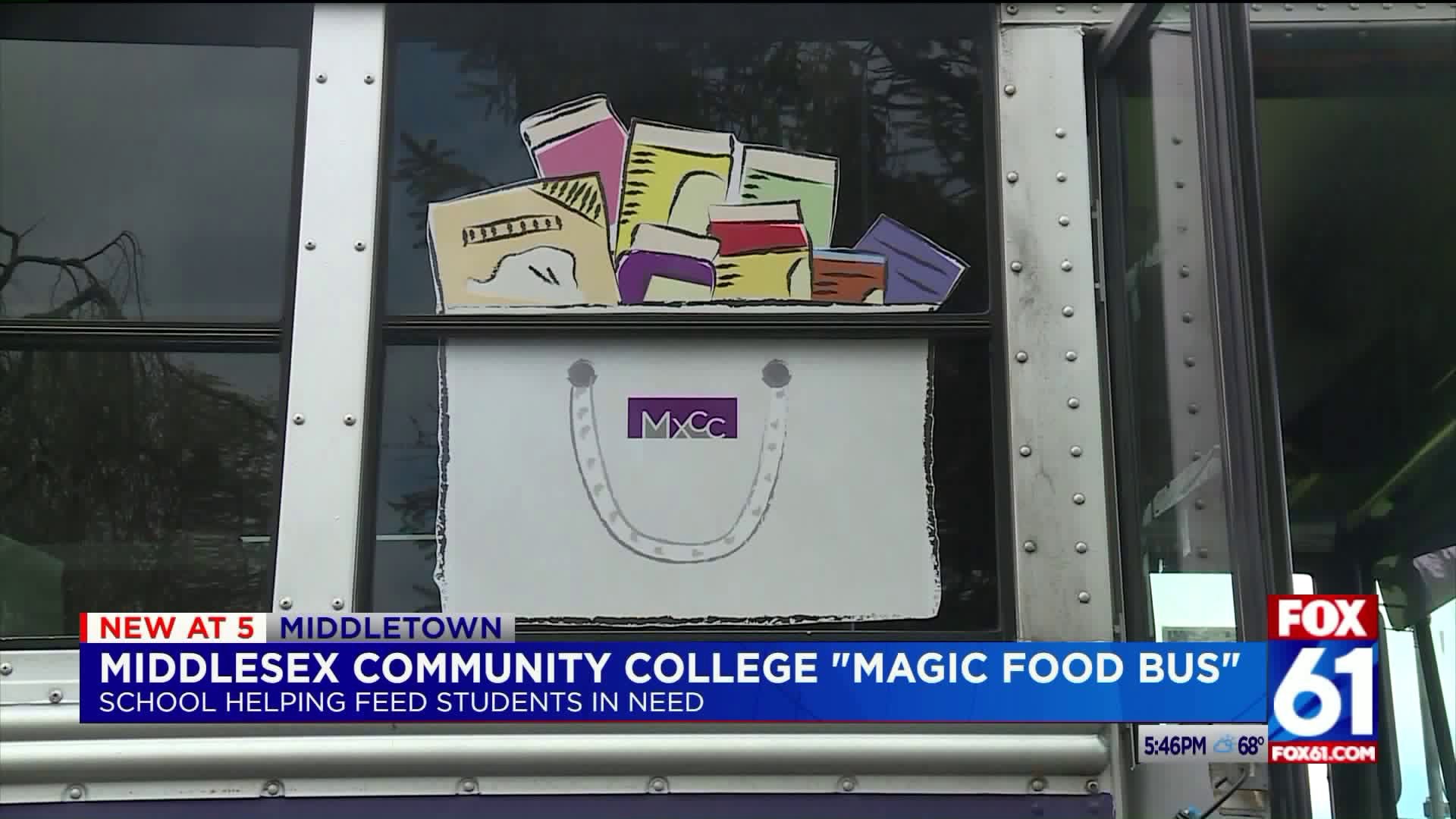 MIDDLETOWN — A Connecticut community college is doing their part to make sure students don’t go hungry. Their Magic Food Bus is a creative approach to feeding the campus. Monday they got a special visitor. United States Senator Chris Murphy. “You can pay your tuition bills, but you can’t make enough money in order to eat,” said Sen. Murphy.

For nearly 3 years now, the converted party bus has been serving students sustenance from its shelves. Gary Lambert is the Magic Food Bus Intern. “Food insecurity looks like me. I can’t afford to eat from the cafeteria every day on a continuous basis and buy nutritious food so if I need a granola bar or a juice box or a cup of noodle soup just to hold me over until I can get something to replace it I can come here to the Food Bus and obtain that,” he said.

They serve more than 200 shoppers a year, students and staff. They encourage them to grab a quick snack to fuel their academic success. “Hunger is a big barrier to completion,” said Sen. Murphy. “Just like a car, the better gasoline you put in it, the better performance you get out of it. It’s the same way with a student,” said Lambert.

The Magic Food Bus is supported by a Veterans Memorial herb garden on campus. The fresh vegetables they grow gives them a nutritious local produce pipeline.

Senator Murphy’s visit comes on the heels of a new report showing housing and food insecurity as the “hidden cost of college.” The Senator has some ideas to fix it. “Allow more kids at college to become eligible for food stamps,” he said. Right now someone has to work a minimum of 20 hours a week to be eligible for food stamps. “Second, we need to increase the pell grant,” said Murphy. Pell grants only cover about 29% of the average cost of tuition, fees, room and board.

After the tour, Senator Murphy sat down for a discussion with students and staff to go over the report and take their ideas back to Washington.

All of the food stocked on these shelves is donated from the community. They have another different food pantry at Platt High School in Meriden.