Service dog made a police K9 for a day, fulfilling bucket list

MIDDLETOWN — A woman’s service dog has been battling cancer and does not have much time to live. Before her four-legged friend says goodbye, Shannon Hartz... 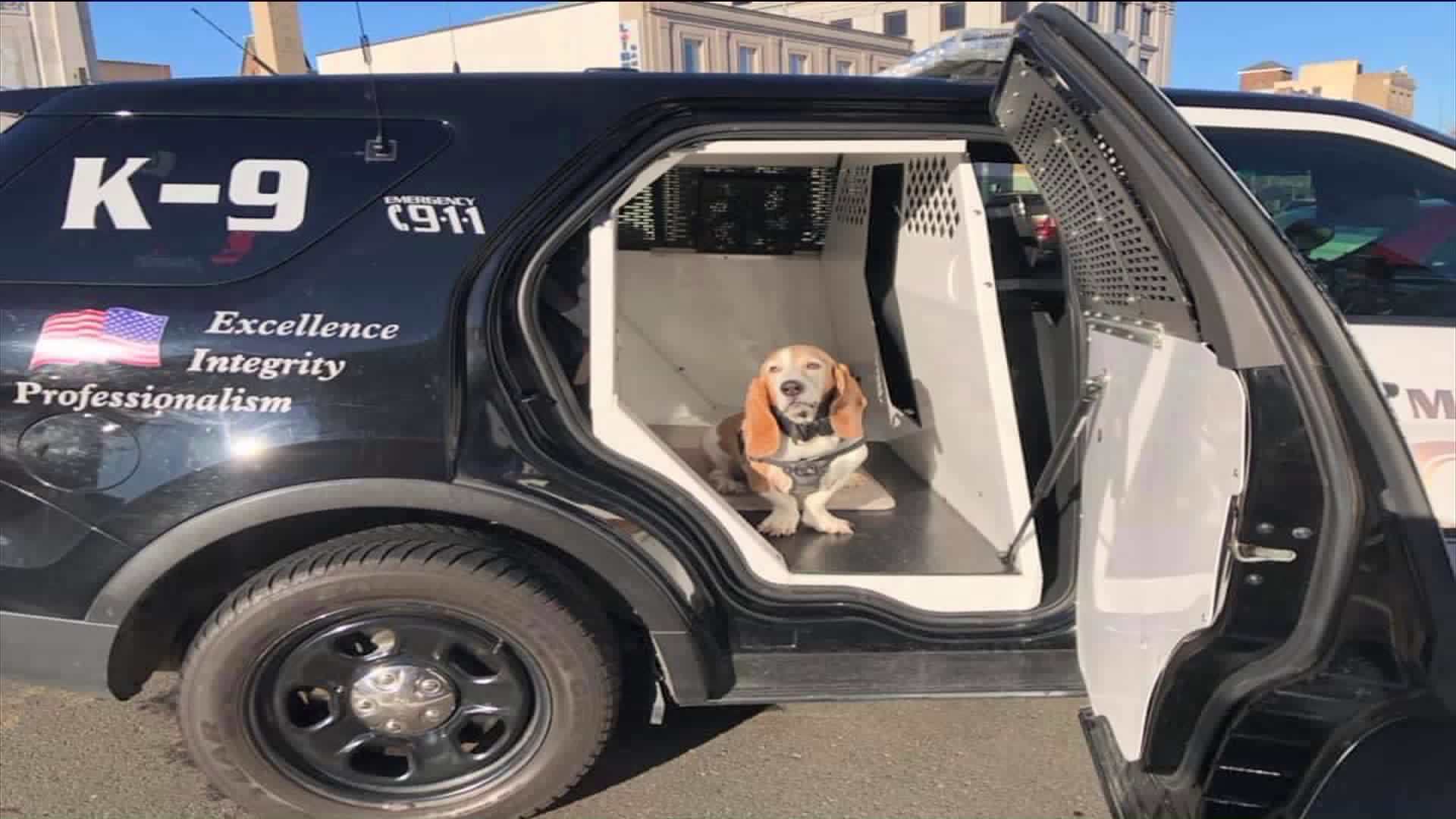 MIDDLETOWN -- A woman’s service dog has been battling cancer and does not have much time to live.

Before her four-legged friend says goodbye, Shannon Hartz wanted to check off his bucket list.

12-year old Baxter is a Bassett Hound who is battling Mastocytoma also known as mast cell tumors. While Baxter has been a service dog for his entire life, he has always wanted to be in law enforcement. It was Friday morning when the Middletown Police Department granted Baxter’s wish.

Hartz told FOX 61 she adopted Baxter when he was the size of a floor tile at just three months old.

“They’ve never seen a dog look at their person the way he looks at me,” said Hartz of Middletown.

Hartz has a condition that prevents her from walking and participating on social activities. That is where Baxter comes in – he even volunteers at the Wadsworth Glen Rehab Center as a therapy dog.

“He has been that best friend, that comforter, that protector, everything that you wanted and needed in anybody or anything. He’s been there for me,” added Hartz.

However, the memories they share may soon be cut short. Baxter’s tumors are growing larger in size each day.

Hartz wants Baxter to leave happily by checking off his bucket list. On Friday morning, members with the Middletown Police Department picked up Hartz and Baxter at their home.

“He got a patch and got to meet the other K-9 and Diesel and we just went for a walk down Main Street and came back and I give him a B+ for his first day on the job,” added Hartz.

Baxter might be a service dog, but he wants everyone to know he is a tough cookie too. From ride sin the police cruiser in his K-9 uniform to getting a certified patch, Baxter’s dream in law enforcement came true.

For now, Hartz is collecting as many pictures as she can of her best friend knowing one day he will no longer be there.

“Just hold your babies a little closer tonight and appreciate everything you have. It goes so quickly,” added Hartz.

Before Baxter was diagnosed with cancer, he suffered from four strokes after a major surgery and currently suffers from a heart murmur.

Hartz said she just wants everyone to keep Baxter in their thoughts for whatever may happen down the road.