SHELTON – Parents with kids attending Shelton schools have been asked by the Superintendent to have an alternative transportation plan in place just in ca... 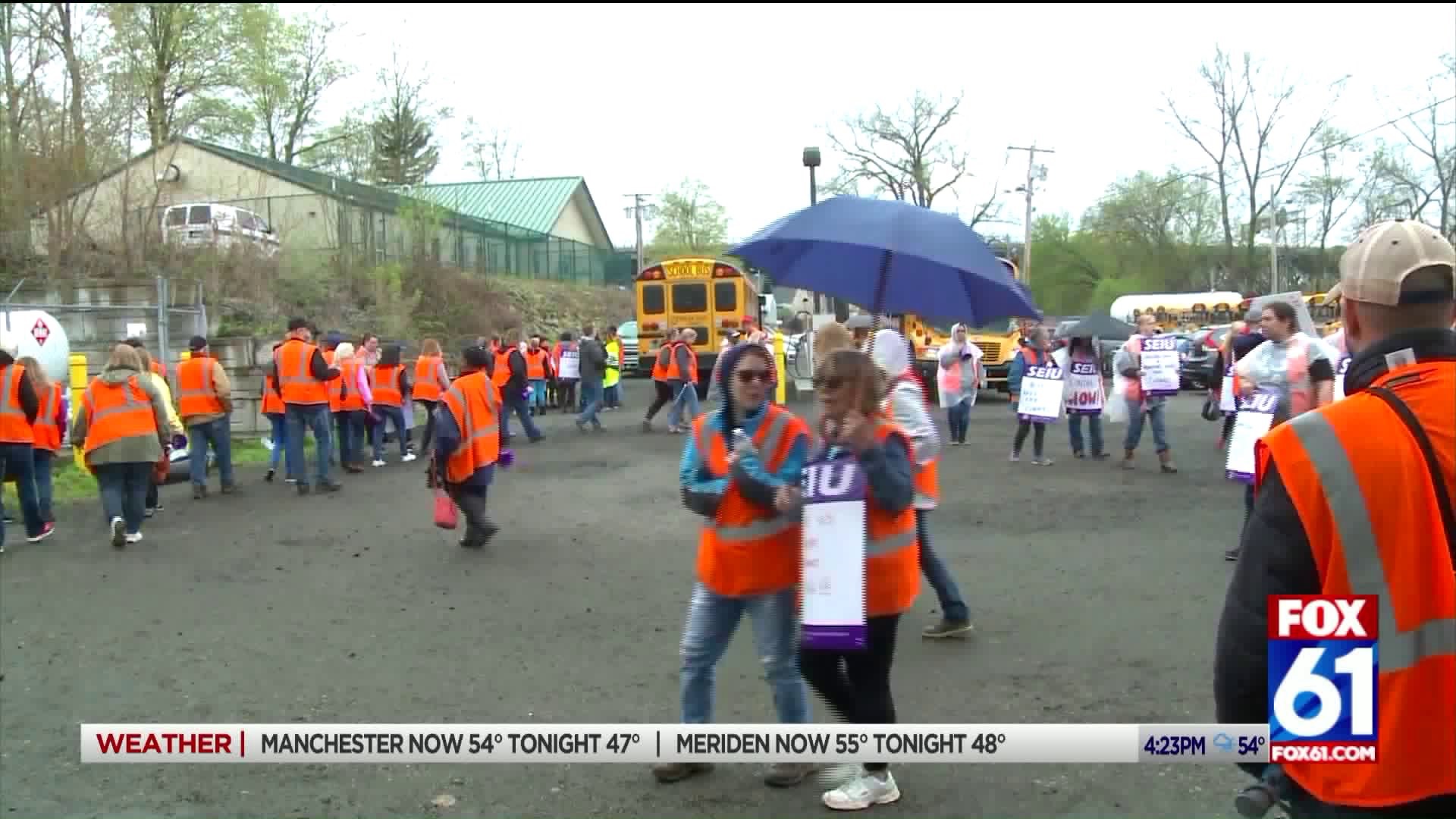 SHELTON - Parents with kids attending Shelton schools have been asked by the Superintendent to have an alternative transportation plan in place just in case the school bus drivers and monitors go on strike.

The drivers union voted Wednesday to authorize a strike, if negotiations continue to go nowhere.

Friday morning, many of the 103 union members from Shelton walled a picket line at the bus yard.

“We don’t want to go on strike,” said Ben Phillips, a Union Spokesperson. “That is a last resort for us. But, you can see from the folks behind me, they are very serious about negotiating a contract.”

Durham School Services took over the busing contract before the start of the school year.

The previous contractor, Landmark, had negotiated a new contract with the drivers and monitors that included better wages and health insurance.

“When Durham School Services came in, they decided not to recognize that contract,” Phillips said.

“For everything they offered, there was something that they wanted to take off or take away from us and most people when they actually realized that they said hey,” noted Darrell Hickman, a Shelton driver, and union steward.

The drivers are scheduled for another meeting with the bus company on Monday.

“Hopefully, we could can come up with something fair and we show up to work like we want to want Tuesday,” said Angela DiMauro, a Shelton driver.

Shelton’s Superintendent of Schools, Chris Clouet, sent a letter home to parents of students asking them to prepare alternative transportation plans in case there is a strike.

“I think it’s premature to put a notice out publicly to the parents of something that may or may not happen,” Mayor Mark Lauretti (R-Shelton).

Clouet said transportation for school trips and athletic events might also be compromised, in the event of a strike. But, Lauretti says that’s not true. And, he had advice for Clouet.

“Spend your time and your effort working on getting this thing resolved,” he said.

Lauretti said he understands the union’s frustration and wants them to feel comfortable knowing the city will take over the school bus service after this school year.

“They’ll have a solid and stable relationship with the city because, you know, I deal with unions every day, for the last 28 years,” the Mayor said. “We don’t have these issues.”

The bus company did not respond to Fox 61‘s request for comment.