***Click here for the latest weather forecast*** MILFORD — Another nor’easter, coming in at high tide, is causing one Milford beach community to brace, ag... 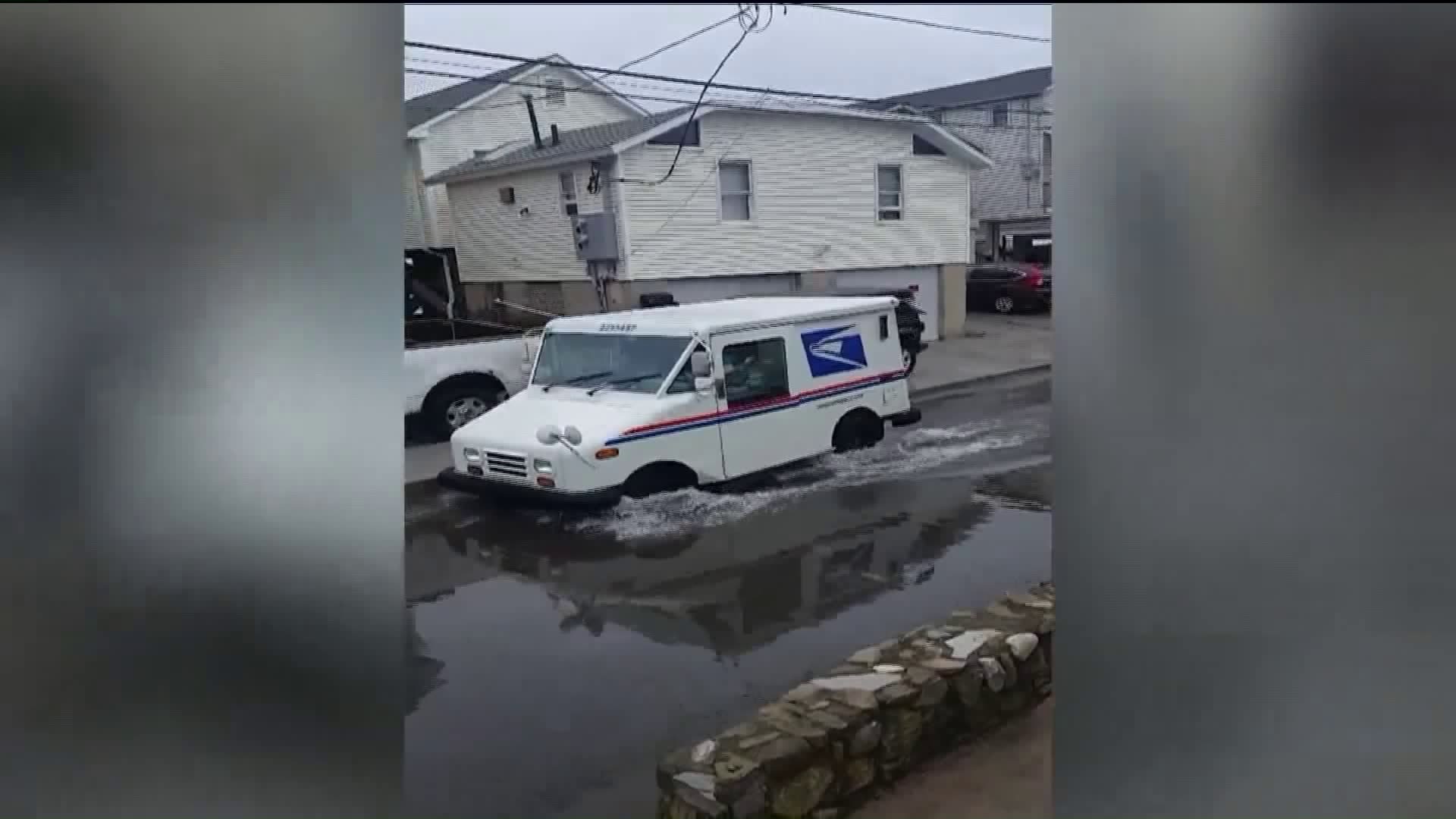 MILFORD -- Another nor’easter, coming in at high tide, is causing one Milford beach community to brace, again.

Field Court, in the Bayview Beach neighborhood, could easily be renamed Water Way, for as often as it is underwater

In fact, even when there is no rain, the streets flood during high tide

“The street is set at a lower elevation than the water at high tide, so it back charges through the storm drains,” said Peter Mauritz, a 14 year resident of the neighborhood.

With high tide expected to coincide with the peak of the storm, early Saturday afternoon, Folks who live there are all resigned to the fact that there once again going to have to once again move their cars a couple of blocks away from their homes.

But, it is not as bad as it used to be, Mauritz says. Super Storm Sandy resulted in many shoreline homeowners being required to raise the height of their homes.

“There were days when you’d get water splashing on the bedroom windows on the second floor,” Mauritz said. “Those were the days you knew you were in trouble waking up.

In neighboring West Haven, today was all about the low hanging fruit.

“Preparing catch basin tops,” said Tom McCarthy, the city’s Commissioner of Public Works. “We are street sweeping under all the railroad underpasses. The known hotspots. Barricades are out already.”

And, they are taking a proactive approach elsewhere, including with early garbage runs.

“That will lessen the likelihood of debris flying around and causing us problems later,” McCarthy said.

Milford ‘s Public Works Director, Chris Saley, says not only will his team keep an eye on several coastal communities for flooding, but they’re very concerned about what the forecasted high wind gusts could do to trees that still have all their leaves on them.